In case you missed it yesterday, it was confirmed that Call of Duty: Modern Warfare Spec Ops Survival Mode will be exclusive to the PS4 for one year thanks to Sony and Activision’s marketing deal. Obviously, this hasn’t gone over well with the Call of Duty community, and now Infinity Ward has given an official statement regarding it.

Taking to the Modern Warfare subreddit, Infinity Ward Senior Communications Manager Ashton Williams posted a message clarifying that Modern Warfare Spec Ops mode is not exclusive to the PS4, but rather, just a sub mode of it.

We have made many changes this year with the goal to make the entire experience better for all of the Call of Duty community, including no season pass, crossplay across all platforms, and that all post-release maps and modes will be coming to all platforms at the same time. We understand that some may still be disappointed to not be able to play classic Special Ops Survival day one, we hear you. Please know that we are working hard to make sure this is the best Call of Duty we’ve ever made and the best experience possible for fans.

Over on Twitter, Studio Narrative Director Taylor Kurosaki also answered fan concerns about this latest controversy to hit the game. 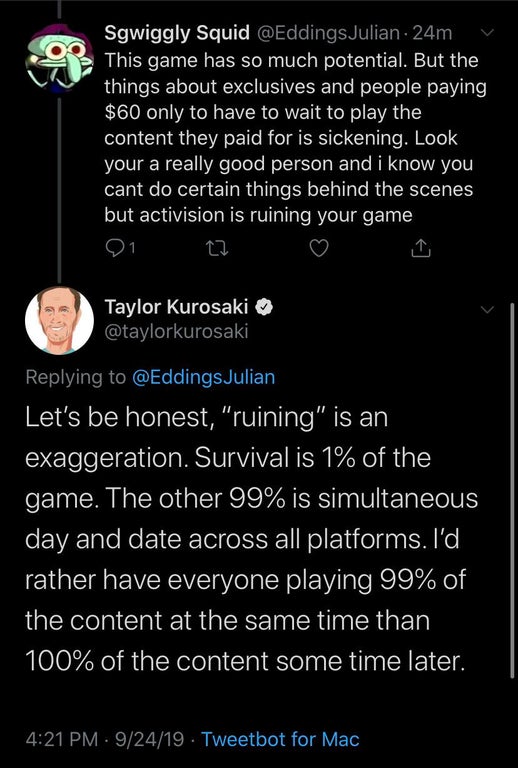 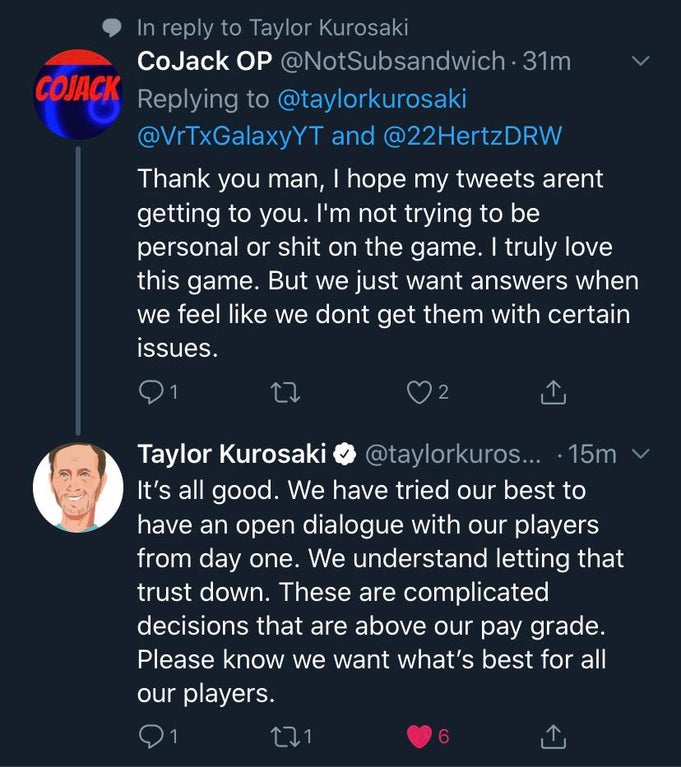 While it’s never good for a game to lock something from players just because of what platform they want to play on, this is a tad better than having specific maps, modes and other stuff exclusive to one platform, no? Time will tell if this affects the game’s sales, and let’s face it, just based on Kurosaki’s statements, it’s clear it’s Activision who’s behind all this and not Infinity Ward.

In other Modern Warfare news, a new rumor has cropped up stating that guns will be part of the stuff tucked away in Supply Drops (loot boxes)! If so, this might be a bigger issue than the Spec Ops thing.