While we’ve already seen a ton of Call of Duty: Modern Warfare multiplayer, the same can’t be said for the single-player portion of the game. Sure, Infinity Ward teased that we’ll be getting a proper Modern Warfare campaign reveal, but now we know just exactly when — at least, sort of.

Over on Twitter, the official Call of Duty account, we got the “Road to Launch” plans for Modern Warfare, and it includes schedules for the Modern Warfare campaign reveal, Spec Ops premiere, and more. 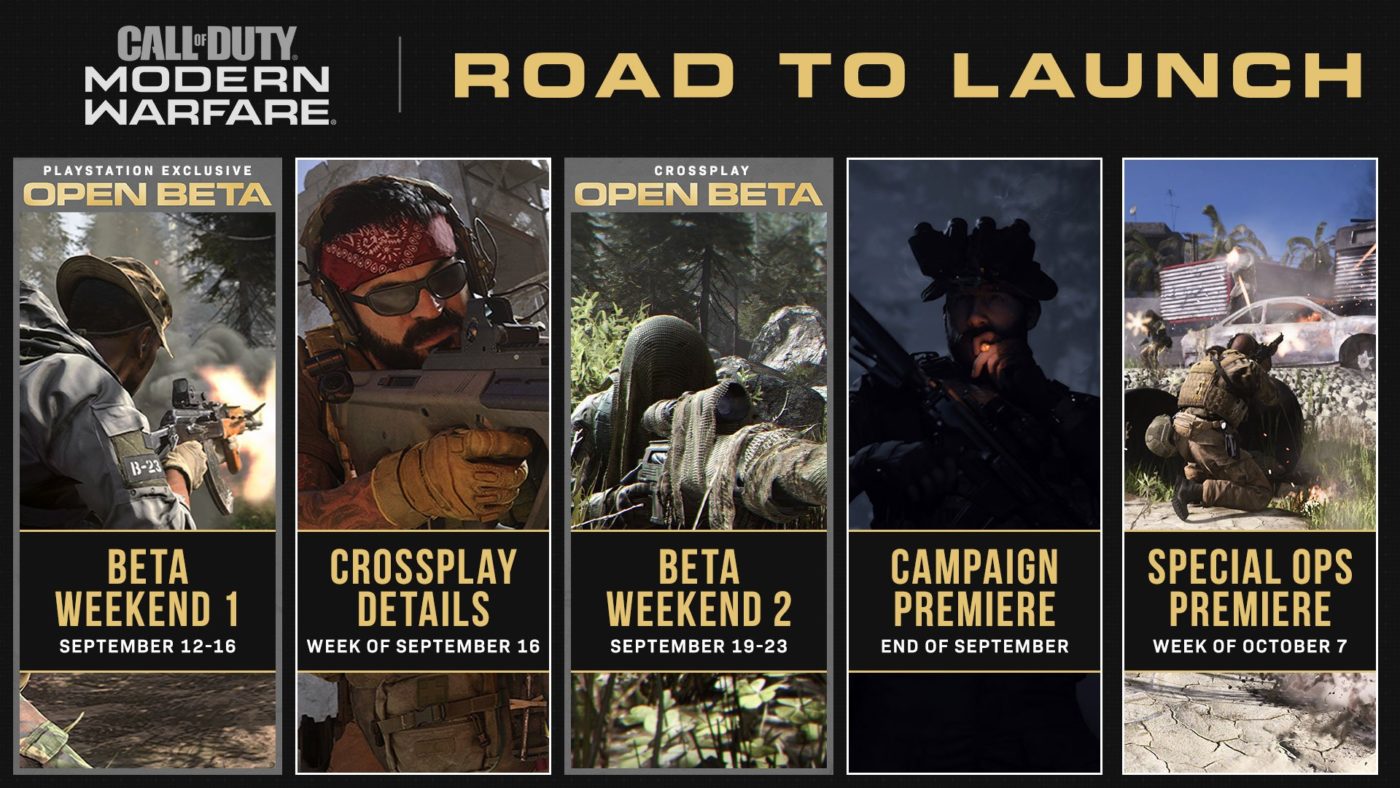 Speaking of the campaign, if you’re one of those people that hate it when the protagonist (your character) doesn’t speak at all in the game, don’t fret! That won’t be the case in Modern Warfare! Over on Reddit, a fan asked whether the game’s protagonist will be talking in the campaign, and Art Director Joel Emslie confirmed it, and even said that we’ll be able to see what the character looks like.

There you have it, folks! We’re getting the Modern Warfare campaign reveal in the last week of September, and we’ll even be able to hear our character talk.

In other Modern Warfare news, it’s now been confirmed that gun charms will be in the game. A rumor has also cropped up that perks will be added to the game post-launch, but it’ll be free.