It seems another one of Call of Duty’s customization options will be in Infinity Ward’s Call of Duty: Modern Warfare, and that’s Modern Warfare gun charms (weapon charms). This was confirmed earlier today by Amazon UK, which posted exclusive in-game bonus content for ordering through the online retailer. 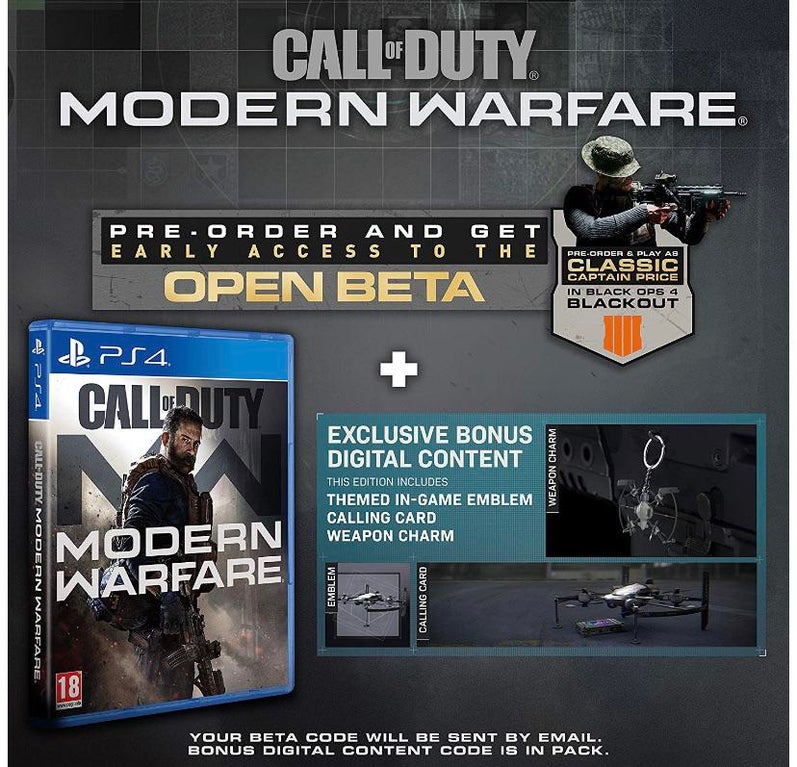 Let’s just hope that Infinity Ward makes it so that once you unlock it, you can equip it for all weapons, and not the way Treyarch did it for Black Ops 4.

Speaking of microtransactions, Infinity Ward says they’ll talk about it closer to launch, and that they’re pushing for a “player-first” system.