Ubisoft has just held its’ earnings call for the last quarter. As part of the presentation, the publisher put together a list of the best selling franchises of the current console generation to stack its’ own titles against other publishers.

Ubisoft’s list is based on physical unit sales tracked by NPD, GFK, Chart-Track, and Nielsen, as shown below: 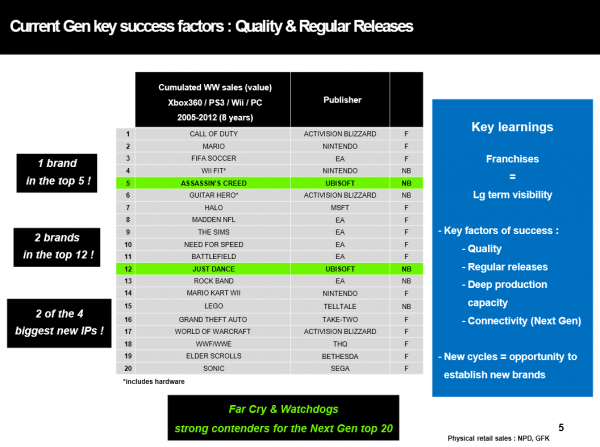 Activision’s Call of Duty placed first with Halo and Battlefield coming in 7th and 11th respectively. Of course, compared to other shooters, Call of Duty is the only series to see yearly new releases. 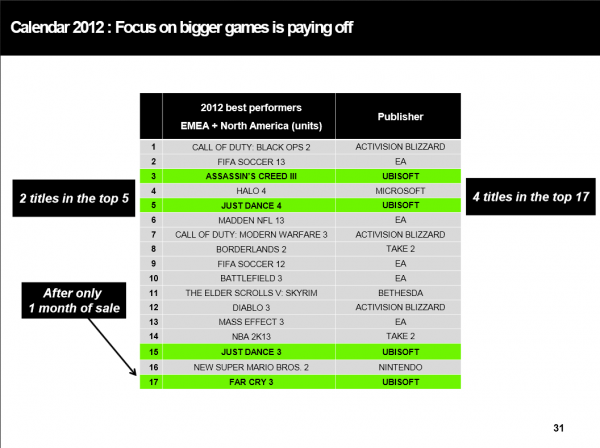 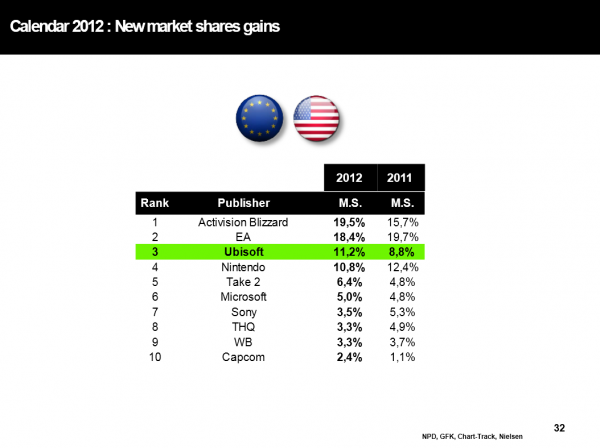 Lastly, Activision and EA traded places in the last two years as the leader in terms of the market share.

Looking ahead, Ubisoft hopes that it will  “lead to record sales for the industry,” and the publisher is utilizing “new IPs to capitalize on PS4′s launch,” starting with Watch Dogs.

Black Ops 2 Uprising Gets a PS3 and PC Launch, Check out “The Replacers” Behind-The-Scenes

Black Ops 2 Uprising Gets a PS3 and PC Launch, Check out "The Replacers" Behind-The-Scenes