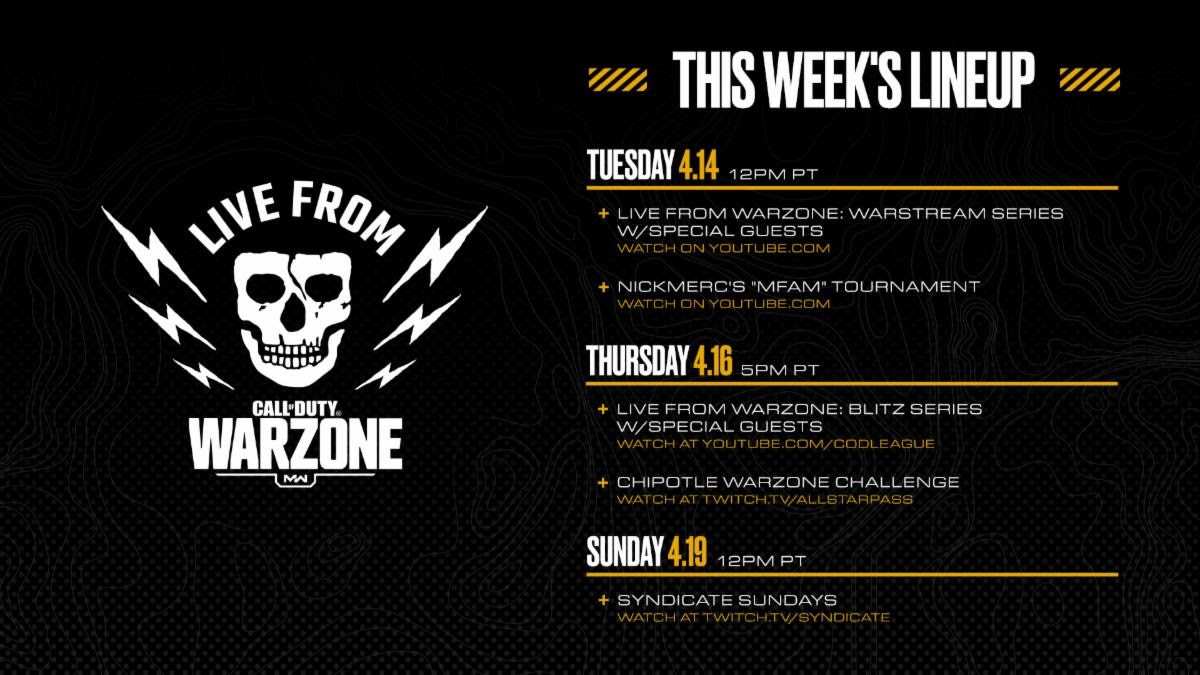 Stuck at home? Want more Call of Duty: Warzone in your life? If so, Activision has just the ticket! The “Live From Warzone” weekly livestream series has been announced, and it starts today at 12 noon PT!

Warzone fans can expect Call of Duty League pros with “familiar celebrity faces” to square off in the free-to-play battle royale game. Each team will stream for two hours to rack up wins, kills and top plays! Here’s a trailer for it and the schedule:

The stream times (all in PT) are below:

On Thursday, April 16, Call of Duty League players will once again stream Warzone live in the Call of Duty League YouTube channel. There will be five teams – Atlanta FaZe, Florida Mutineers, New York Subliners, Minnesota RØKKR, and the Seattle Surge that will complete to be the best. To make the fights more exciting, expect two CLD casters to be doing the play by play.