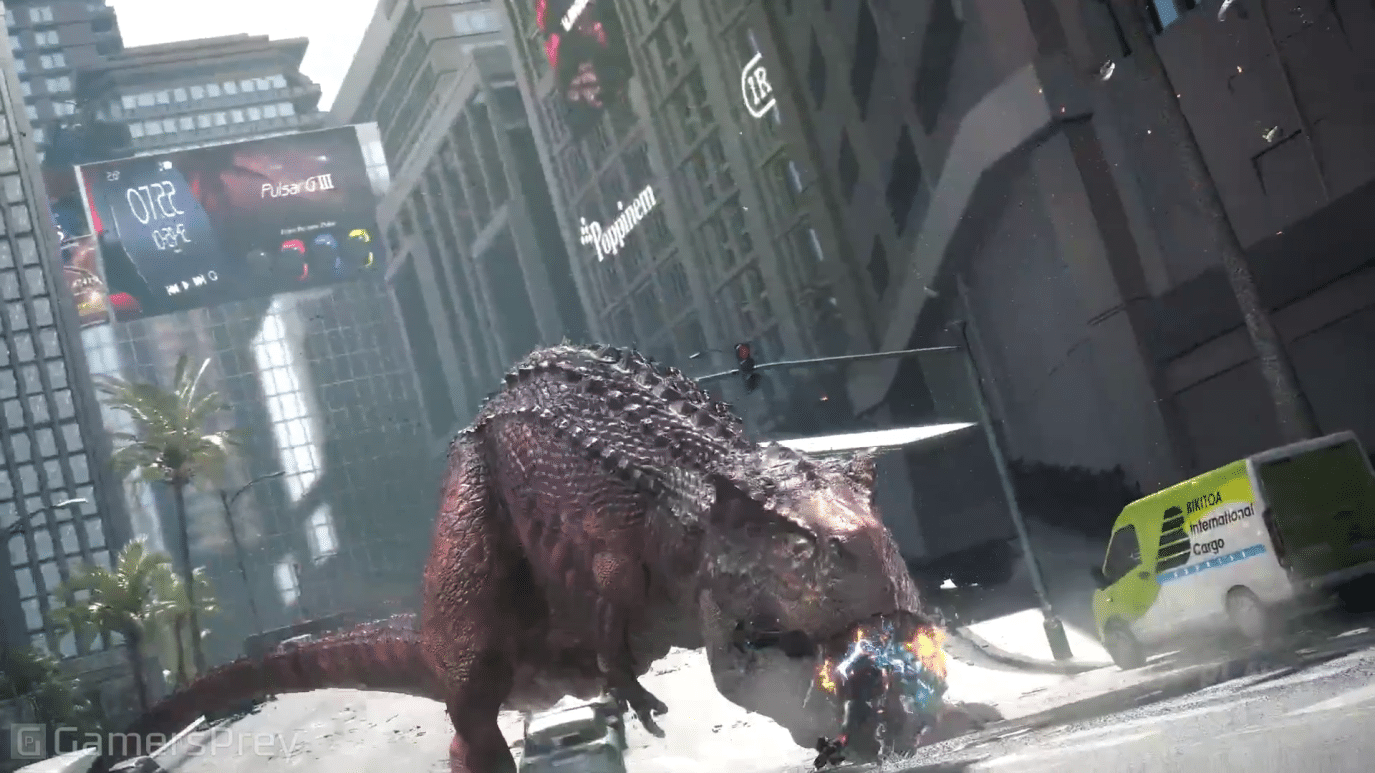 During Sony’s State of Play today, Capcom brought a new trailer that announces their new action game “Exoprimal.” It’s like if Anthem crossed over with Dino Crisis, and it had a heavy PvE slant on things.

Check out the announcement trailer below that features what seems to be gameplay.

No firm release date yet other than “2023,” and the wording seems to indicate that this will be for the PS4 and PS5, though we can’t say for certain whether this is a timed exclusive, or a full-on exclusive for Sony.

If you ever wanted Anthem with dinosaurs, then this is just that

It’s 2040 and the planet is in crisis. Dinosaurs are appearing from thin air and laying waste to cities across the globe. Threatened by history’s deadliest creatures, the world turns to the powerful Aibius Corporation and its revolutionary technology for help. The company’s next-generation AI, Leviathan, can forecast where dinosaur outbreaks will occur and deploy Exofighters to the area. Armed with state-of-the-art mechanized combat armor known as Exosuits, these warriors represent humanity’s last hope.

Exoprimal pioneers a new multiplayer experience rooted in co-op – but with a competitive edge. In the game’s main mode, Dino Survival, teams fight for every breath against countless dinosaurs while racing to complete missions before rival squads in 5v5 matches. A dynamic mix of objectives keeps players on their guard and ensures each match is different form the last. Exofighters will need to stay on their toes as hunts transition into precious cargo deliveries or desperate last stands against relentless assaults. Opposing teams are even given opportunities to tackle adversaries head-on and impede their progress. While Exoprimal is purely focused around multiplayer, a narrative is interwoven throughout the game. Players can sink their teeth into the world’s rich history and colorful characters by unlocking new story threads and piecing together the mystery behind the dinosaur outbreaks.

Exofighters are always outnumbered and must work together to overcome overwhelming odds. Their Exosuits come in an array of classes, each playing a distinct role in combat. Assault models like the marksman Deadeye and the melee-oriented Zephyr excel at cutting down enemy swarms. Meanwhile, tanks such as the shield-bearing Roadblock and support types like the vital Witchdoctor help keep everyone alive to fight another day. Every model is outfitted with a unique armory and special abilities. Players can even swap between Exosuits on the fly to overcome any situation, no matter how dire.

Returnal New Content and Co-Op Coming in “Ascension,” Out in March 22 With Update 3.0