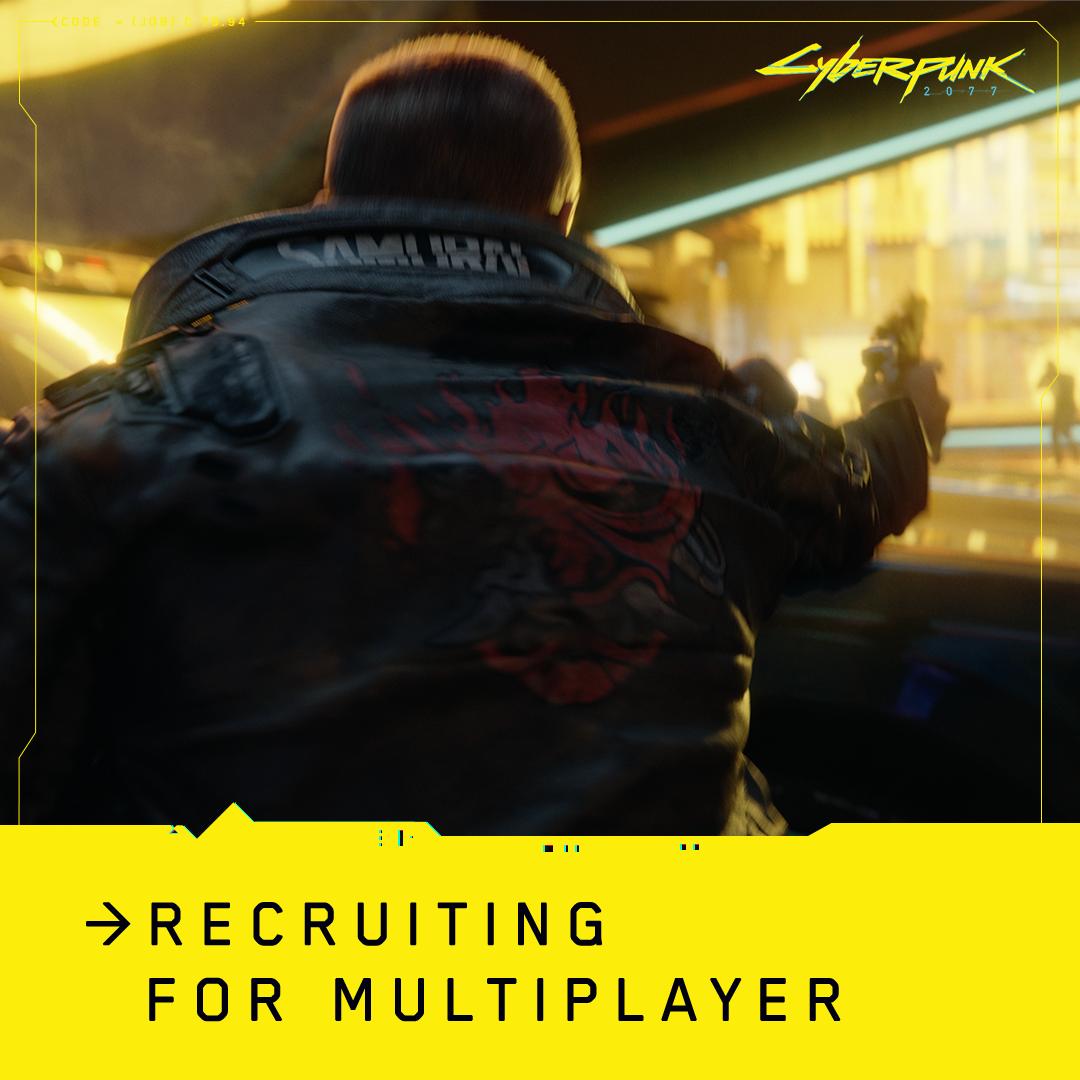 CD Projekt Red Reveals Cyberpunk 2077 Multiplayer is in the Works

Earlier today CD Projekt Red revealed that Cyberpunk 2077 multiplayer is currently in development with the studio. So far all that we’ve seen of the upcoming RPG is single player, but now we know for sure that multiplayer will be coming to the game at some point in the future.

CD Projekt Red announced news that multiplayer is in development for Cyberpunk 2077 earlier today via a Tweet. Check out the Tweet below and read on for more detail.

2/2 The plan for now is to deliver Cyberpunk 2077 in April, then follow up with DLCs (free!) and single player content, and — once we’re done — invite you for some multiplayer action.

As you can see from the information they shared, CD Projekt Red is currently focused on completing development of the single player campaign for Cyberpunk 2077. After that, they’ll be working to ensure that their post-release plan for free additional content is followed, launching new content for the game on a regular basis. This is what the developer did with The Witcher 3 Wild Hunt, and it was extremely well received by fans, since at the time it was far more common for content to be held back from launch and sold to players months later.

Once Cyberpunk 2077’s free single player content has been released, the plan is for CD Projekt Red to launch the multiplayer mode for the game. There’s currently no word on what the game mode will look like, or how multiplayer could even be implemented in the main game. It looks as if CD Projekt Red isn’t totally sure what the game mode will look like either, since they’re asking for developers who want to work on the game, geared specifically towards the multiplayer mode, to get in touch.

While this mode is still in the early stages of development, the fact that it has been considered at all shows that CD Projekt Red cares about what their community want in their games. This is a great step in the right direction for Cyberpunk 2077.