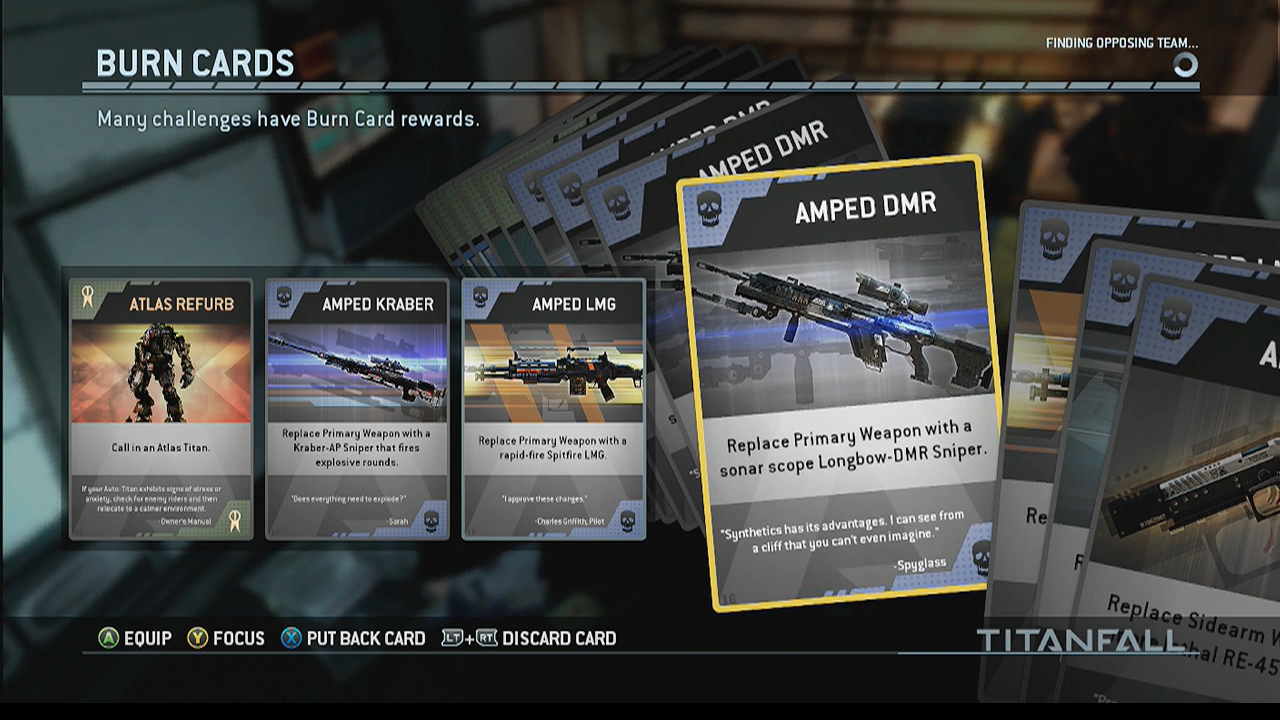 In Titanfall, players can earn what Respawn Entertainment calls Burn Cards that grant your soldier special abilities for the entirety of one life.

We talked a little bit about them in our Titanfall preview and our interview with Titanfall game director Steve Fukuda, but in Respawn’s words, they are a way to encourage players to stay alive as long as possible, to give new players a fighting chance, and to add a touch of randomness to the gameplay. Players can equip up to three Burn Cards per match that are earned by completing in game challenges. They offer a wide range of awards – 50, in fact, according to users on NeoGAF.

Redditor Druidika has compiled images of these card which you can check out in his album below. (You might need to give it a sec to load, as there are a lot of them.) Six of them have not been revealed as of yet, so you’ll only find about 44 cards in the album, but the remainder of them have been compiled in this list below in accordance with recent Titanfall leaks listing a number of new weapons.

If you haven’t yet, you can catch the last two rare cards, the Ogre and Stryder Titans, in action right here.

Have you had the chance to try out any of Titanfall’s Burn Cards in the Xbox One and PC beta? Which ones are your favorites so far?