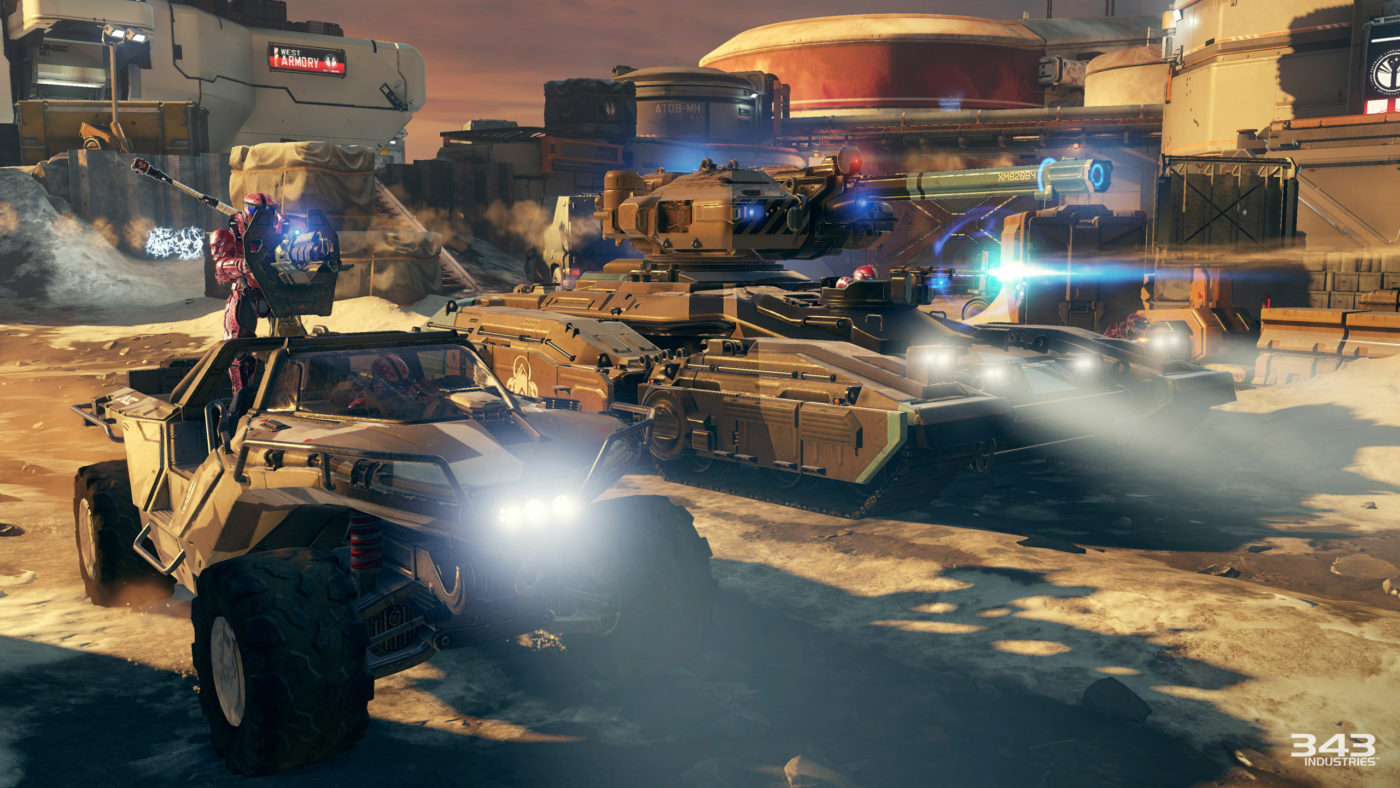 More details of Halo 5: Guardians’ Ghosts of Meridian update have surfaced, courtesy of 343 Indutries’ latest blog update, including the full round of new REQs that Spartans will be able to earn. 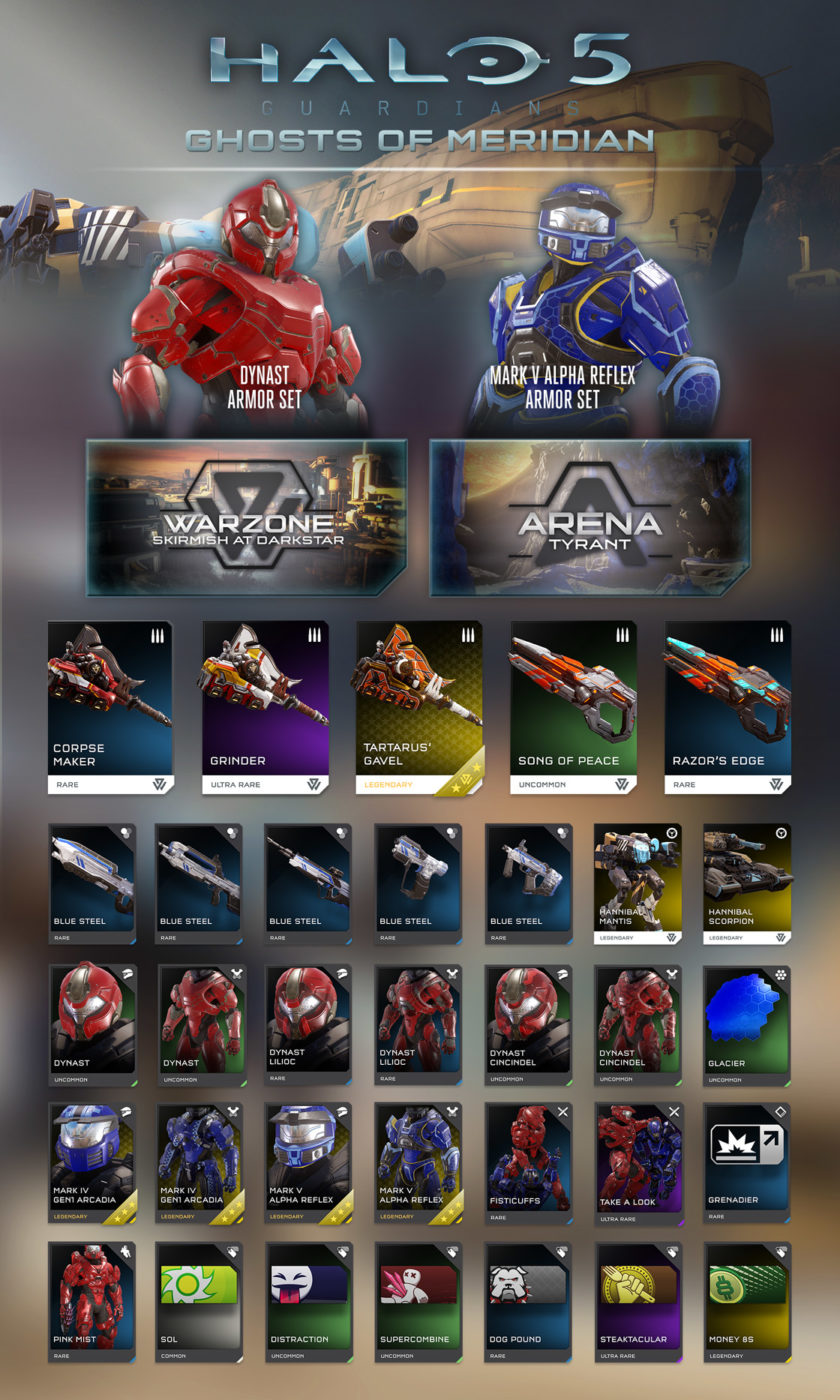 April is right around the corner and Halo 5: Guardians fans know exactly what that means: so too is the game’s next big, free content update that developer 343 Industries is calling Ghosts of Meridian.

In addition to the standard affair of new REQs, Ghosts of Meridian will deliver two brand new multiplayer maps — one for Arena and one for Warzone — that gaming website Gamespot was able to reveal earlier today.

Arena fans should get excited about Tyrant, specifically, because 343 is finally offering up a non-UNSC-themed arena map that is instead based on Foreunner architecture. Known as “Site C” by human explorers, Tyrant is the remains of an ancient battleground where the Forerunner and Flood once clashed.

Meanwhile, Skirmish at Darkstar is Halo 5’s smallest and most dense Warzone map. In it, the studio hopes to facilitate many styles of play and create confrontation between the two teams right from the start of a match.

Big thanks to Gamespot for the first details on both maps:

Gamespot writes, “This is a small-scale symmetrical map that was made for Capture the Flag and Assault game types. Proficient snipers will want to head to the weapon pad, where strong sightlines are available in the Blue and Red bases. Players who prefer close-range combat can head for the Scattershot and do damage that way.”

Gamespot writes: “This is Halo 5’s newest–and smallest–Warzone map. Though it was announced earlier this month, we now know a lot more about it. The bosses you’ll face may prove to be more formidable, as some Promethean bosses will zip around in hijacked UNSC vehicles, while other bosses can call in reinforcements. Players can also make use of various gates across the map, opening and closing them strategically to their benefit.

After Ghosts of Meridian, Halo 5: Guardians is due for three more free updates throughout the rest of the year, one of which will deliver the return of the highly anticipated Warzone Firefight mode. Keep your sights on MP1st for updates!