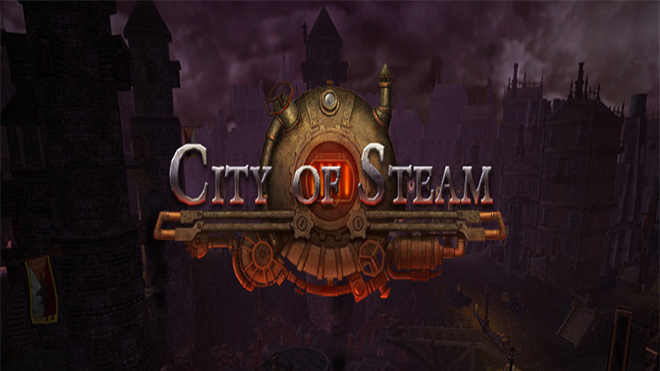 Recently featured in our list of upcoming 2013 multiplayer titles to look out for, I decided that we would go a little more in-depth with the newly introduced title, City of Steam. Who better to introduce the game than Yifei, a developer working at the indie studio, Mechanist Games.

“Hi guys, my name is Yifei and I work for an indie games developer, Mechanist Games. We’re working on City of Steam, a free-to-play browser-based MMORPG.

First off, I’d like to thank James and David for allowing me to discuss our game here.

To those that don’t know what City of Steam is (no surprise, we’re an indie developer, so getting widespread recognition is relatively harder for us), it’s a browser-based MMORPG featuring a mix of industrial fantasy and steampunk elements, lightweight enough to play smoothly on even non-gaming computers and accessible straight from your browser. Even then, thanks to Unity 3D and a lot of in-house tools, we’ve managed to still make it look quite impressive, and all stored in but a few megabytes.

City of Steam evokes an industrial age fantasy set in a mechanical world during an industrial revolution where the boundaries between science and magic have begun to blur, where humanoid steamtoilers patrol the streets and levianthan airships float just above the rooftops. City of Steam is set on the World Machine, a vast and ancient system of interlocking gears powered by unfathomable energies.

There are a lot of updates for City of Steam recently. We just finished our closed beta test and made a wrap-up for the events, and we are working hard to prepare the upcoming open beta test.

If you feel interested in joining our community, you can register from here.


We may be small, but we’re very receptive to player feedback too, and strive to openly discuss the development process. Feel free to drop me a line over on the MP1st Forums or below and I’ll respond to any questions you may have!”