At last, we can stop guessing the exact title of Treyarch’s upcoming Call of Duty.

An IGN UK reader has recently pointed out that Target pre-order cards confirm the title and logo, Black Ops II, and the date, 11.13.12, as expected. 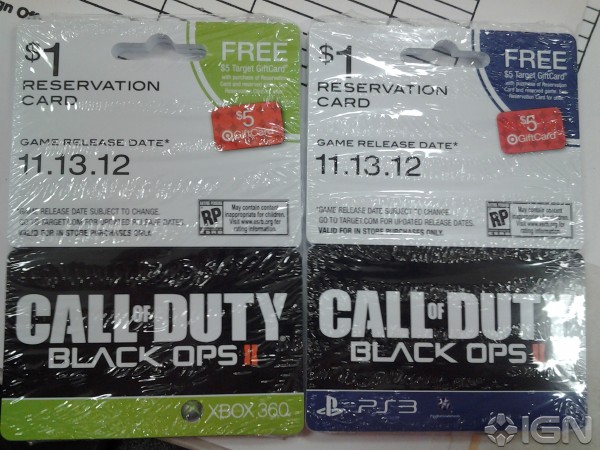 The title was indirectly confirmed earlier when we learned a morse code on the official Call of Duty website read “Black Ops II.” Similarly, the release date has been referred to a number of times and was revealed thanks to this leaked promotional cover.

Make sure to keep an eye on our dedicated Black Ops 2 section for the latest hints, clues and news!

Thanks, Jugulator, for the tip!