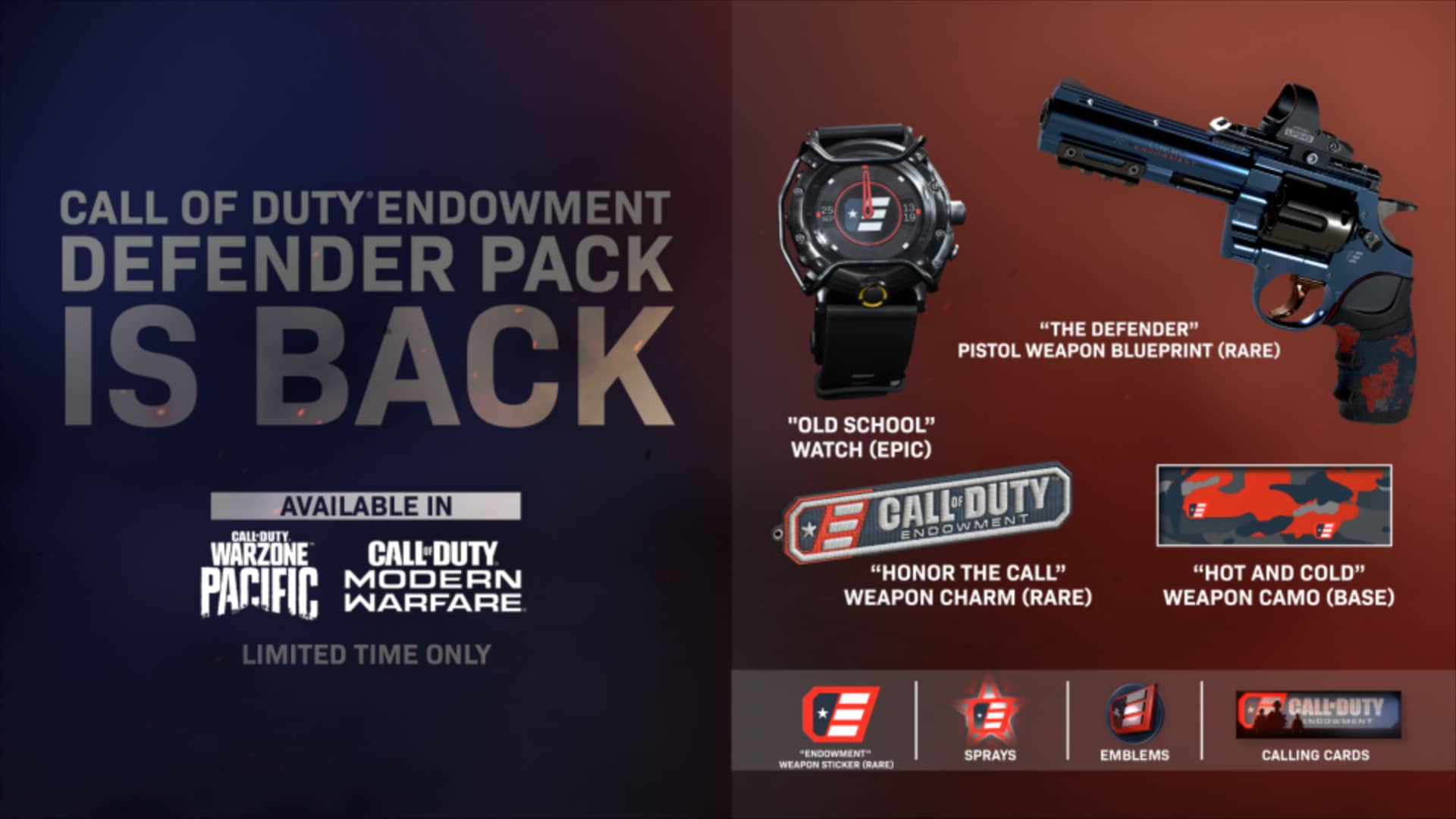 Here’s everything included in the CoD Endowment Defender Pack:

The Call of Duty Endowment’s most popular pack is back by popular demand! Purchase the Defender Pack to immediately unlock the following items:

Instead of an end date, the offer on this pack will end once the program reaches its $2 million milestone. If you’ve ever wanted to support veterans of war while scoring some limited-time items, then this is your best chance to do so!

In other Call of Duty news, a recent investors report has Activision saying that CoD Vanguard failed due to its WWII setting and the overall lack of innovation. Read more about it here.