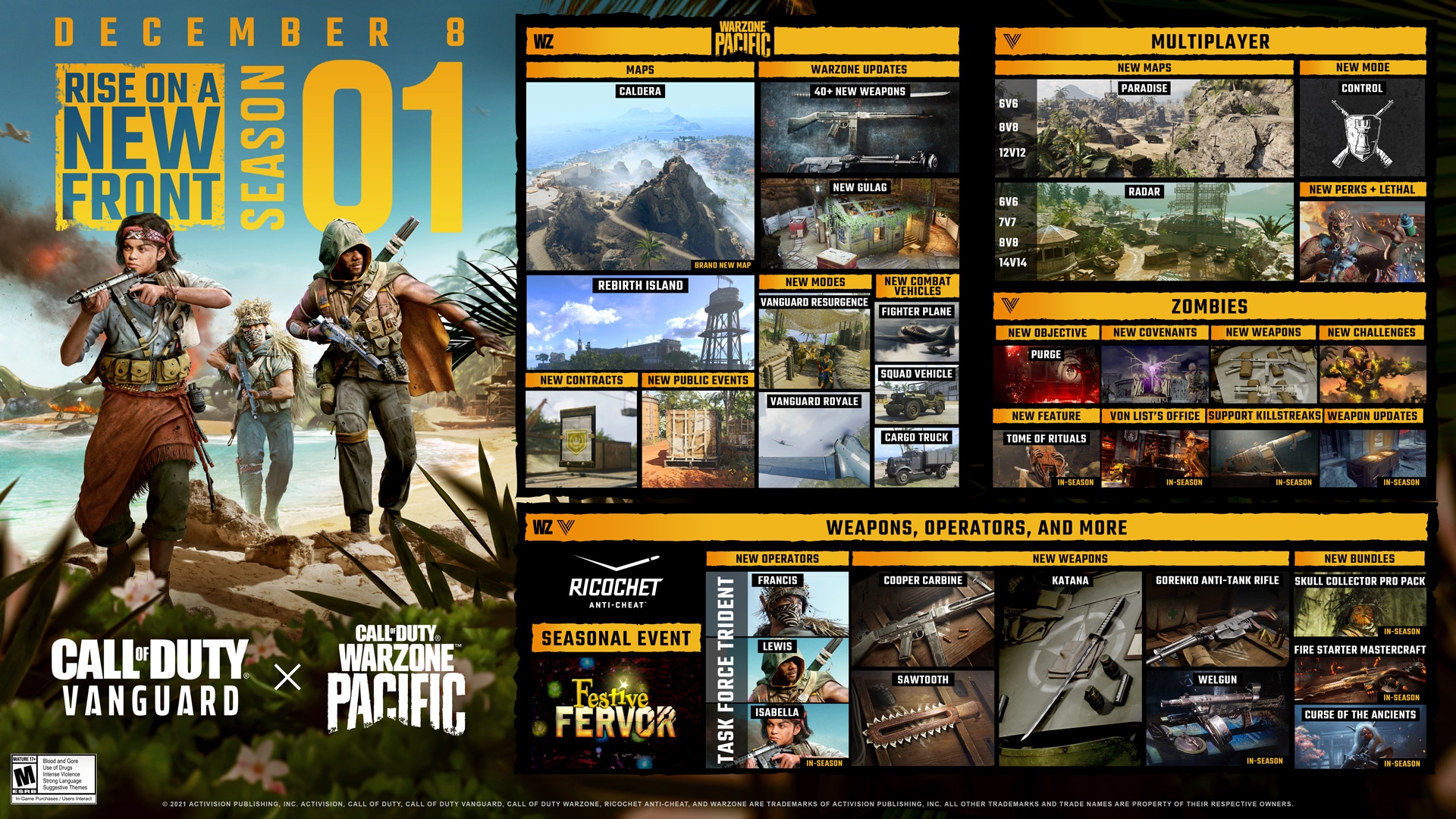 Call of Duty Vanguard players on PlayStation (PS4, PS5), some of you might have been prompted to download a download file today, and this is the COD Vanguard Season 1 pre-load! This is only out for PlayStation gamers, and not for everyone, as Activision is staggering the roll out as to not overtax the servers.

Season 1 of Vanguard starts this December 8, and here’s an overview of what’s coming!

Here’s the at-a-glance view (via Activision):

For more on Season 1, head on over here.