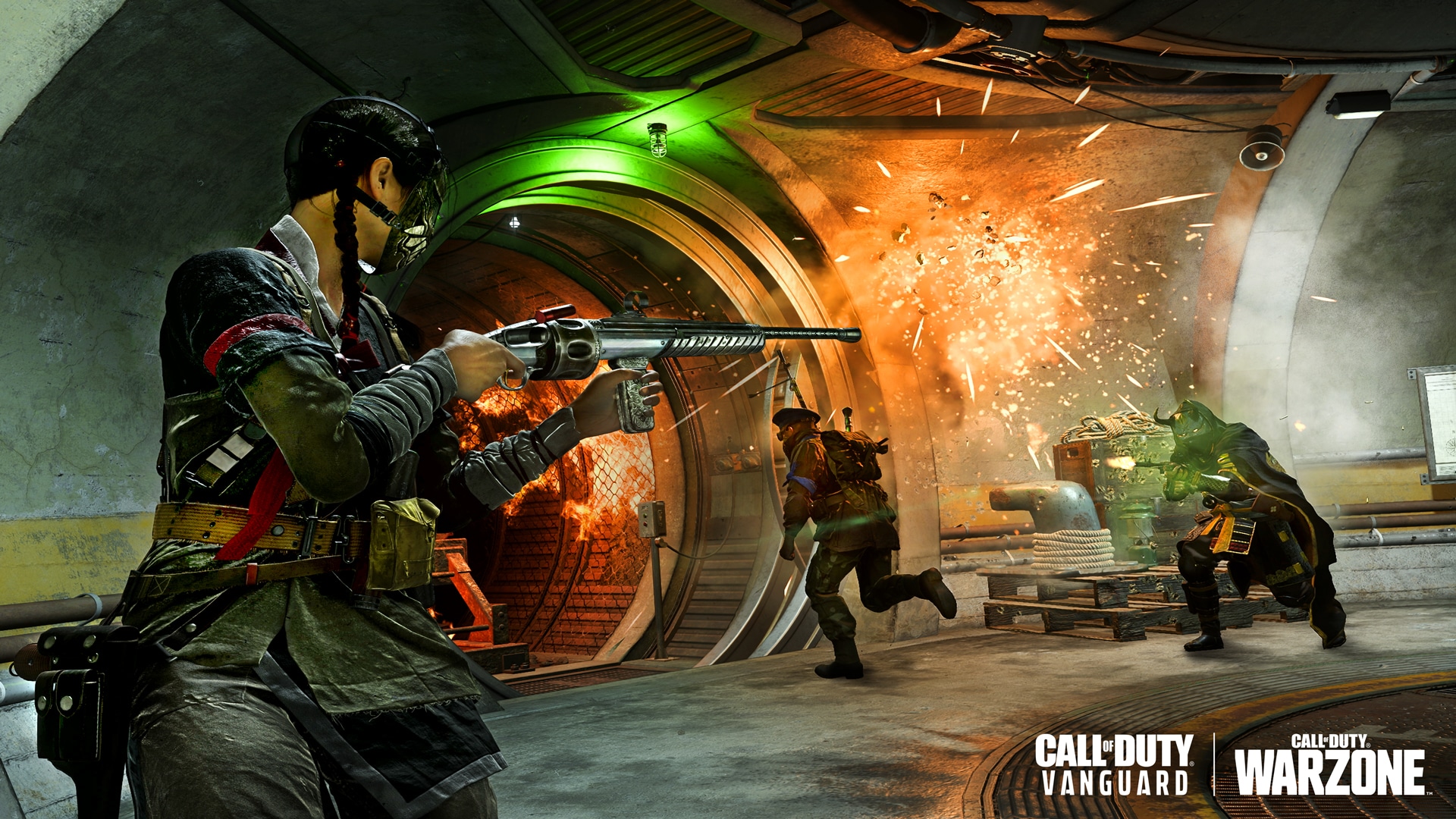 The (Call of Duty) COD Vanguard update 1.18 (PS5 version 1.018) pre-load is now live for PlayStation gamers, and this is to bring the Classified Arms Reloaded data into the game! Note that players won’t be able to access the data/content in its entirey, as the mid-season refresh is set to go live much later.

, but here’s what’s new according to Sledgehammer:

Updates to Vanguard include:

Scenario: you are in a dead sprint across the map when suddenly, a sniper from 300 yards out starts taking pot shots. Somehow, one connects to your head, and you’re out of the game.

Serpentine, the new Perk arriving from Vanguard, hopes to remedy this without completely leaving marksmen out to dry.

Available in the Perk 1 slot for all players after the update, Serpentine’s description is as follows:

“Sprinting reduces incoming damage from bullets, explosives, and fire by 20%.”

Will it be an “auto-pick”? Not necessarily — consider some of the other options in the Blue Perk 1 slot: currently, Double Time (which boosts Tactical Sprint) and Cold Blooded (which directly counters Combat Scout) are two extremely popular choices in the current meta. Then there is Quick Fix, which shaves seconds off health-regeneration time, which the most elite players tend to gravitate toward. And we didn’t even talk about E.O.D., a great Perk for those who despise dying to explosives.

In Call of Duty: Vanguard, Classified Arms Reloaded will bring Sphere, a new small Multiplayer map featuring an underground weapons lab hidden beneath the façade of a coal mine.

On the top floor, battle in the dusty environs of a mock coal mining village, featuring wooden buildings, crates, and natural formations that will make you feel like a veritable gunslinger in the Old West.

Head underground and you’ll be greeted by the Mine, Concrete Tunnels, Workshop, and the central Lab, where Operators can flood in from all sides

The Owen Gun is the most notable slower-firing SMG in this weapon category, but in Classified Arms Reloaded, the H4 Blixen will try and make a claim to power.

In Vanguard Multiplayer, the H4 Blixen delivers a reliable three-shot kill at a farther range than the Owen Gun, albeit with a slower rate of fire. It also has three more bullets per standard magazine and slightly better Vertical Recoil Control, Aim Down Sight (ADS) speed, and reload quickness. The recoil pattern can take time to learn — like all weapons in Call of Duty — but knowing the H4 Blixen’s kick can make it more viable in those mid-range engagements, rather than just have it hold its own up close.

In-theme with Classified Arms, the Reloaded Bundles coming to the store include multiple Mastercrafts of Vanguard weapons.

Look for the Tracer Pack: High Voltage Reactive Mastercraft Bundle to kick off the season, which contains an electrifying Heroic “Stabistor” Sniper Rifle that is sure to send shock waves through your competition.

Also available this season is the Tracer Pack: Dark Aether Mastercraft Bundle, a Zombies-themed pack that should spark some excitement for the first round-based experience in Vanguard, coming soon. Wield the “Dark Jinx” SMG and witness its awesome Dark Aether Tracer powers, effective against both the living and the dead.

At the end of the season, more Mastercrafts will become available, including the Tracer Pack: Tread Lightly Mastercraft Bundle, which features prototype-themed weaponry.

There’s also a gaggle of new cosmetics incoming. Warzone is getting the Classified Arms Reloaded starts  tomorrow, which you can read about here. Once the full patch notes are out, we’ll update the post accordingly.