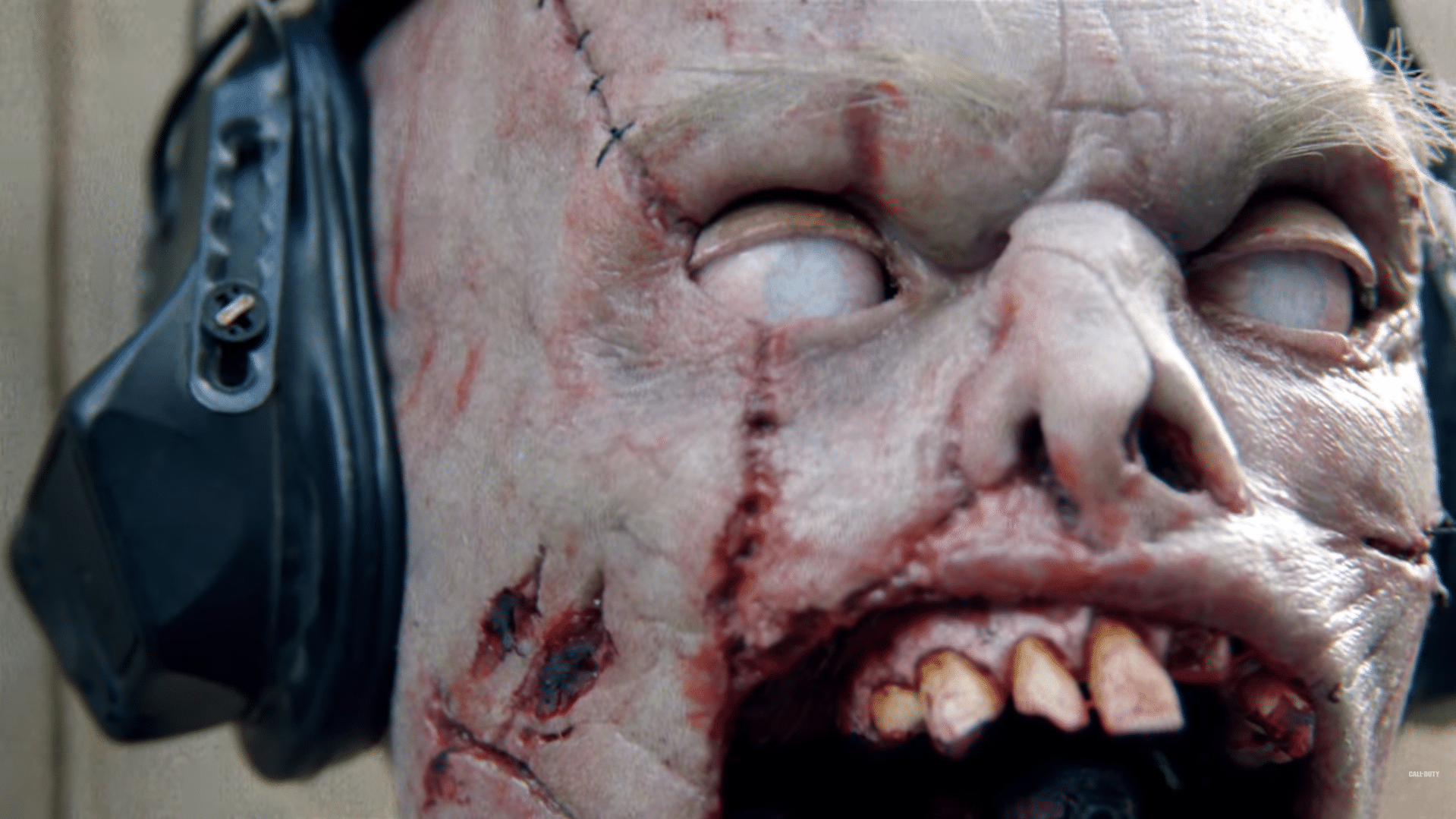 As part of the game’s promotionals before its official release, Activision has created a COD Vanguard Zombies Head Trophy Wall prank to scare Londoners this Halloween. Check out the video below for some lighthearted scares with the occasional disgusting goo spewed at spectators.

As shown in the video, the team set up a zombie head wall of sorts somewhere in London, all under the pretense of being a perfect photo opportunity this Halloween. However, the dismembered zombies head were hiding a naughty secret underneath, as they can be rather violently expressive at times, making for one of the more enthusiastic COD Vanguard Zombies prank promotional materials.

Men, women, and even a dog all fell victim to the zombie heads’ occasional growls and moans. However, some were more unlucky, as they found themselves getting spewed at with disgusting goo. A particularly unfortunate guy in a white shirt found himself spattered completely red, which is a bit over the top, but incredibly effective in making a mark.

COD Vanguard Zombies will be releasing on consoles and PC this November 5.