by Justin Celani
in News, Reviews

Control is the latest game to come from the acclaimed studio — Remedy — that brought us Max Payne, Alan Wake, and Quantum Break.  Due to exclusivity deals though, Remedy hasn’t touched a Sony console in a very long time. So it’s great to finally see Remedy games back on a PlayStation platform and hopefully for the foreseeable future. PlayStation fans have proven their love for single-player story drive game and Remedy aims to deliver. The question is, are you ready to see how strange things truly get? Control is unlike most games you’ve experienced, and that’s a good thing.

The story starts off simple enough. Players will take control, no pun intended, of Jesse Faden. She has been led to a building called the Federal Bureau of Control; a place that seems to be hidden from society; a place that most would never be able to find unless it wanted someone to find it.  This “men in black” sort of organization seems to house some of the world’s biggest and darkest secrets. Jesse is guided by a guardian-like angel that has helped her discover the location, and hopefully some answers to her past secrets. Before Jesse can make it far into the building though, she is confronted by an entity that is labeled “The Hiss” and the building is put on lock down. Coincidence? Or is this all a part of a bigger plan?

Remedy has always gone to great lengths to tell their stories, and Control is no different their other games in the regard. Why Jesse is here, what the FBC does, and other intricate details are all well told whether that’s via in-game cut scenes, documents to find, and videos to watch. They know how to craft not only a story line but a theme that encompasses the whole world they’ve created. In my experience, this always leads to a very immersive feeling, a world carefully crafted. The deeper I got into Control, the deeper I fell under its spell. 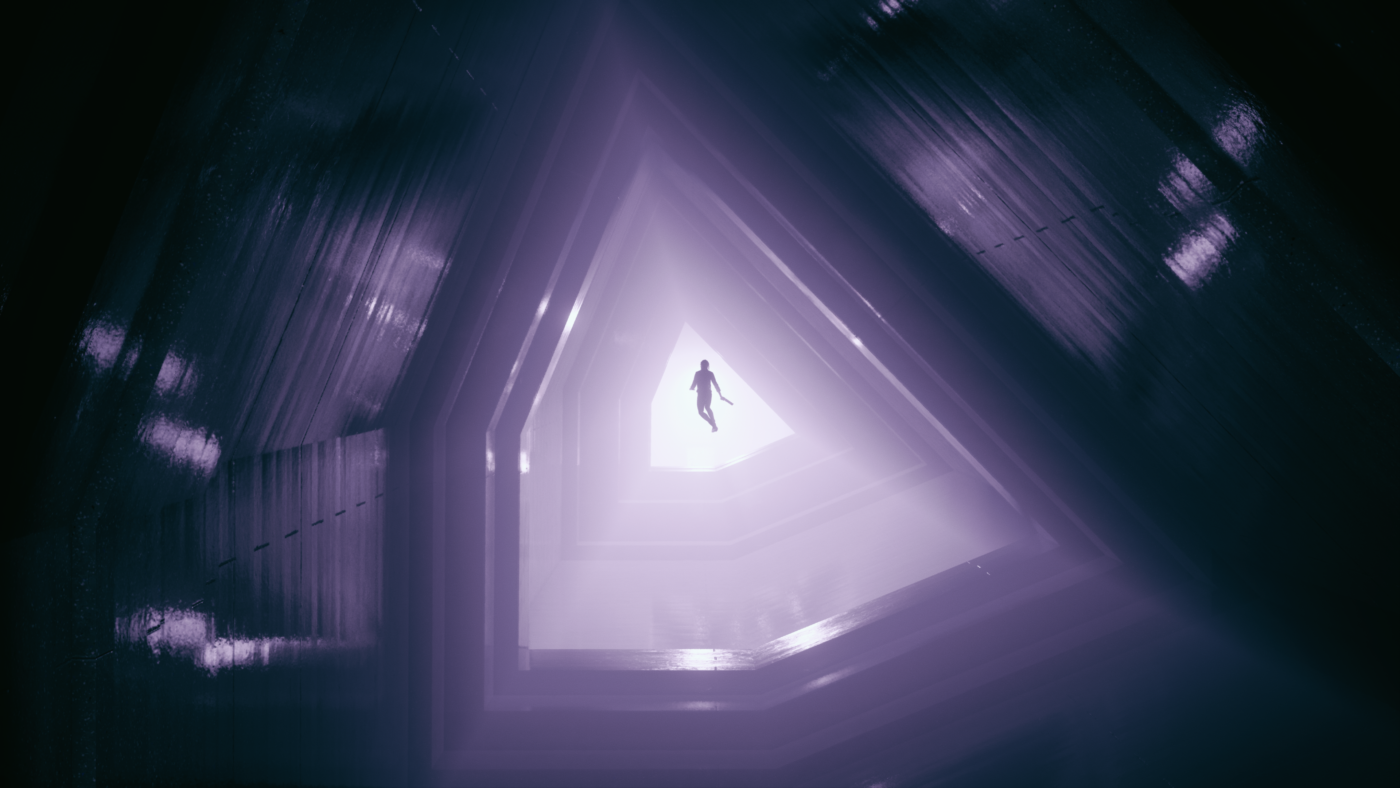 Gameplay in Control is third person-and features a variety of weapons and powers at Jesse’s disposal. The gun that players get early on has the ability to take on multiple forms via unlocks, and with that comes different styles of attack. One feels like a common pistol, another a shotgun,  and one acts like an explosive rocket launcher. Players will be able to shift between two equipped at the press of a button and are upgradable. Certain weapons do feel like they are better fit for certain enemy types, though I felt I could still get by playing with my favorites. The other abilities come from powers Jesse unlocks. The ability to use telekinesis on items from all around the room will be a common staple for attacking. Later she can learn a shield ability, and also the power to levitate and float around the world which really never gets old. These two aspects come together and complement each other extremely well for a smooth controlling experiencing. The weapons and Jesse herself can also equip modification items to add on more stats like better damage or more health. Jesse can also use skill points to upgrade her health, energy, and abilities. The further players get in the story line and the more side quests completed, the more skill points are unlocked. Something to emphasize here, side quests lead to some really awesome, unique, and very creative encounters. While they are not necessary to finish the game, for fans of boss battles, this is the part of the game players truly don’t want to miss.

Control from the outside, much like in the game itself, can appear to look like an average title as far as aesthetics go and even the theme at first glance. A regular run of the mill office environment, concrete walls, and cubicles with some oddness doesn’t go a long way to entice folks. It doesn’t truly inspire some grand adventure or set up to go on. Perhaps that is the first impression anyone would come away with? The old saying applies here to not judge a book by it’s cover. It’s what Remedy is able to accomplish with this setting and flip it — sometimes quite literally — on players, expectations, and perceptions. This is where Control really shines and the further you go, the stranger and weirder it gets. They know how to take a typical setting and sends players on an almost acid-like trip of epic proportions with wild results. I’d be doing an injustice to even spoil a majority of these moments for folks intending to play the game, but after a couple of hours hands on,  I knew Control was going to be a wild ride and it truly never disappointed in that regard.

The building itself is set up with various floors with different sections of development, research and more. Within these halls there are hidden locations, locked doors, and areas that can only be accessed with abilities earned or new key card access levels gained. In a sense, exploration progression feels similar to a lot of Metroidvania-style games and it feels extremely satisfying to be able to go back to an area and find new areas to explore. Getting the levitation ability makes revisiting them take on a whole new approach. I found myself looking for hidden spots or places I couldn’t reach prior with some interesting results. Traversal itself consists of Jesse being able to jump, crouch, and climb up certain surfaces but adding the powers in and taking control of the situation against a group of enemies is always thrilling and never boring. When players are not fighting or dealing with the weird stuff being thrown at them, there are some clever puzzles here also. There was even a hidden one I solved that gave me a ton of ability points and a new golden outfit. It just feels like there could be so many Easter eggs hidden away, and even if there is only a handful, that’s just how wonderful Remedy has crafted this world. It gets you thinking, even after putting the controller down. 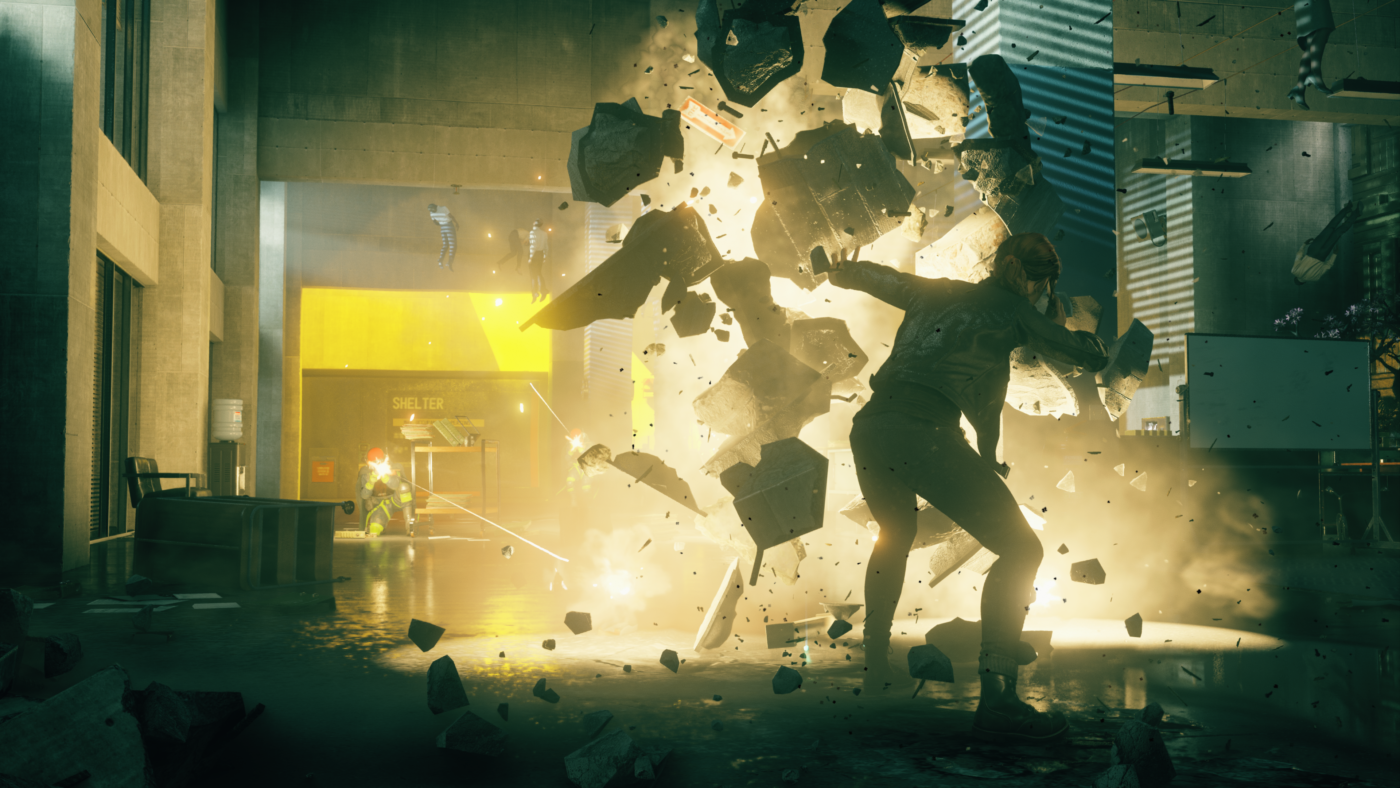 What Comes Up, Must Come Down

Control honestly feels like a perfect fit for the PS4 library. It’s filled with awesome action, greater mysteries, and feels like Remedy at their best. Proving once again they can deliver with interesting narratives, unique ideas, and backed up with their trademark stellar action their known for since day one. This feels like a culmination of all their prior titles rolled together. It has me absolutely excited to continue following Remedy’s future releases. There are some things I questioned like the slow way of dismantling mods or the moments there was some stuttering of sounds while playing on the PS4 version. I could even see some players just really not liking the office environment, even though I felt like it was almost a living entity in itself.I had noticed so occasional texture load issues and performance problems when the action gets heavy. Most the time the game handles the action nicely but when a ton of enemies appear and debris goes flying, it shows. These are all minor quirks and nitpicks on an otherwise superb experience I had. While Control’s story line and themes might not resonate with players as Remedy’s best, there is no denying it’s their boldest game from a design standpoint. Like a fine whine, Remedy improves over time and Control delivers a world flipped upside down, spat out, and realities thrown into oblivion. I simply couldn’t put it down.

Review code provided by the publisher. Levitated and fought through the halls of the Federal Bureau of Control on a PS4 Pro. You can read MP1st’s review and scoring policy right here.

Call of Duty: Modern Warfare Alpha Feedback Being Looked Into Listed by Infinity Ward, Thanks Players for Participating