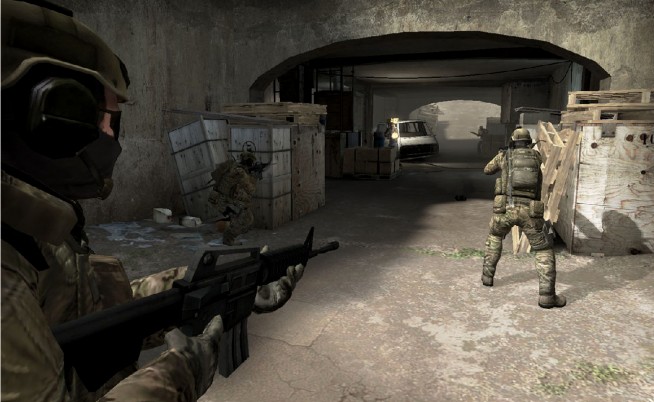 Those enjoying the Counter-Strike: Global Offensive Beta will be treated to an update this Friday according to developers.

“Big content update and changes Friday. We wanted people to play train after the change so they can compare,” stated developers recently.” The “change” they’re referring to in this case was the update made yesterday to the map de_train.

De_train is still going to be the map of choice for the next few days until developers decide to move on to something new this Friday. What has changed recently, however, is the atmospheric haze, something which, according do developers, drastically affects gameplay. The problem is as described on the official CS blog: “Counter-Strike players need to quickly identify their targets, so it’s important that those targets stand out. But as environments have become more richly detailed, it has gotten harder to separate a player from the background. This affects players by slowing their searches for targets, and can be the difference between life and death.”

To remedy this, developers explain that “atmospheric haze (‘fog’) is one of the tools we use to solve this problem. It reduces the visual impact of the distant environment, and when the appropriate amount is used in a map, players become far more distinguishable.” In yesterday’s update, developers “have adjusted the levels of haze in de_train. The adjustment balances the need to make out players at long distances with the benefit of separating players from the background.” They added, “it’s true that eliminating haze would allow snipers to see very distant targets more clearly. However, aside from helping in that isolated case, removing it entirely would slow searches in the vast majority of player interactions. Counter-intuitive as it may seem, a little fog can help you see much more clearly.”

Stay tuned to MP1st on Friday for a list of updates being made to the beta. For now, let us know in the comments below how you find the addition of atmospheric haze on de_train?