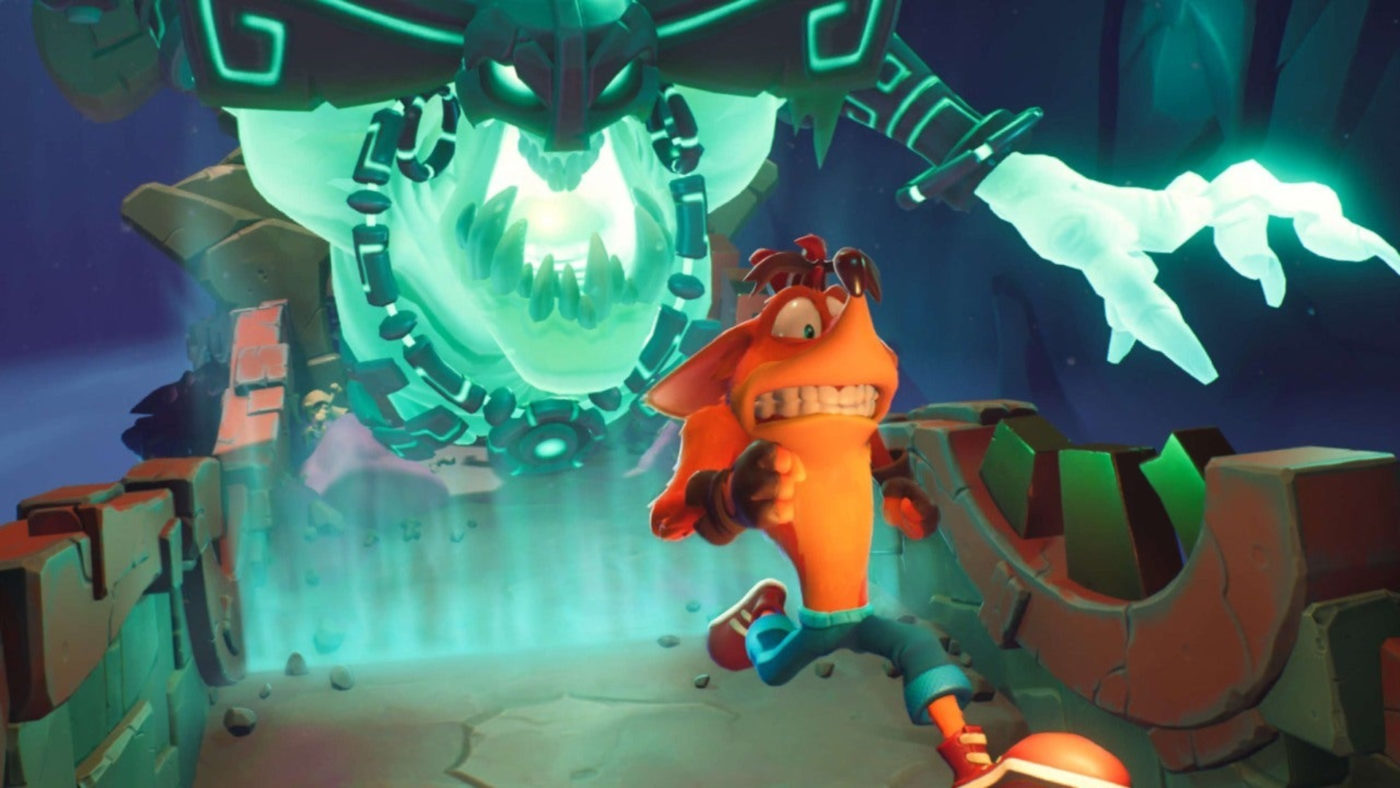 The old lovable PS1 mascot is finally back in a new grand adventure. Set to fix the wrongs of past iterations, we take a look at Toys for Bob’s ambitious sequel to the original Crash trilogy, Crash Bandicoot 4: It’s About Time. Read our full Crash 4 review now to see whether this is an adventure worth taking.

The Crash Bandicoot series just hasn’t been much of the same since leaving the hands of Naughty Dog, and being sold off by Universal Studio back in the ’90s. Countless iterations have come and go, but a majority of fans never truly felt that the series had reached the great heights it had with the original trilogy.

So to much of the surprise of many, Activision ended up greenlighting a remake of the original trilogy, which released in 2017. A stellar collection that received high praise from both critics and fans, which soon after prompted them to go forward with a remaster of Crash Team Racing, which also saw the same level of success as the trilogy release. With two stellar collections of Crash games now under their belt. it was time to start looking to the future of the franchise and thus the announcement of Crash Bandicoot 4 was made, a bold one might we add, since it set to do the wrong that other developers had done with some very lackluster experiences.

The big reason why the Crash Bandicoot N Sane Trilogy was so well received was because at its core, it had the same old games we grew up with, only with modernized visuals. A taste of nostalgia that fans were craving for since the PS1 era. Newcomers of the series may have found them to be rather difficult, but that has and always will be part of the series charm. So of course, expectations were high for what is effectively now the fourth mainline game (eight released) in the franchise, and well, I’m glad to say it does the series right. 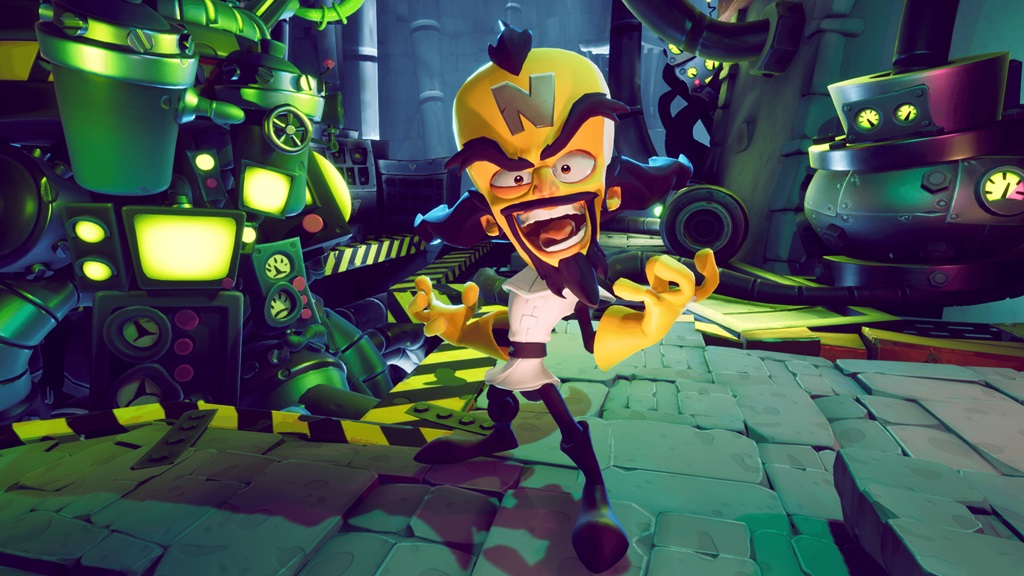 Kicking things off, the story of Crash 4 begins where Crash Bandicoot Warped (third game) ended, with the series’ villains Dr. Neo Cortex, Dr. Nefarious Tropy, and Uka Uka being banished to the prehistoric past. Seeking a way out, Uka Uka, the ancient evil entity, manages to rip a dimensional rift in which both Cortex and Trophy use to escape. Now free of their prison, Cortex and Trophy use their newly found discovery of rifts to conquer the multiverse and control the fate of time. As this is happening, Aku Aku, Uka Uka twin brother rushes to warn Crash Bandicoot of the disturbance, thus their journey across time and space begins.

If it wasn’t clear, Crash Bandicoot 4: It’s About Time is well, about time. Sticking with it’s familiar faces of characters, Crash 4 story feels all familiar, but in a good way. While I personally never laughed at any of the jokes in any of the Crash Bandicoot games, I have always appreciated the light hearted humor they have always had. With Crash 4 I feel it takes the narrative of the franchise to new heights, mostly thanks to the Pixar-like cinematics. Expressions on characters have never looked so better in a Crash game, and while some may be turned away from the cartoon art-style, it’s an appropriate fit considering it retains much of it’s originality in it. This holds very true to not just the plot and visuals, but also the gameplay itself. 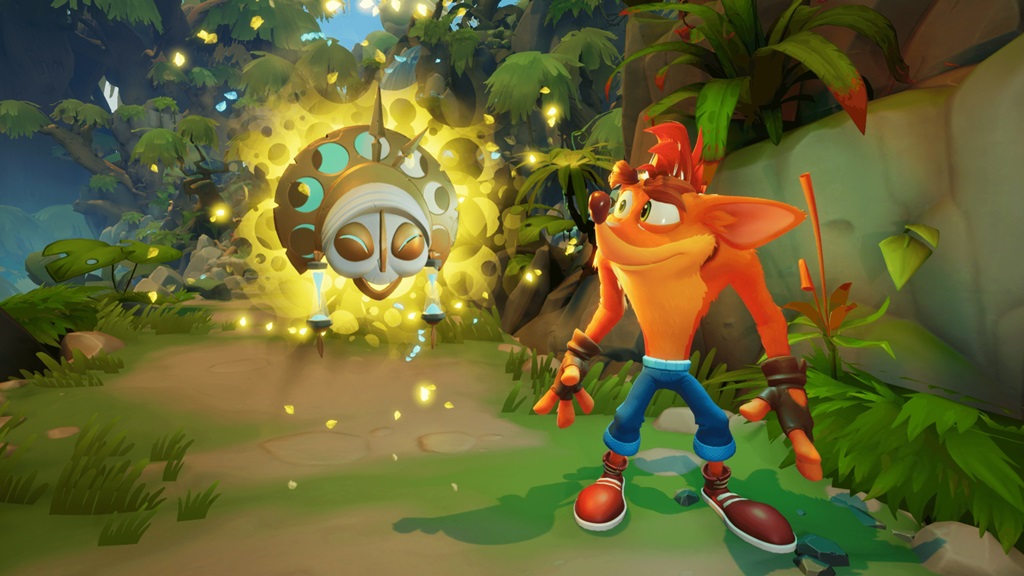 Bobbing, weaving, dodging and jumping, staples of the Crash Bandicoot franchise and when it comes to gameplay, Crash 4 offers just that with enough new. Sticking true to its roots, players can expect an array of levels filled challenging obstacles, both creative and hair pulling at the same time. Taking you through lush green jungles, booming cities, and electrical hazardous factories, the variety is all there and the visuals make it all blend beautifully as you move into motion. While certain sections do have some questionable designs (get to that later), the overall structure of each stage feel wonderful once you begin playing through them. Honestly, they’re designs feel straight out of the minds of the original ’90s Naughty Dog team. Now of course that’s all good for the fans and even for new players, but what about for those wanting a bit of freshness to the gameplay? Well don’t worry, because it has you covered there.

With the central plot revolving around time and space, it’s only natural it features gameplay around just that. Enter the Quantum Masks, a group of four magical entities that each have  their own unique abilities that Crash Bandicoot himself can wield. Slow down time, phase objects, invert levels, and turn into a destructive tornado, the additions of these powers certainly bring a whole lot to the series, and they do so in a way that doesn’t insult or compromise. Levels are enhanced, yet stick to their same fundamentals of giving players a noteworthy challenge.

Perhaps the biggest change for the Crash Series is the introduction of a new mode called “modern.” Basically, it gives players an infinite amount of lives so they can play worry-free from having to restart whole levels. Despite how some may feel about making a game easier, this was honestly a good call on the developers part as it allows the title to be far more accessible than previous entries. I myself played with this mode as I simply don’t have the time or patience to be grinding out a level because I keep dying. In a “Soul”s game it makes more sense since you can level up and brute force your way out, but in the case of Crash those kind of mechanics do not exist. So I think it makes sense to at least offer it, and if you aren’t of fan of it there is still retro mode which gives you those limited number of lives back. 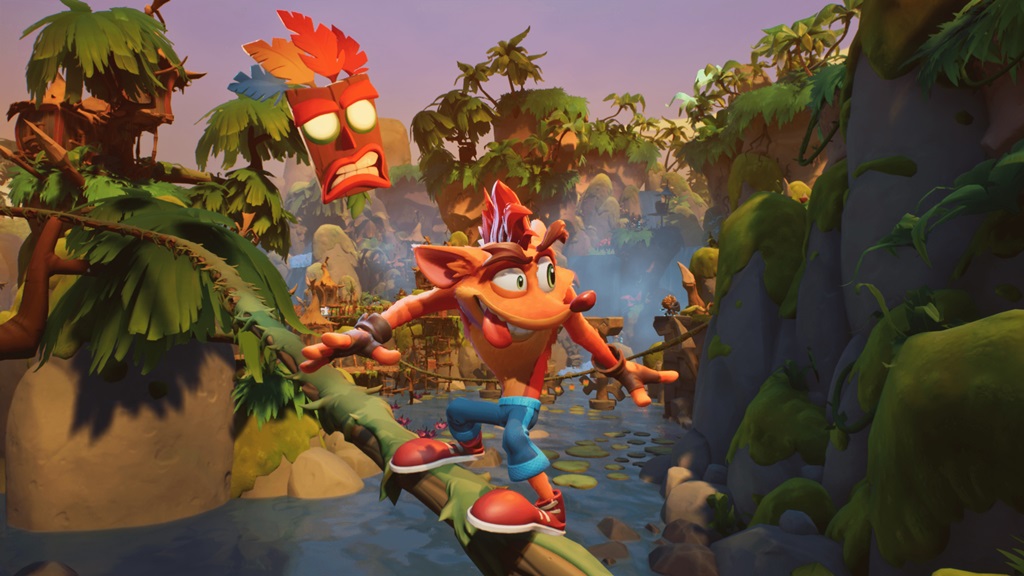 Still, just because you no longer need to restart a level it doesn’t mean the game is any easier as I had my fair shares of hard to overcome sections in the game. While I welcome the challenge, I will point out that at times it did feel a bit unfair. More so specifically, some of the mask sections in the game required you to be 100% perfect in your movements. There aren’t many areas in the game that are like this, but when you do get to them they are full rage inducing as they require you to die so that you may learn better to deal with them. They felt they just halted the flow of gameplay, which always seemed to be at a nice progressive pace. This can also be said with the other playable characters, as while levels did fit them, they just felt too different from the Crash ones. A bit more thought could have definitely gone into them, though they are so sparse so you aren’t playing them for too long.

Crash Bandicoot 4: It’s About Time review code provided by the publisher. Played on the PS4 Pro. You can read SP1st and MP1st’s review and scoring policy right here.