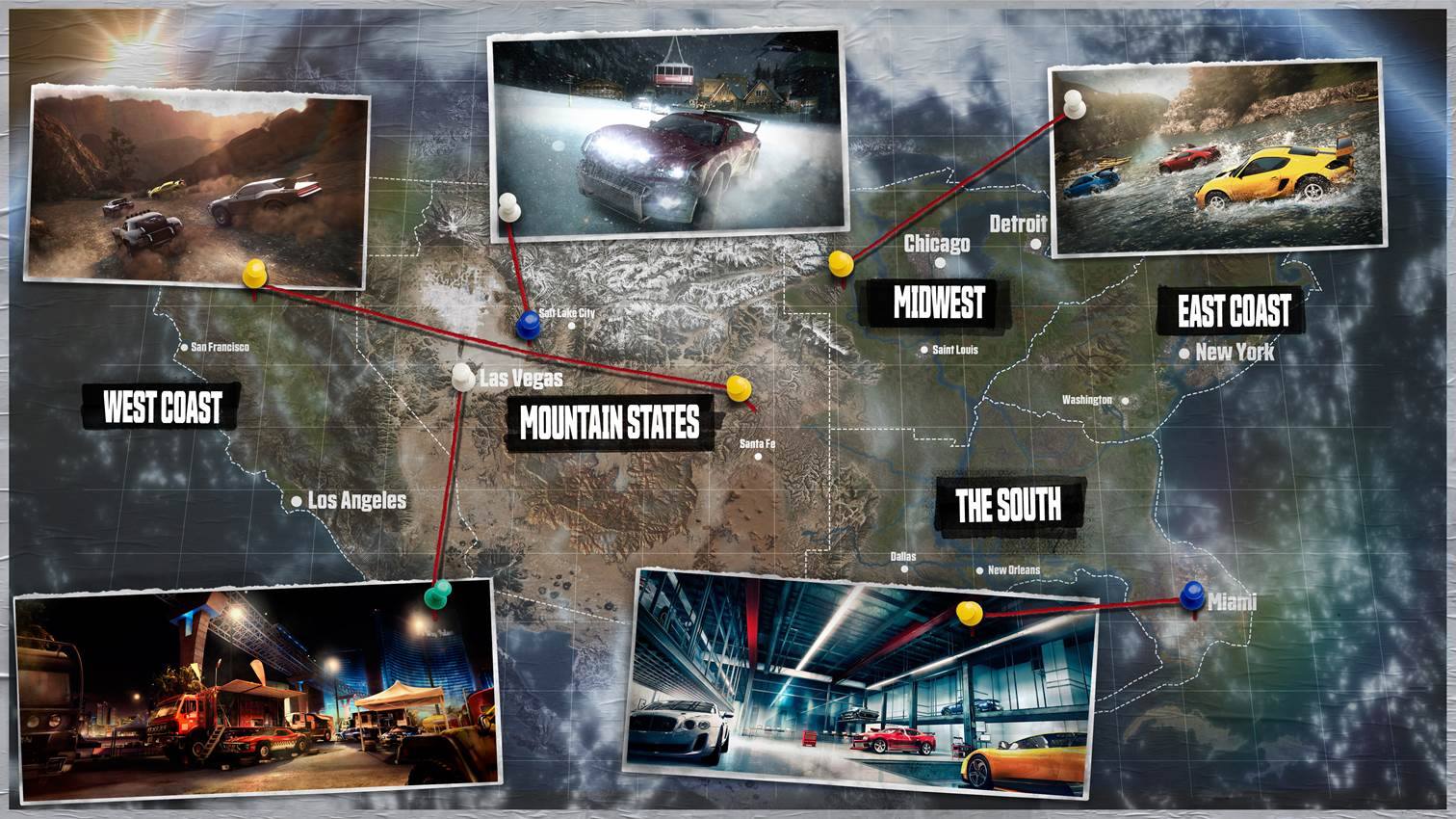 We already know that Ubisoft and Ivory Tower’s open world driving game The Crew will take you 90 minutes to drive across its 6,213 miles of open road, but exactly how big is the game’s world?

“In terms of size, our New York is about the same size of Liberty City in GTA IV,” Julian said. “But on top of that we’ve got Chicago, Detroit, St Louis, Miami, Dallas, Las Vegas, Seattle, San Francisco and all of these cities – I insisted on including Detroit because of the heart of Motor City. But it’s not just these cities: it’s everything in-between. So it’s a very big game.”

That’s a lot of driving.