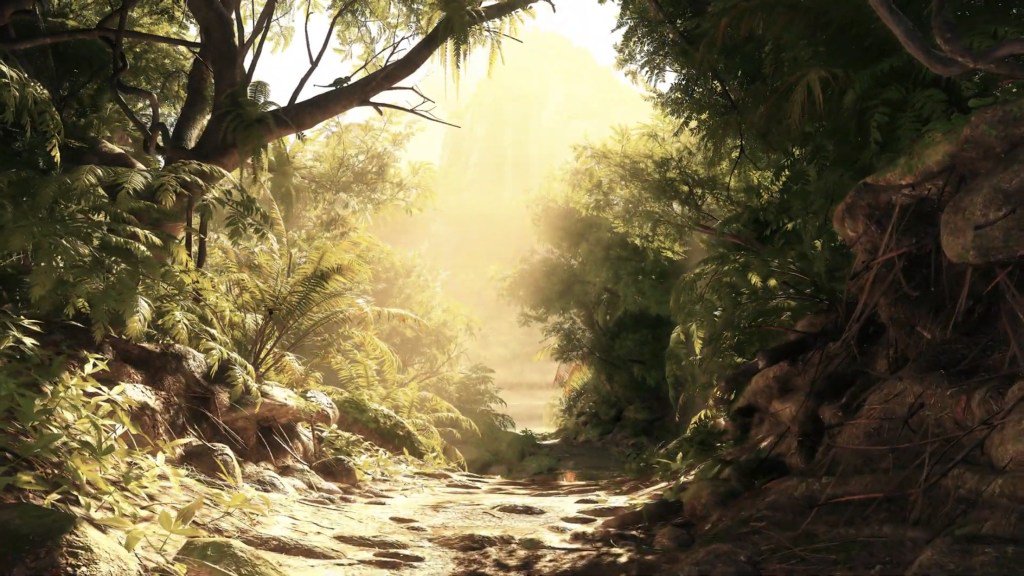 Crytek has showcased some of the new features of their game engine in the CryEngine 5.6 trailer that they recently released. The trailer focuses on some of the most powerful elements of the engine, whilst also pointing out some of the smaller capabilities that exist natively within the technology. Check out the trailer below and read on for more details.

The trailer focuses on a lot of the elements being used in Hunt: Showdown. Firstly we can see the realtime volumetric fog in use, which allows for beams of light to realistically shine through the thick and eerie fog. Sunlight Shafts are also showcased later in the trailer, detailing just how accurately the engine represents real life in these incredibly natural settings. Next we’re shown another lighting effect, this time dynamic lighting. The video of someone holding a lantern and hobbling behind various objects and chains makes the light flicker and disappear as you’d expect it to in real life.

Another core feature of Hunt: Showdown is creeping through tall grass and plants. CryEngine 5.6 has even more realistic vegetation bending, giving players the feel that their character is actually moving through organic matter, rather than seeing the vegetation awkwardly bend before they reach it.

Object-Based Motion Blur is highlighted with one of Hunt: Showdown’s smaller enemies. The disgusting spider moves so fast that its legs seem to blur, but with the realistic representation of motion blur makes it look visceral instead of fake. This motion blur works in tandem with the environment, which appears to be far more realistic than in most other games. This is down to Mesh and Terrain Blending, which allows for textures in the game world to blend in a realistic way.

A plethora of other features are also detailed in the trailer, such as accurate rope simulation, ribbon particle effects, realistic chain and fabric movements, and so much more. With this update it seems as though CryEngine is far more capable than many other engines out there, with more than 1,000 updates in just version 5.6. While no hint of a new Crysis game was shown, a series Crytek are well known for, the environments shown looked as though they could have been from an updated version of Crysis 3, which is set in lush jungle environments.

Many have watched this trailer and believe that a Crysis remake is on the way. However, Crytek has made no announcements of this at the time of writing.