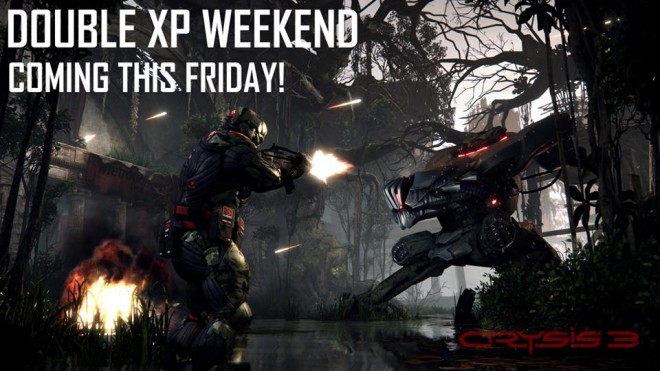 “Victory will be twice as sweet during the Double XP Weekend beginning next Friday,” writes Crytek in a recent Facebook update.

No details were given, but it looks like Double XP is headed your way this weekend, if you’re still enjoying the game’s nanosuit-powered multiplayer gameplay. We’ll make sure to update with more solid details as they become available.

If you missed it, Crytek recently released a multiplayer small patch for Crysis 3 which addressed “a variety of known issues.” Check out the details here.

You can also catch our review of the game’s first set of multiplayer DLC, The Lost Island, right here.