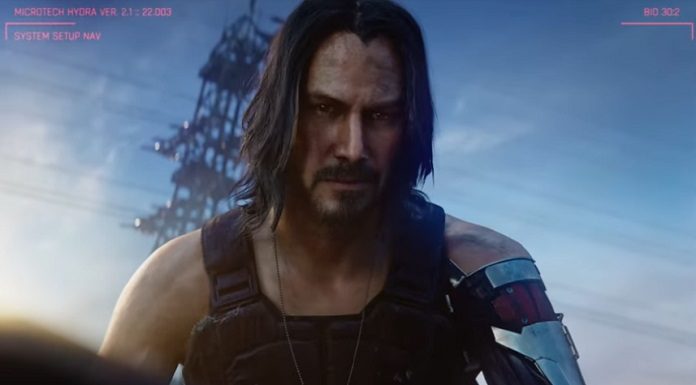 Cyberpunk 2077: What to Expect From This Long Anticipated Game?

This might be the most anticipated game for a while. Cyberpunk 2077 was announced years ago back in 2012, and the last seven years CD Project Red was developing the game and it is considered to be even bigger than The Witcher 3.

The gameplay was revealed at E3 2019 and it might be some of the best RPG games of all time. Basically, the game is an adult story about violence, drugs, and social politics. The game will certainly cause a lot of attention after the release. However, let’s look at some of the details that we have about this game.

After a long wait, the game will be released on April 16, 2020. One of the pleasant surprises we got is that Keanu Reeves appears in the game as Johnny Silverhand and he also appeared at the end of the new Cyberpunk 2077 trailer at E3. His character will play a major role in this game.

As you guessed it, the action happens in 2077 in a metropolis called Night City. You can choose to play a fully voiced young man or women. The city will be dark, filthy, with a lot of drugs and gang members, they describe it as the “worst place in America” (so… Detroit?).

New sort of drug circles around the city and poor people are addicted to it. It is called braindance and it makes people feel like they are another person such as rich, successful or popular. The drug is sold on the black market where you can find serial killers and all sorts of dangerous things. Basically, the game will be dark as hell.

CD Projekt Red is still keeping Cyberpunk 2077 at closed doors and did not reveal many details about the gameplay. However, they showcased the same demo from Gamescom.

The quest director Mateusz Tomaszkiewicz said that the demo is only a small fragment of the game we will play and that we can expect much more. In the demo, we can see some side missions that can be played in either a peaceful or violent way or somewhere in the middle. We also got a proper introduction to Night City both on foot and with a car also the visual representation of how weapons and character upgrades work.

Basically the action happens in the future and you will have access to melee or high-tech guns equipped with scanners and similarly to Watch Dogs you will do a lot of hacking. Also in Cyberpunk 2077, we can see that we have two types of XP: core XP and “Street Cred”. The first one is gained through completing missions as for the Street Cred you can gain it by completing side missions.

As the Night City is pretty big, you will have to move across it. The game will provide all sorts of vehicles that you can use, unfortunately, you will not be able to control any of the driving or flying, you will only be transferred to the desired location.

CD Projekt Red also announced that there will be no loading screens throughout the gameplay in exploring the city. There will be a lot of violence with all the gang members and the dangerous people throughout Night City, however, you will determine the style of play. You can either play it safe or get into the dirty work.

There are classes to choose from in the game such as Netrunner, Techie, and Solo. You have to select one that will let you focus on one or mix abilities from all three classes. You will have different abilities from different classes – surprisingly, just like the Career Modes of sports games, like NBA2K, FIFA or Madden NFL 2020.

Cyberpunk 2077 world called the Night City will be massive. They have not announced the actual size. However, they said that this game will be much bigger than they ever created before.

After all those years, Cyberpunk 2077 will definitely be one of the best RPG games. We will have to wait and see if they successfully developed the game and if it going to be interesting as it sounds.