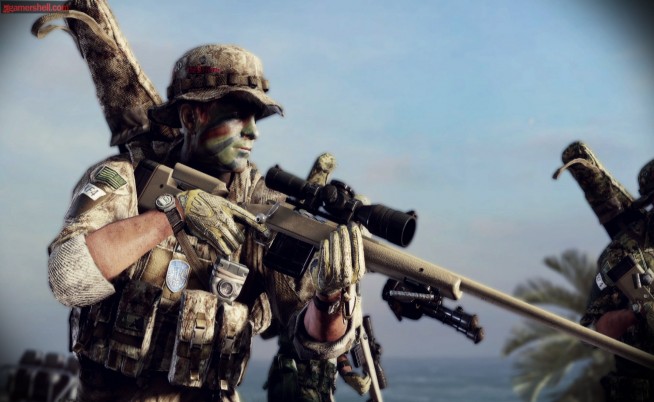 At first glance, Danger Close’s Medal of Honor: Warfighter and DICE’s Battlefield 3 seem rather similar. After all, they are both military first-person shooters, they are both set in a modern era and they both run on the Frostbite 2 engine. So, what exactly is the difference between the two?

“So, the difference between Battlefield 3 and Medal of Honor – the two franchises – are essentially the size, scale and the scope for the military units that we’re talking about – not the game itself, but the military units,” explains Goodrich. In fact, size and scale are two factors we used to describe Battlefield 3 in our multiplayer review.

He continues, “so, Battlefield is all about the ‘big war’, the ‘sledgehammer’, the ‘what comes with the sledgehammer of overwhelming forces of tanks and jets and all the military industrial machines that come along with large forces’,” features we can look forward to even further in the upcoming Battlefield 3 DLC, Armored Kill.

“Medal of Honor tells a story that focuses on the footsoldier, the scalpel, the precision instrument of warfare – the Tier 1 Operators,” counters Goodrich. “So, that’s sort of the the place where we fit into in the difference between the two shooters.”

From what we’ve learned so far of Medal of Honor: Warfighter’s multiplayer, we can definitely spot at least a few differences from Battlefield 3’s based on the inclusion of Support Actions or Score Chain Rewards alone. However, Warfighter will see the inclusion of Fireteams, similar to Battlefield 3’s squads, though they will only be limited to two players. Additionally, Warfighter will also see class-based gameplay and the ability to heal teammates or replenish ammunition.

From what we’ve seen so far in the single player and multiplayer footage, do you think Medal of Honor: Warfighter has what it takes to differentiate itself from Battlefield 3? Or, perhaps you like that they seem similar? Let us know in the comments below!

Should Black Ops II Be Worried About Battlefield 3 and Medal of Honor: Warfighter? Treyarch Answers