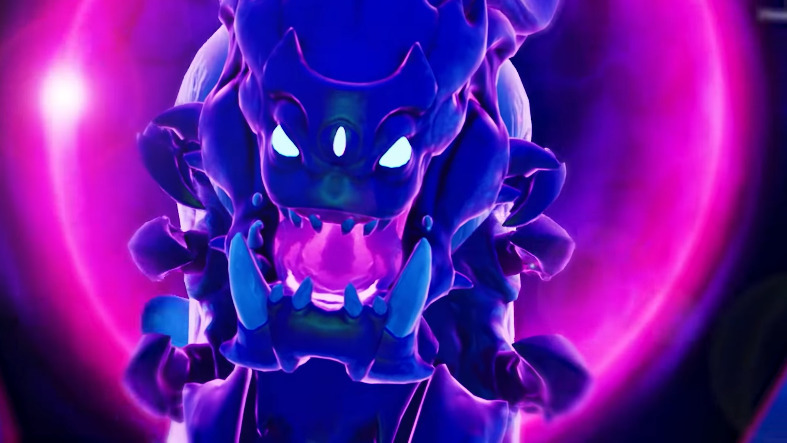 As expected from last weekend’s announcement, Phoenix Labs has released the Dauntless update 1.30 June 11 patch that brings the Call of the Void content and gameplay changes!

UMBRAL ESCALATION
Strange ruins, dark energy, and a lost civilization — discover the new Umbral Escalation, and take up arms against the new threat looming beyond the Shattered Isles: Thrax.

To challenge Thrax, you’ll need to make your way past the Shadowtouched Behemoths that lurk in the Umbral Deeps. Umbral variants of Nayzagas, Koshais, and Drasks will block your path. But you’ll need to face them and brave the depths to uncover the truth.

NEW BEHEMOTH: THRAX
With the power to tear holes in reality and strike from anywhere, this agile Behemoth is not to be taken lightly. Thraxes are fast, deadly portal users who can attack from anywhere, so you’ll need to keep eyes peeled, your head on a swivel, and your finger hovering over dodge.

NEW HUNT PASS: RELICS & RUIN
We know the Void Runners traversed these caves, but for what purpose? Investigate the ancient ruins and learn their secrets with the new Hunt Pass. Earn rewards while you hunt and make your way to level 50. Relics & Ruin is active now and ends July 23.

SLAYER JOURNAL
Discover the secrets of the Shattered Isles by unlocking Journal entries. The mysteries of the Umbral Deeps, the Behemoths, and even Ramsgate itself are revealed as you explore.

TRAINING GROUNDS
Try out new weapons, learn combos, test loadouts, or help new players! The Training Grounds have arrived, giving you a chance to get comfortable with different gear and maximize your damage output. If you’ve ever wanted to try out a build without putting your face in the path of an Embermane, this is the place to do it.

Aether strikers are still overperforming. We’re toning down the damage, and will be monitoring how this goes to determine if further tuning is necessary.

We want to make it easy for Slayers to form connections and party up together. As a first step, we spent some time brushing up areas in our existing social interactions that tend to confuse players the most. We also made some adjustments to voice chat to make it easier and better to use with your party.

Yep. this Dauntless update 1.30 June 11 patch is one big title update! Once we get wind of the next content drop we’ll let our readers know.