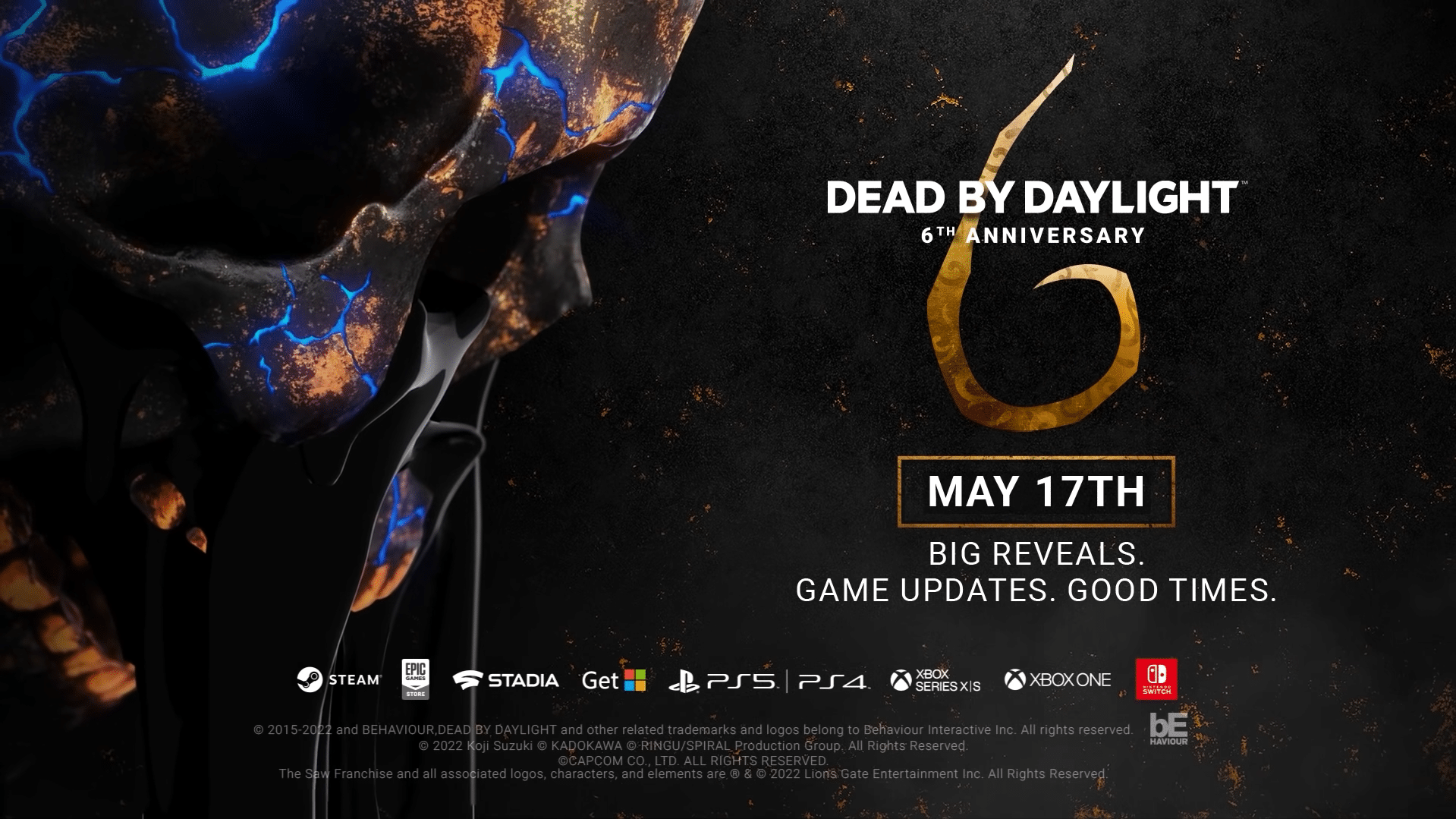 The Dead by Daylight 6th Anniversary celebration kicks off this May 17 with a livestream broadcast, and along with it Behaviour Interactive promises some big reveals for the long-running asymmetric horror title. Check out the trailer below to see a montage of everything we got for the past year in Dead by Daylight.

Incredible licensed content. Amazing original characters. Spellbinding lore. This past year has been Dead by Daylight’s biggest yet – and it’s all thanks to you. Join us in celebrating with a look back.

It’s safe to assume that the 6th Anniversary broadcast for Dead by Daylight will reveal something about the new Survivors and Killers entering the stage, but Behaviour did give us a brief outline of what we can expect from the stream:

You can monitor things in real-time via the official countdown site the studio have put up, and rougly two weeks from now we’ll get to see what’s in store for us in the next year of Dead by Daylight.

In case you missed it, Behaviour released a patch yesterday that fixed a ton of bugs in Dead by Daylight, and you can read the whole patch notes here.