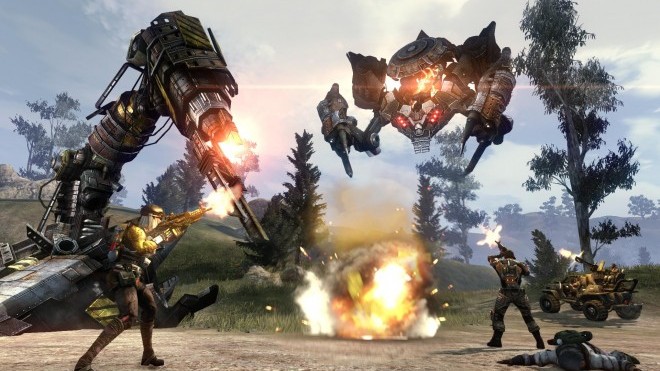 Defiance, the ambitious MMO TPS by Trion Worlds, has already been in the hands of gamers for two weeks. Those wondering how exactly the dev team will be supporting the title post-release will be happy to know that they plan to work hard to deliver additionaly content and fix any issues that you may come across.

First up, Nathan Richardsson, executive producer on the game, has recently revealed Defiance players can expect up to five pieces of DLC to arrive on your platform of choice before the year is over. They will include a mix of free and paid content.  However, in order to avoid segregating the community between the two, Nathan has stated that “the free part is features and content, the paid part is essentially, say, access to a new playable species with a bundle of stuff with it.”

Don’t expect any DLC’s to be released any time soon, though, as the folks over at Trion Worlds are hard at work making Defiance a better overall experience by working on patches for the game.

Speaking of patches, issues such as server crashing for the North American Xbox 360 servers, items disappearing, and chat bugs, are to be addressed in the upcoming April 15th patch, with another bigger client patch set to address even more issues two weeks later.

Once those patches are up and running, you can start to expect Trion to release DLC to support additional content for Defiance.