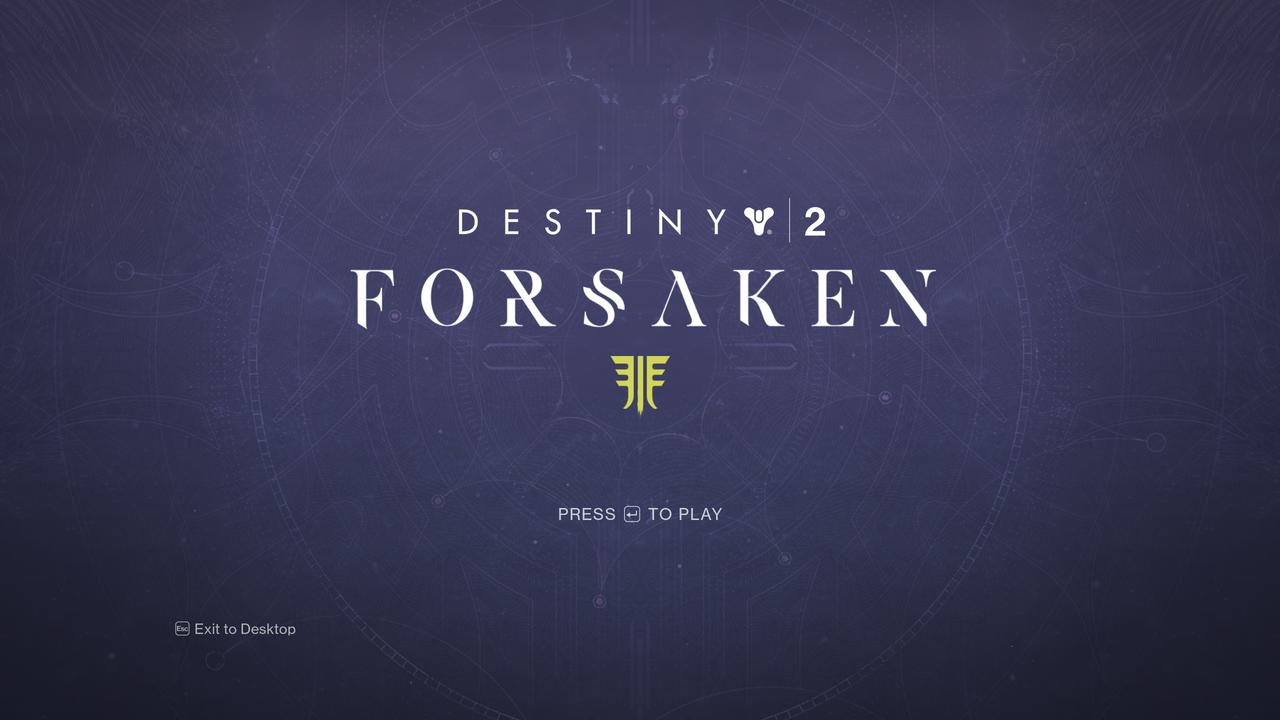 In case you didn’t know, today marks the release of Destiny 2’s big title update for the Forsaken expansion. Same as before, the big Destiny 2 update 2.0.0. brings with it a slew of gameplay tweaks, balance passes and more for everyone.

Check out the info below for the complete Destiny 2 2.0.0. patch notes (via Bungie):

**Developer Insight:* With Forsaken, we’ve made a major change to the systems—the freedom to slot powerful weapons in either the Kinetic slot or Energy slot. This fundamental change necessitated a fresh look at a player’s damage output in both PvE and PvP.*

The following Year 1 weapons have moved to the Kinetic slot

The following Year 1 weapons are now locked to Solar damage

**Developer Insight:* The tuning of Destiny weapons and abilities is inexorably tied to the systems that we build upon. Ultimately our goal is to still provide gameplay challenge despite a global increase in player damage output due to the new systems introduced. To properly support the higher uptime of Shotguns, Snipers, and Fusions, the following changes were made to all weapons in the game.*

The Director screen has been updated to reconfigure the way challenges, milestones, Flashpoints, and quests are presented:

Bungie has also posted the list of “Vital Information and Emergent Issues” that players need to know.

Light Level Armor: Players who own only the base Destiny 2 game and Curse of Osiris will not be able to infuse the Solstice of Heroes armor into other armor pieces when Forsaken launches.
Xûr’s Three of Coins: After Update 2.0.0, Xûr will no longer sell the Three of Coins consumable. The consumable will be able to be dismantled for Legendary Shards after the launch of Forsaken.
Tracked Pursuits: From Update 2.0.0 until the launch of Forsaken, players may receive an error when selecting a Pursuit, which reads “You can only track 4 items at a time”.
Weapon Mods: After Update 2.0.0, exotic weapons will lose their +5 Power from Year 1 damage mods; all other weapons and armor will lose their +5 Power from Year 1 legendary mods at the launch of Forsaken.
Vault Display: From Update 2.0.0 until the launch of Forsaken, players with a high amount of items in the Vault may not load items and descriptions correctly.
Transmat Previews: After Update 2.0.0, players may experience a visual issue when previewing Transmat Effects, where a player’s character does not ‘drop in’ as they usually would.
Lest Ye Be Judged: After Update 2.0.0, Trials of the Nine will be on hiatus, and players will be unable to unlock the “Lest Ye Be Judged” Trophy or Achievement during this time. Due to this, Playstation players will not be able to unlock the Platinum Trophy. Players should stay tuned to our News page for future announcements regarding Trials of the Nine.
Slot Changes and the Postmaster: After Update 2.0.0, weapon slot changes will occur, and weapons will no longer be sorted into slots based on ammo. Fusion rifles, single-shot grenade launchers, shotguns, and sniper rifles are no longer exclusive to the Power weapon slot. Kinetic weapons are stored in the Primary slot, and elemental weapons are stored in the Special slot. Due to these changes, weapons can potentially be moved to the Postmaster, as certain slots may become overfilled. It is recommended to clear all items from the Postmaster before Update 2.0.0 to ensure no items will be lost from the Postmaster inventory.
Triple Tap Perk: The Triple Tap weapon perk will pull ammo from reserves until the launch of Forsaken on September 4; at that time, the perk will change to give free ammo when used.
Thin the Herd Perk: The perk description for Thin the Herd on Fighting Lion will incorrectly list old behavior of dropping Energy ammo. After Update 2.0.0, this perk will actually drop Primary ammo for Year 2.
Bring the Heat Perk: The Bring the Heat armor perk for Ashen Wake may incorrectly state “Direct hits with Fusion Grenades will recharge grenade energy.” Ashen Wake will not be receiving this additional perk, and players should expect this description to be revised at a later date.
Flashpoint Quest Percentages: After Update 2.0.0, Flashpoint quests will display an incorrect percentage amount of 1% when viewing the percentage from the vendor who gives the quest; players are recommended to check the quest in their inventory. This issue will be resolved at the launch of Forsaken.
Nightfall Scoring: From Update 2.0.0 until the launch of Forsaken, Nightfall Strike Scoring will be disabled.

Destiny 2 Down for Maintenance as Servers Prepare for Update 2.0.0