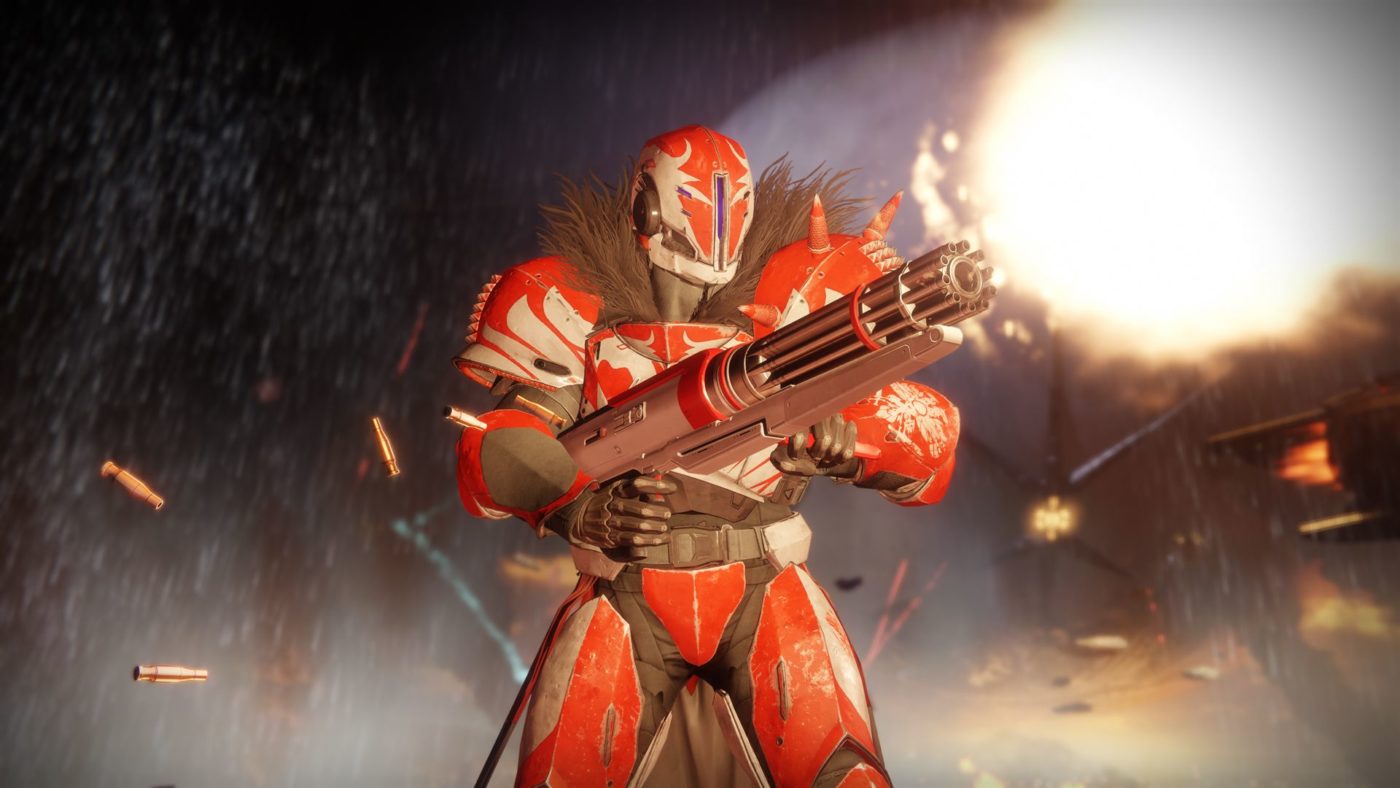 Bungie has confirmed that the Destiny 2 maintenance period has been extended until 2 p.m. PDT/5 p.m. EDT.

Hang tight, Guardian! We’ll let you know once servers are up! In the meantime, make sure you’ve updated Destiny 2 as title update 1.05 is out now, which you can read about here.

Destiny 2 maintenance has now begun and will run up until 3 p.m. ET / 12 p.m. PT. During this period, Bungie will be rolling out update 1.03, which adds a bunch of new features and improvements.

Now that you’ve defeated Ghaul, we are ready for a special event called Faction Rallies. Starting on September 26 at 2 AM Pacific, you will be able to volunteer your services in support of your favorite faction, or the one that holds the loot you most desire.

Arach Jalaal from Dead Orbit, Lakshmi-2 from Future War Cult, and Executor Hideo of New Monarchy will return to the Tower to ask you to pledge your loyalty. Before you can make this choice, you must first reach Level 20 and gain access to the Tower. You will only be able to pledge to one faction per character.

Once you have chosen your side, your mission will be to return to the wild and complete activities in support of your faction. You can do public events, explore Lost Sectors, complete strikes, clear the raid, or compete in the Crucible. As you complete these activities, you will be rewarded with faction tokens that you can turn in for packages full of loot.

In addition to all of the gear on display above, each faction will be offering a special weapon as a reward to be sold if they emerge victorious. Everyone who pledged to the winning faction will be able to purchase it for 1,000 glimmer. Anyone who did not pledge can still get it, but will have to pay a higher price of 50,000 glimmer.

Guided Games will become available for seekers seeking clans to show them the mysteries of the Leviathan on Tuesday, September 26, at 10 AM Pacific. It’s just over a week into the Guided Games Beta, and we want to update you on how things are going before we open it up for those brave enough to take on the Raid.

Once servers are back online, Guardians will have an important choice to make: which Faction they want to belong to!

Let us know which Faction you’ll be joining.