For Destiny 2 fans that are looking for the next big thing to do in the game world created by Bungie, the studio has released a new video documentary that talks about the Destiny 2 future content and events that players will be able to take part in soon.

With the beginning of the Season of the Forge, developers from Bungie are going on the record about all the new challenges, rewards, and special events that await your Guardian for the rest of the year. Each Season will unfold with new reasons to play and new ways to upgrade your character. For the most hardcore players in our community, the Annual Pass will deliver new ways to make the game of Destiny a hobby that sends you back to the stars week after week.

Want something more in-depth than that? Here’s the calendar look at the the upcoming content planned for Destiny 2. 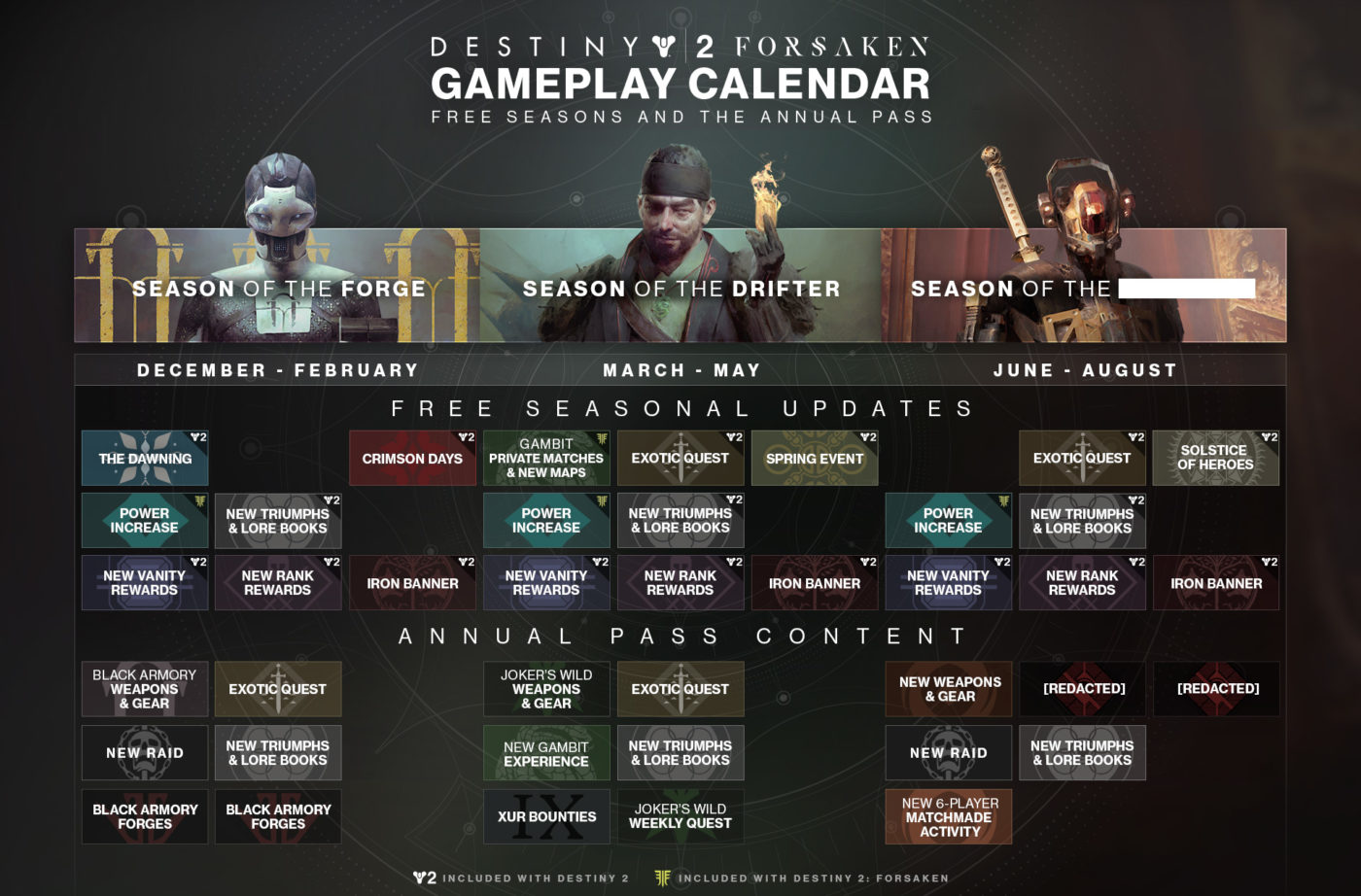 Beginning next week on December 4, Annual Pass players will be invited to visit the Black Armory, where they’ll be able to activate a series of quests, and reclaim four lost forges! Expect weapons as rewards for your troubles. There’s also a new raid coming this December 7.

For all players, the Dawning will light up on December 11! Expect another update from Bungie as get nearer to the event dates. Below you’ll find a calendar marking the course for the next few weeks. 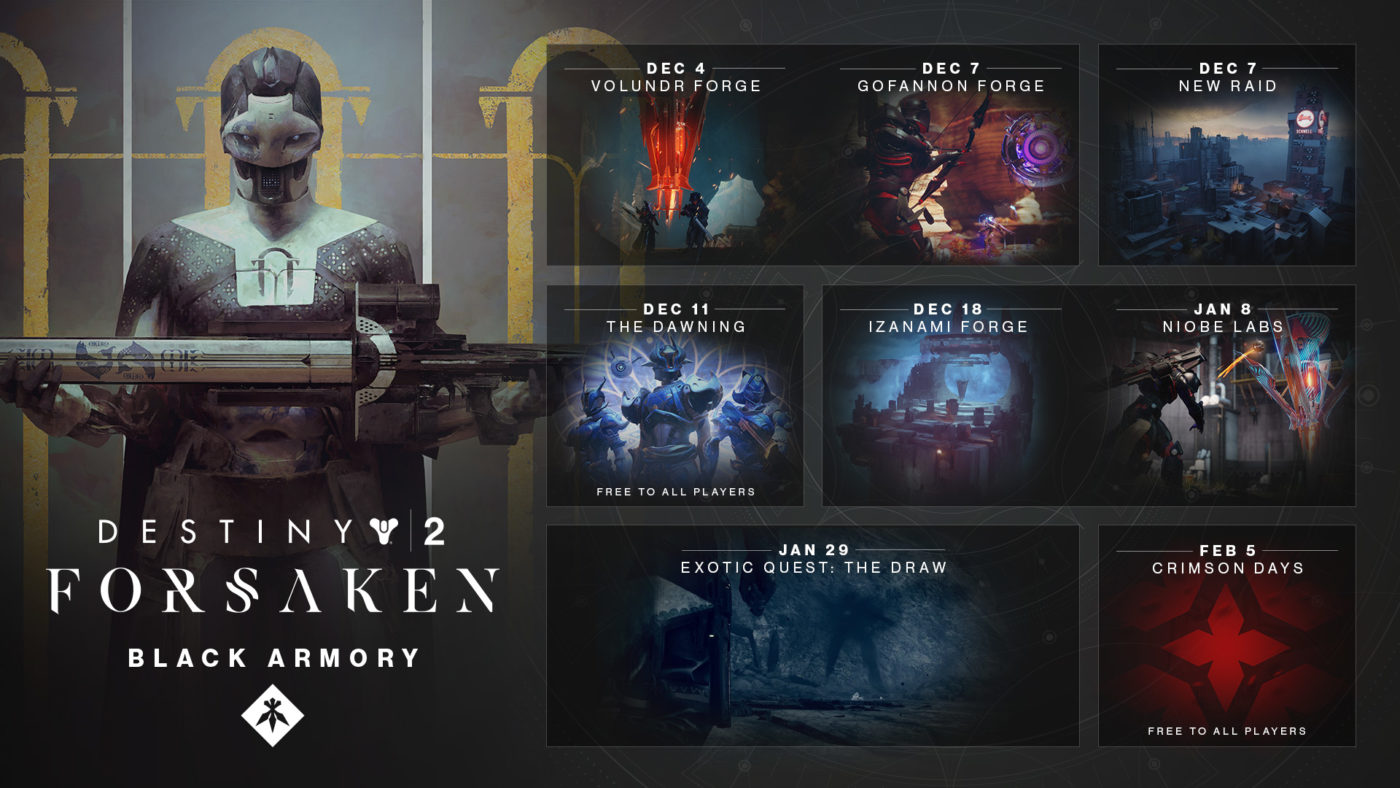 Same as in with every planned content drop, both calendars show the current plans for Destiny 2, but bear in mind that they are subject to change as development continues.