Given bow much of Destiny 2’s endgame hinges on builds, and having the most powerful stuff, any new Destiny 2 exotic item is sure to be a big deal. It seems a bunch of Destiny 2 new exotics was spotted at PAX West where the game’s upcoming expansion — Shadowkeep — was being shown off!

Reddit user VON_TAR posted an image of a as-of-yet unnamed new Destiny 2 exotic LMG. While it doesn’t have a name currently, its perk is listed as “This weapon fires single shot explosive rounds.” According to the poster, “It fires like an instant linear fusion, and has no drop off. 150 to the body, 1 shot headshots. It is semi automatic, has 3 in the mag (max 13) and is extremely satisfying to use.” Her’s images of the weapon and its stats. 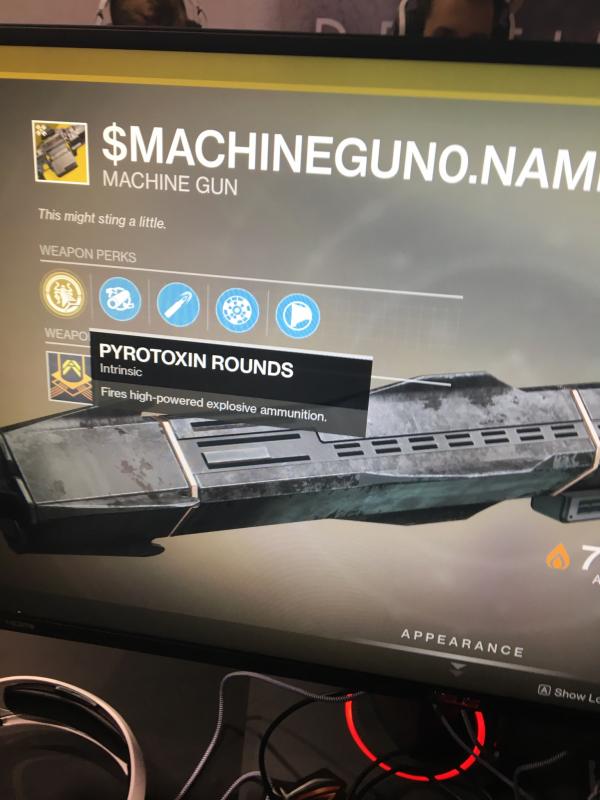 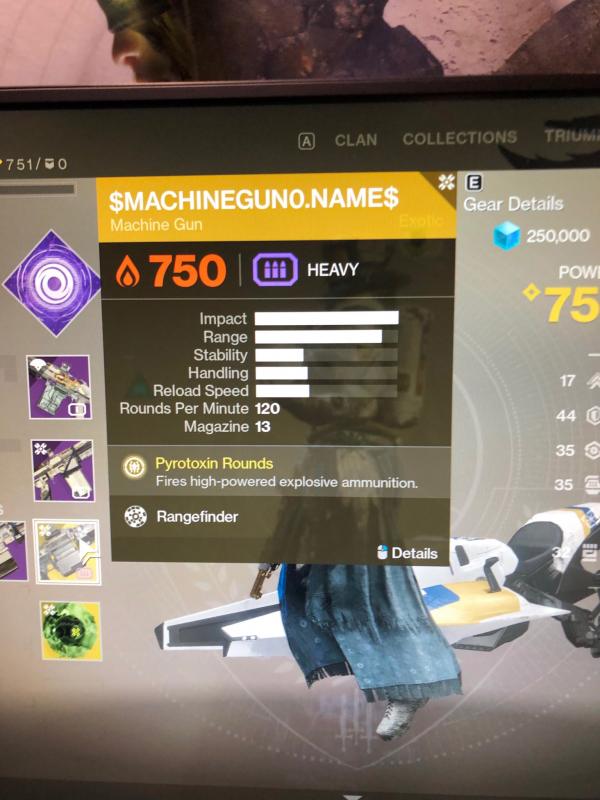 Note that this LMG seems to be the new exotic weapon teased by Bungie back in July by showing the real-life version of it. 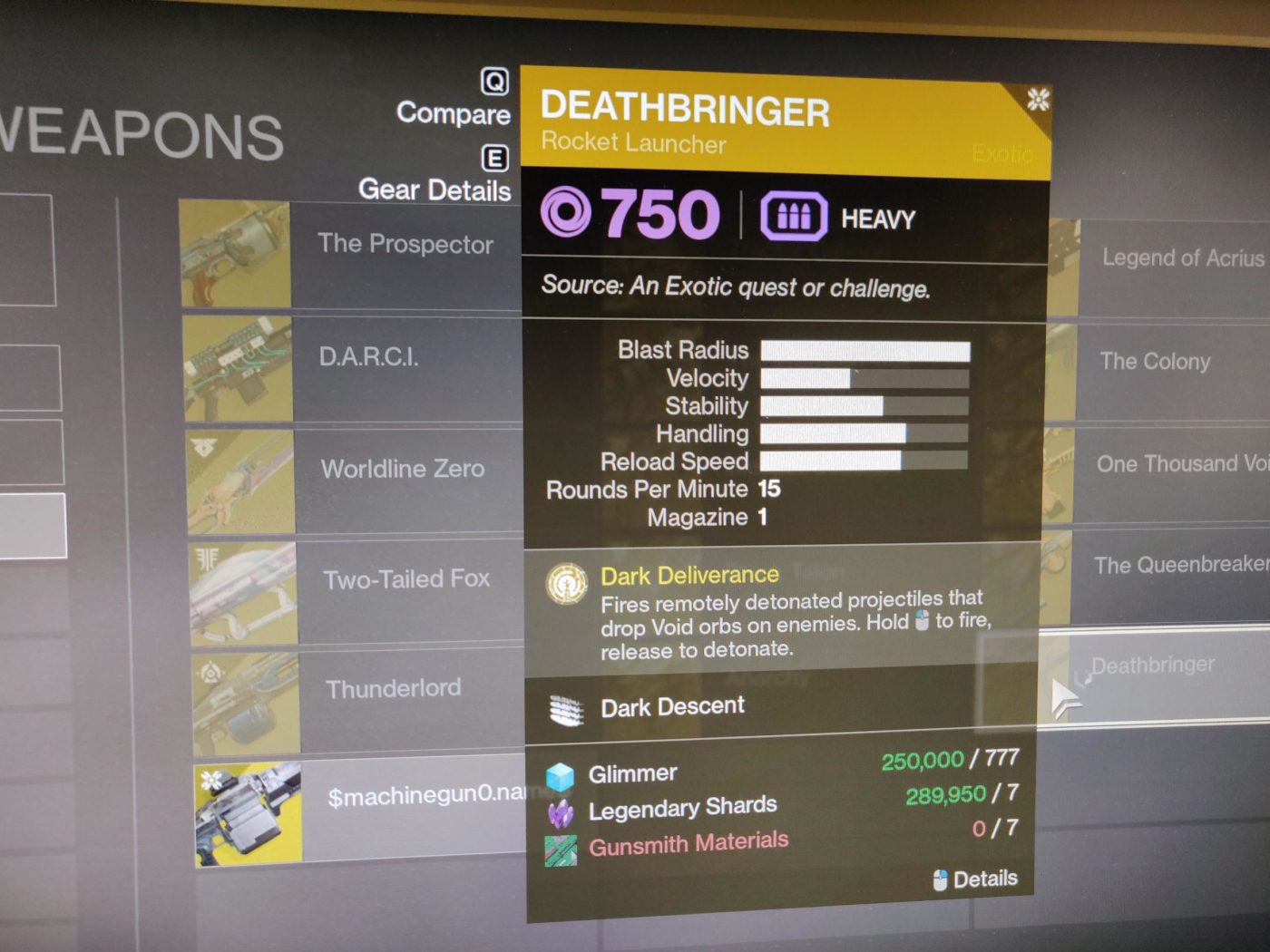 Next up, Reddit user tehr0b posted a new Destiny 2 exotic trace rifle called “Divinity,” which is part of the Black Garden raid collection shown off at the PAX West demo. It has the exotic perk “Judgment,” which is about “Sustained damaged with this weapon envelops the target in a field that weakens and disrupts them.” 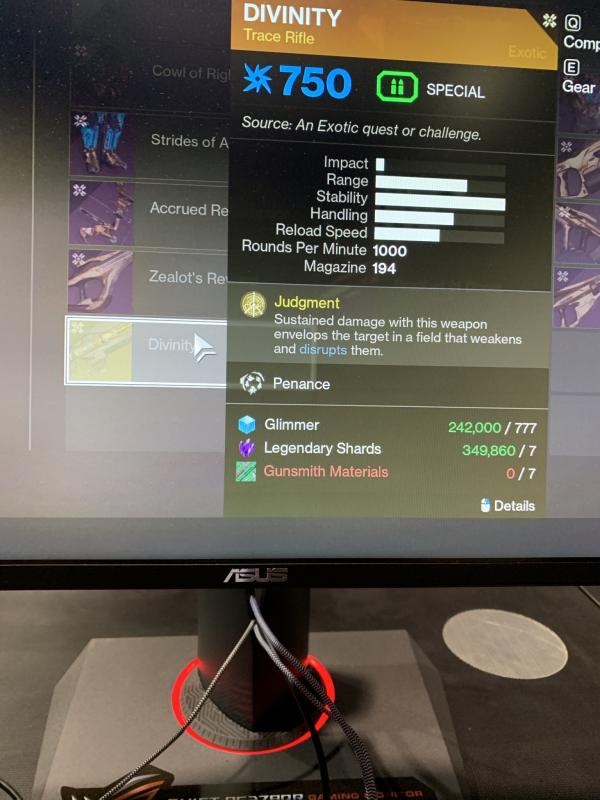 Not only that, but tehr0b also posted the entire Black Garden collection items too! 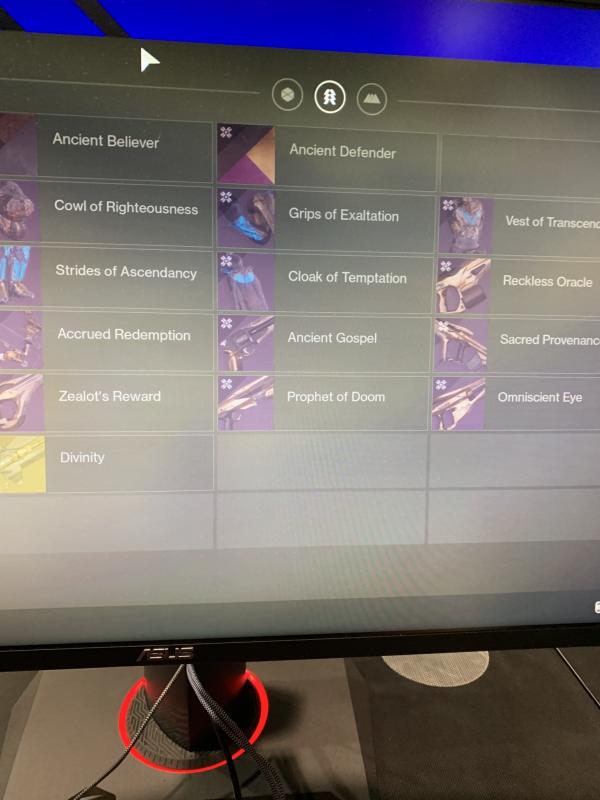 Finally, Reddit user TheEpsilonist, the Destiny 2 new Warlock exotic is called “Stormdancer’s Brace,” and has the exotic perk called “Ascending Amplitude,” which means “Each enemy you defeat with Stormtrance increases the damage you deal with Stormtrance.” 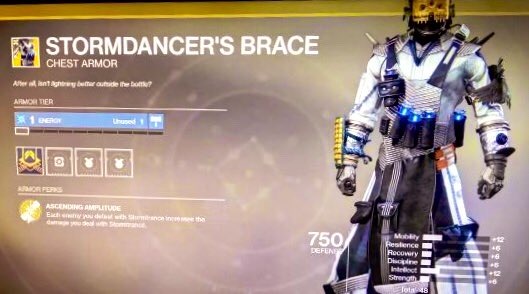 Whew! That’s a lot of new Destiny 2 exotics, no? Shadowkeep will be out this October 1, 2019 on PS4, Xbox One, and PC. Are you excited for the new exotics or were you expecting more?

Make sure to check out the changes Bungie is making to seasons right here.