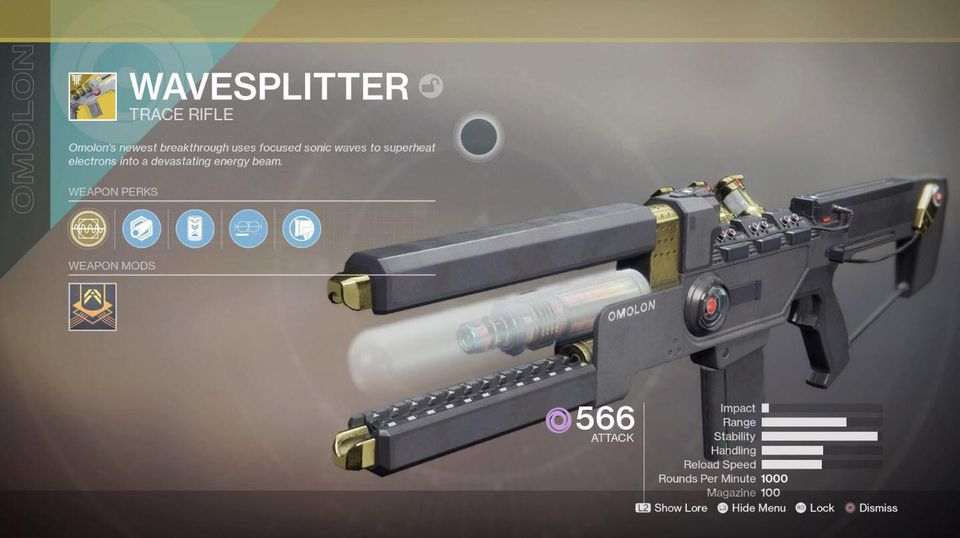 By now, it’s no secret that there’s a marketing deal between Sony and former Destiny 2 publisher Activision that saw Sony gain access to timed-exclusive content in the form of maps, missions, and even weapons. Well, it seems someone at Bungie bungled up, as the in-game vendor Xur, sold this PS4-exclusive weapon the Wavesplitter to Xbox One and PC players over the weekend,

Over on the Bungie forums (via Kotaku), Community Manager Cozmo issued a statement where the studio confirmed that a hotfix will soon be rolled out to mitigate this “issue.” For now, players who bought the weapon will be able to use it until the “fix” is rolled out. Once it is, Xbox One and PC players who have the Wavesplitter will have the weapon stocked in their inventory, and will be able to use it in September 2019.

We’re investigating an issue where the Sony exclusive weapon Wavesplitter was made available from Xûr on Xbox and PC. We’re currently working on a fix. In the meantime, Xbox and PC players who acquired the weapon will be able to use it. After the fix goes live, they will still have it in their inventories, but will not be able to equip it until this weapon enters the general Exotic loot pool in September 2019.

It doesn’t take a genius to figure out that Destiny 2 fans will not like this current decision by Bungie. At the very least, they can take comfort in knowing that the weapon will still be theirs to keep, and can be used at a later date. I mean, that’s better than having it pulled outright, right?

In other Destiny 2 news, go check out the patch notes for today’s title update.