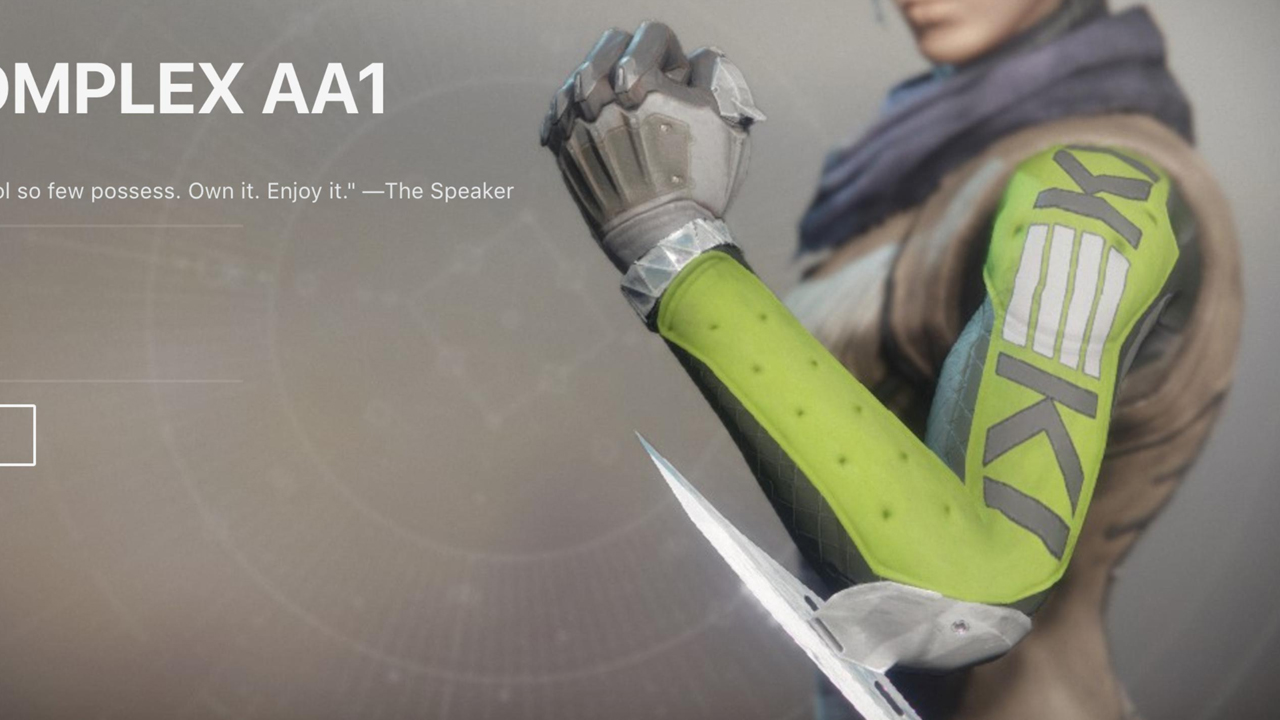 Just what are “Destiny 2 racist gauntlets”? Well, they are the “Road Complex AA1” gauntlets, which bear a design that is worryingly similar to the “KEK” logo found on the Kekistan flag. This symbol has become a popular white supremacist symbol.

Bungie identified the problem and has been working to fix it, as expressed in the following tweets:

1/2 It’s come to our attention that a gauntlet in Destiny 2 shares elements with a hate symbol. It is not intentional. We are removing it.

2/2 Our deepest apologies. This does NOT represent our values, and we are working quickly to correct this. We renounce hate in all forms.

Bungie states that “it is not intentional,” but man, it looks a little too similar to me. (You can find the symbol yourself through the Google search engine.)

Anyway, at least Bungie has acknowledged the problem and is making moves to eradicate it.

In other (happier) Destiny 2 update 1.03 is out now, fixing a bunch of problems and introducing “Guided Games.”news,