Destiny 2 Season 8 Confirmed as “Season of the Undying”

by James Lara
in DLC and Expansions, News

Yesterday, we reported that Destiny 2 was set to receive a brand-new expansion titled “Shadowkeep,” and while it hasn’t been 100% confirmed, the latest game update may have further hinted that the expansion is very real with the tease of season 8.

Upon checking the in-game content for the current season, Season of Opulence players can see towards the bottom of the screen the new name of next season. 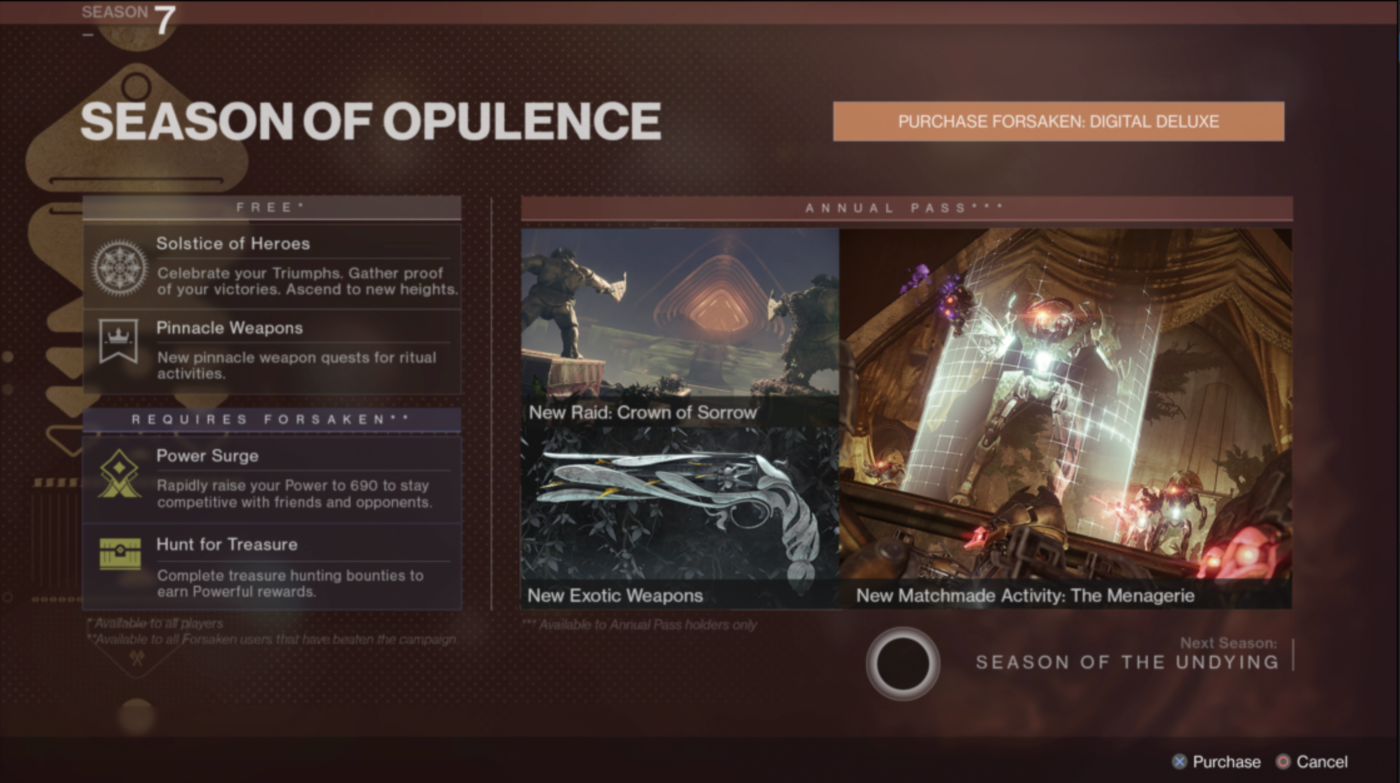 Titled the “Season of the Undying” there isn’t really much known other than it may be tied to the recent expansion, Shadowkeep, which is said to have players return back to the Moon to face the hive threat.

The naming of the season may be in reference to the Vex, whom for those who don’t know are just one of the many deadly groups of enemies found within both Destiny 1 and 2. In Destiny 1 the title featured a Strike mission called “The Undying Mind,” which took place on the Moon. However, at this time this is just pure speculation.

Bungie is set to reveal the next chapter in Destiny 2 this Thursday, be sure to visit back when the announcement is live!