Earlier this week, Bungie announced that the next season of Destiny 2 will be called “Season of the Chosen” and will start on February 9. If you’re wondering what’s coming in this new season, Bungie has revealed the Destiny 2 Season of the Chosen roadmap, as well as some of the other stuff players can expect in the looter shooter in the coming weeks.

Before you dive in, check out the Destiny 2 Season of the Chosen roadmap below. 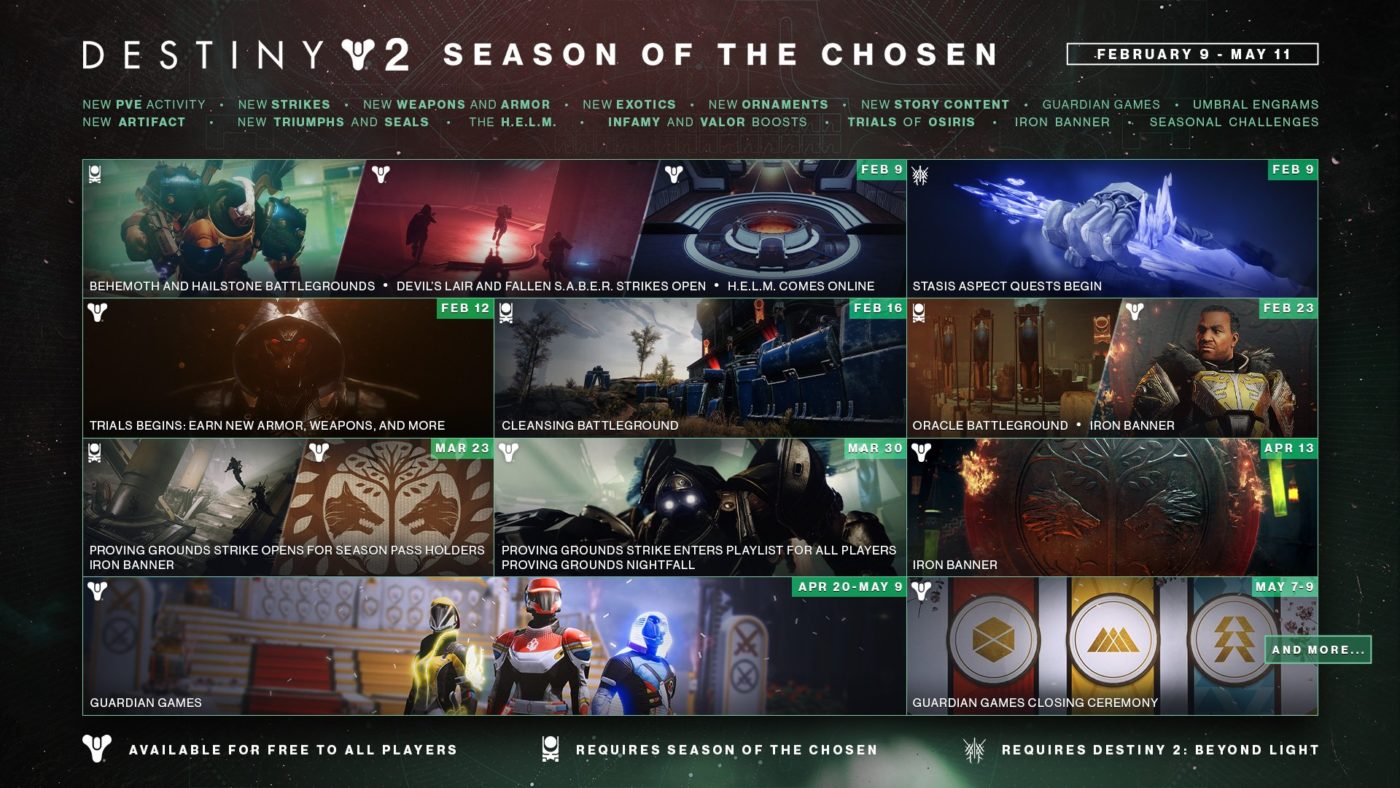 In addition to the Destiny 2 Season of the Chosen roadmap, Bungie has spilled the beans on some of the Destiny 1 weapons that are coming to Nightfall: The Ordeal! Here’s the lineup you’ll obtain for completing it: 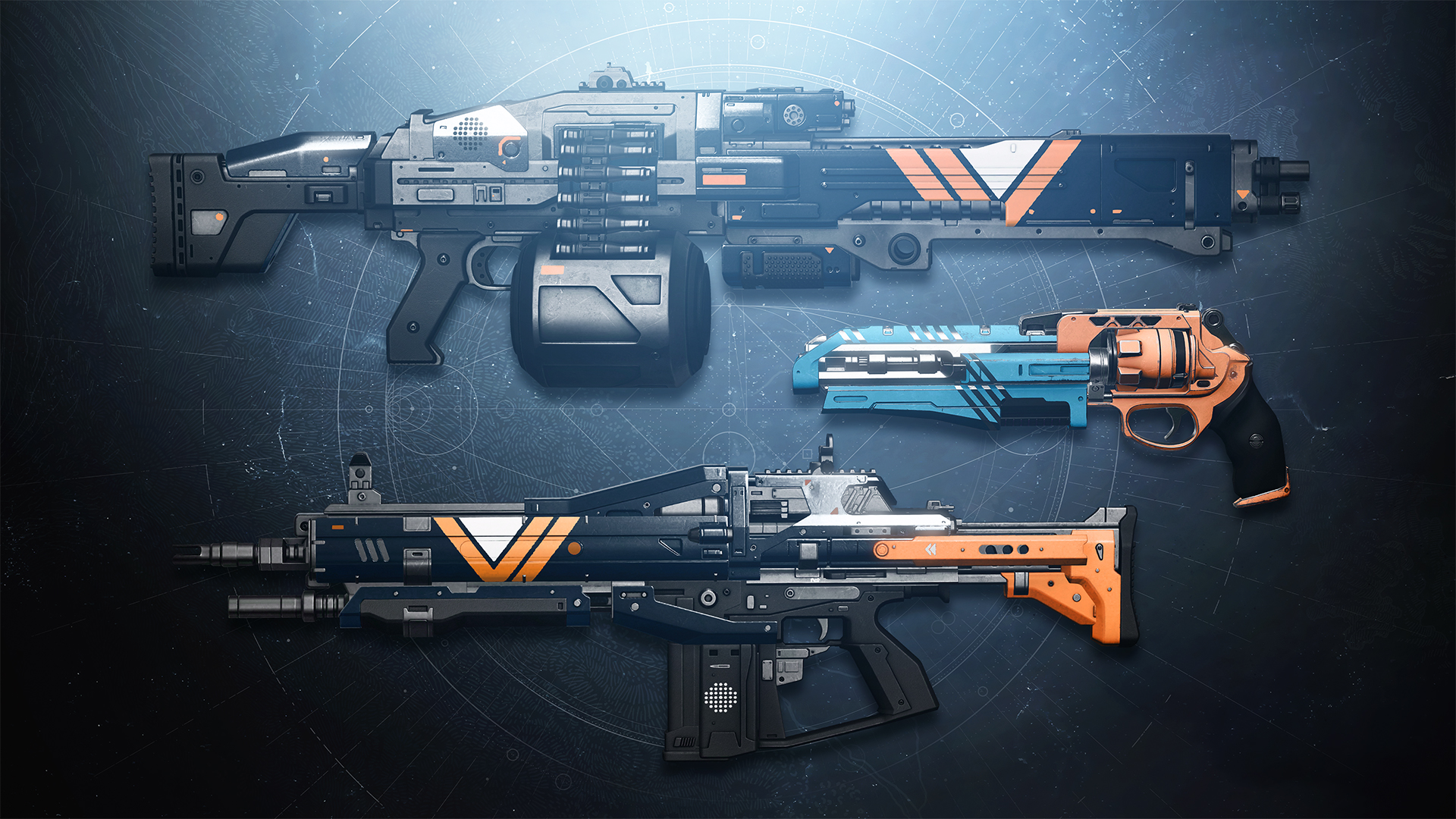 Same with Season of the Hunt, the new Destiny 2 season will feature a new Pursuit weapon that players can earn from the quest of their choice! Guardians can choose between strikes, Crucible or Gambit, to earn the new Salvager’s Salvo Grenade Launcher! 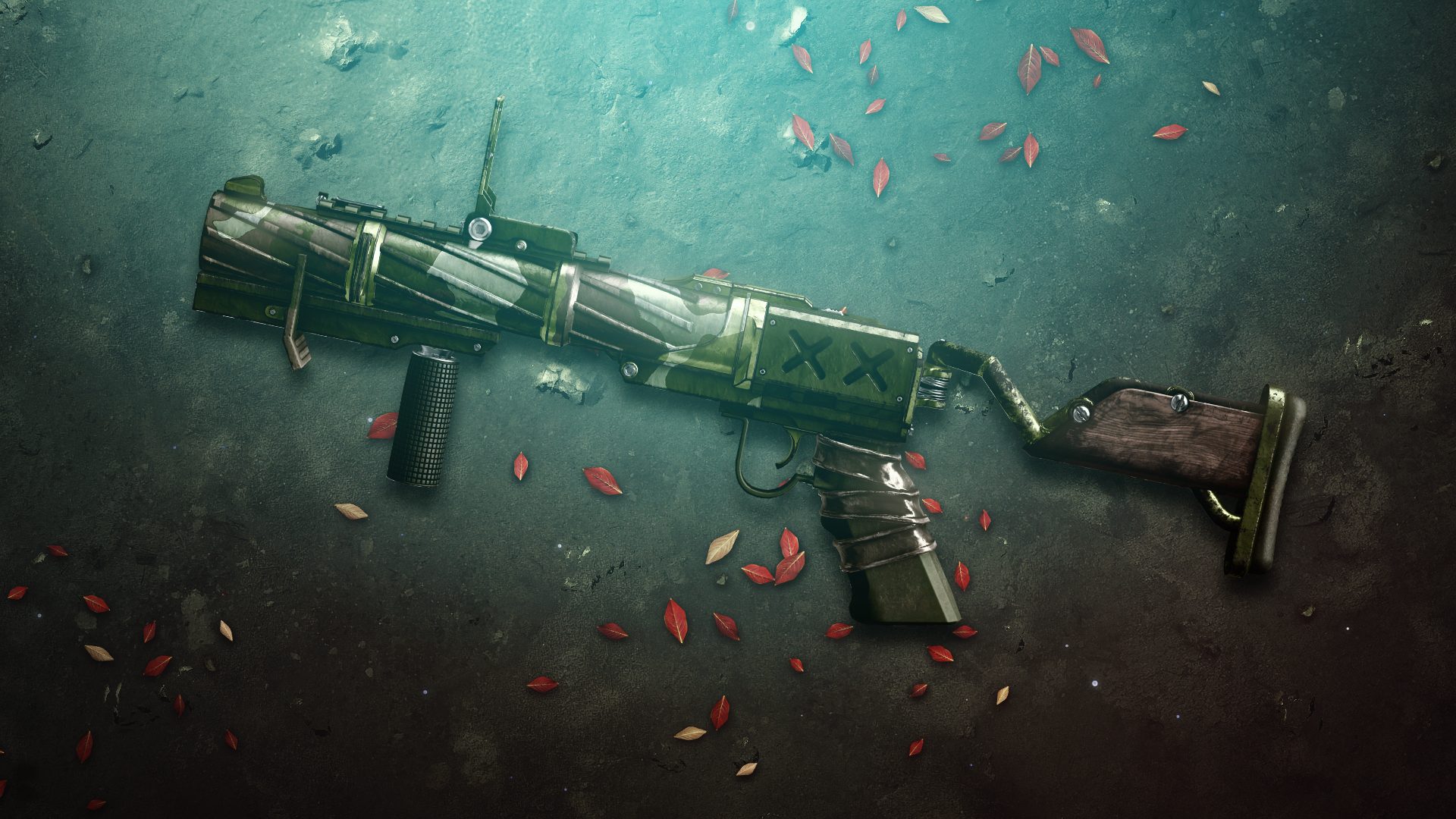 After you have obtained your new tool of destruction you will be able to earn three different ornaments for it from additional quests picked up from Zavala, Lord Shaxx, and the Drifter.

Also new in Season of the Chosen are new rewards for Trials of Osiris! There are three new Trials weapons that will become available for players to earn come February 12! 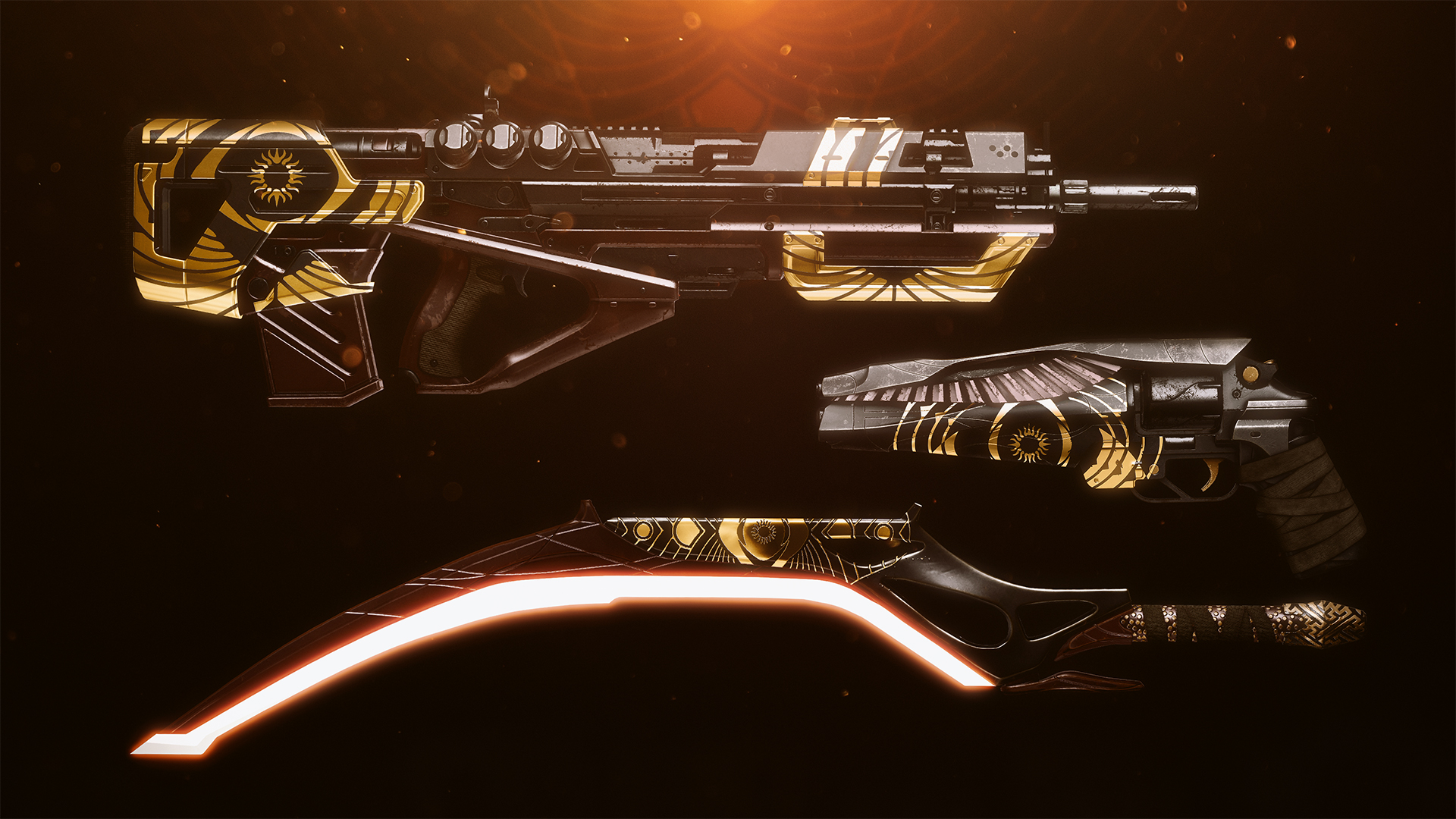 Check out the new armor you’ll be able to earn starting next week as well. 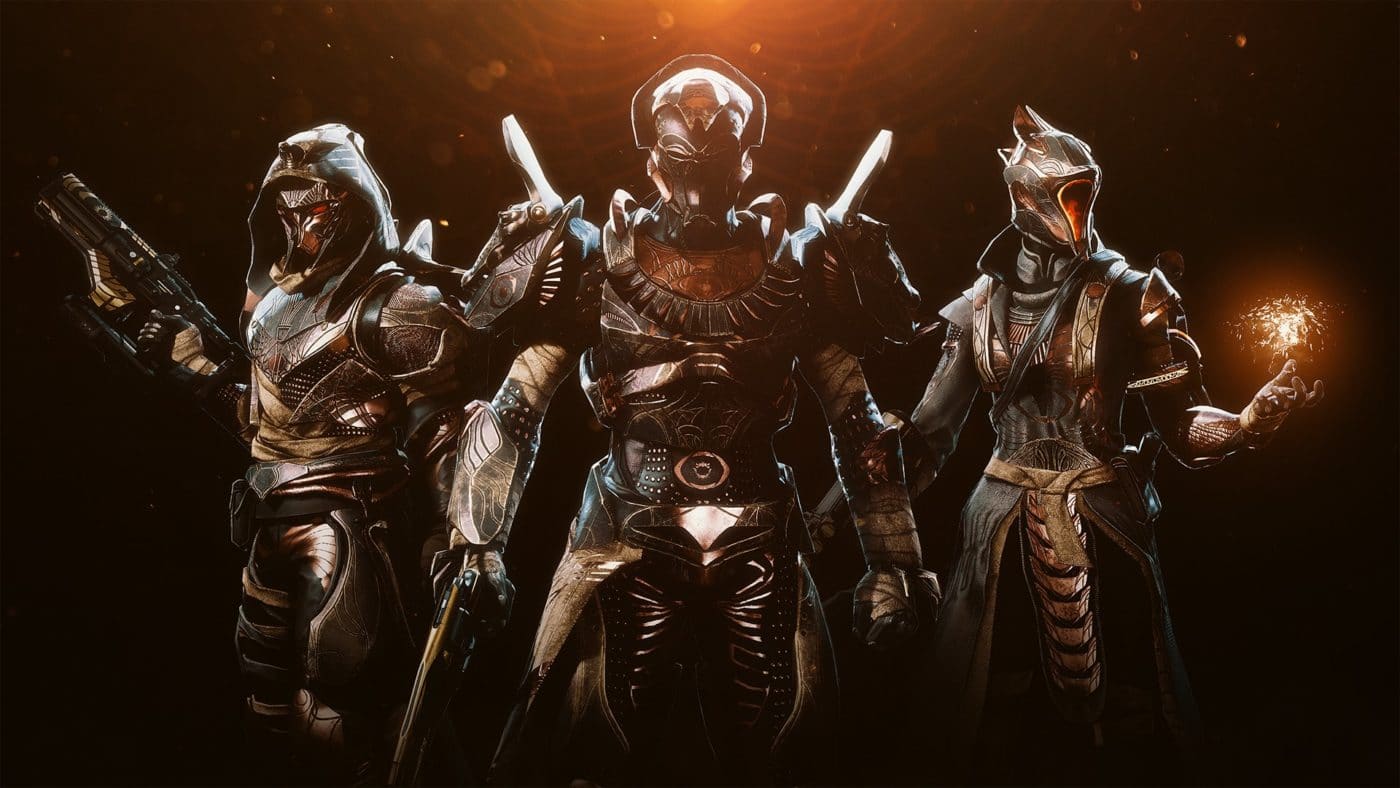 Each weapon will also have an Adept version with special mods, you can read more about those here, as well as a special shader that can be applied to any Adept weapon, even the ones from the Grandmaster Nightfall.
For the first week of Trials, armor and adept mods will be in the Flawless Chest. The second week is when you’ll have your first chance of the Season to grab an Adept weapon.

Alongisde these new weapons and armor, Trials of Osiris will have new cosmetic rewards as well! The Ghost Shell drop chances increases as you win matches and increases when you hit the 3/5/7 win and flawless milestones each week. The ship and Sparrow drop chances increase every time you go flawless. Here is a look at the rewards! 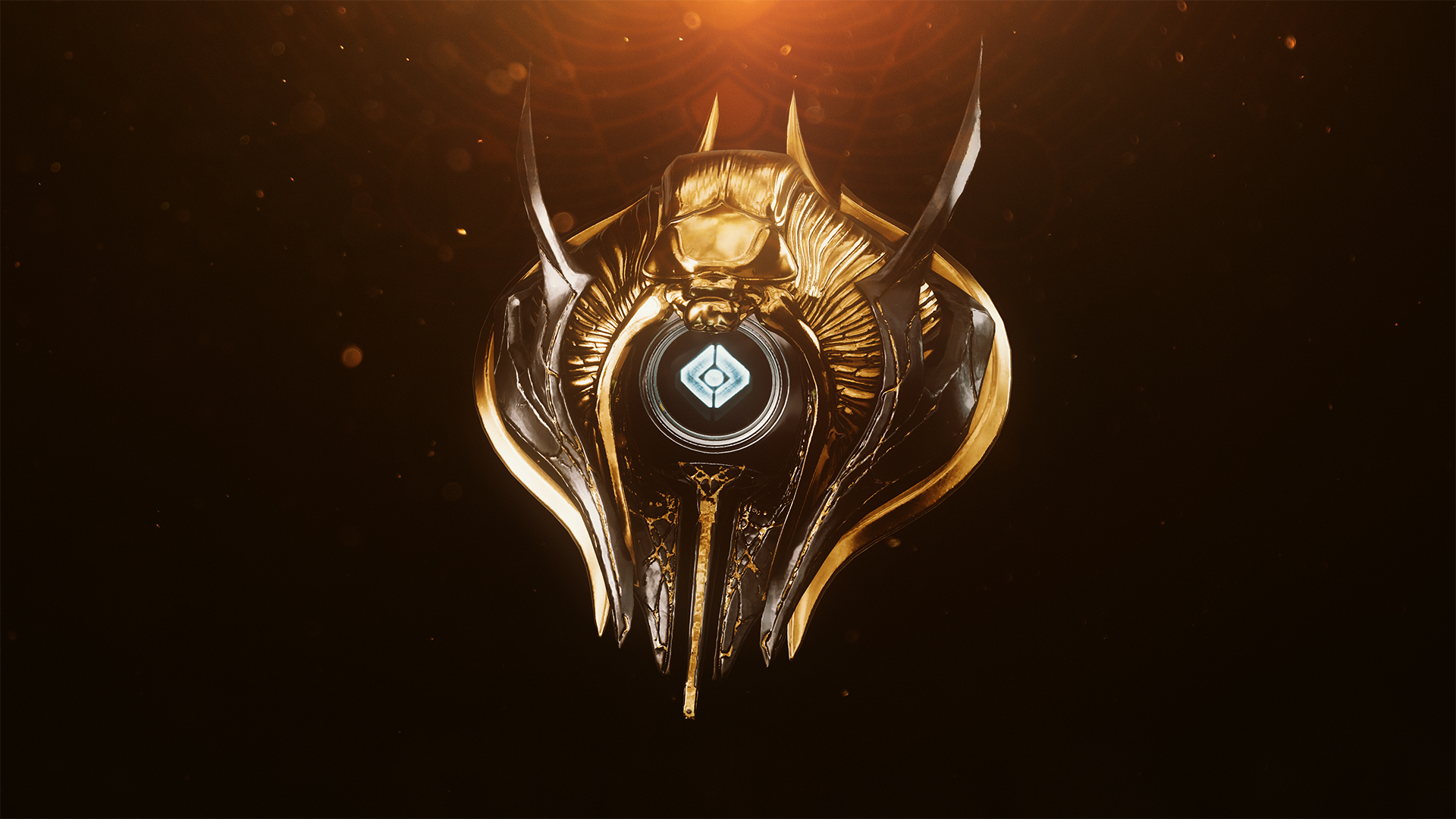 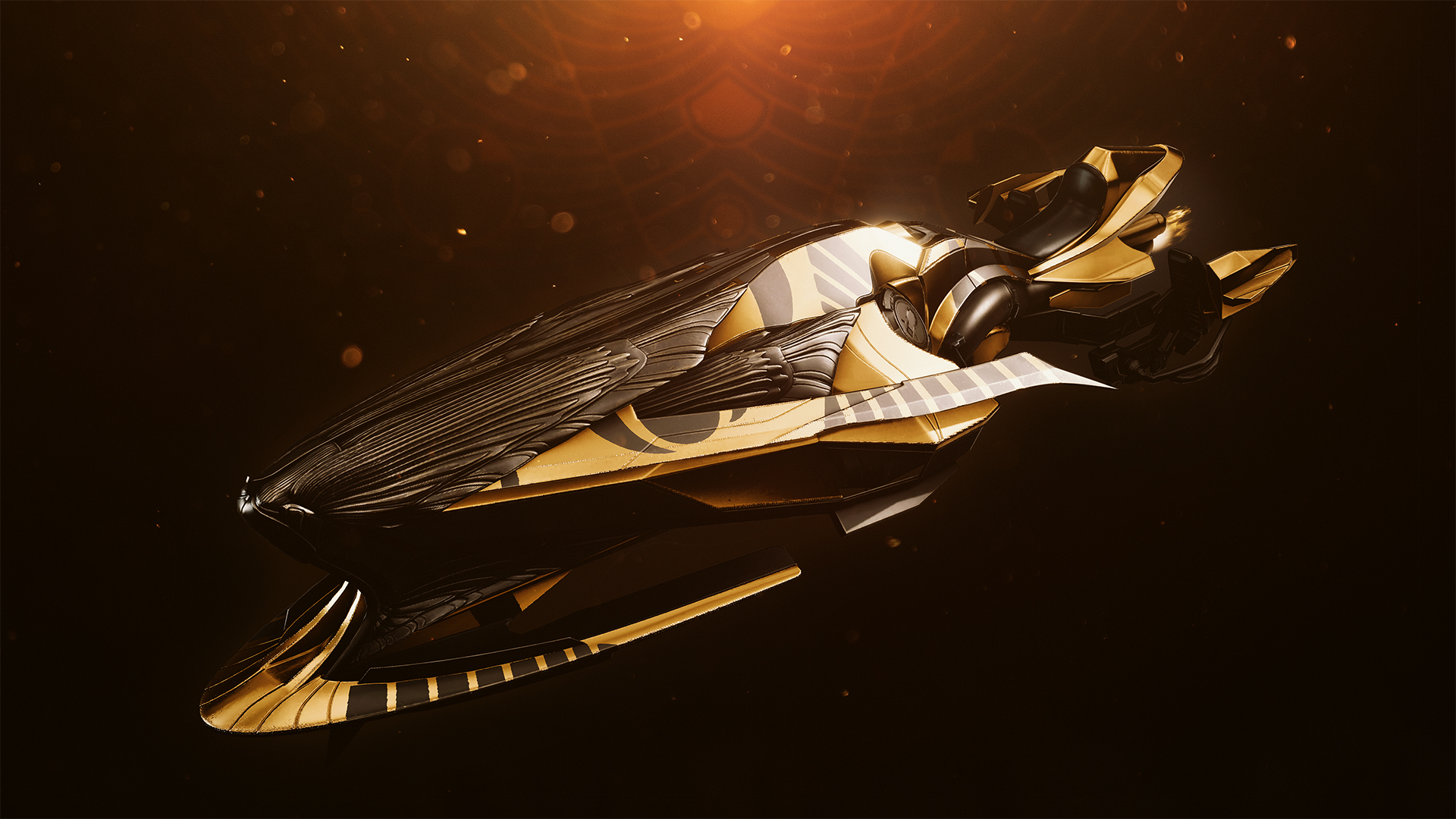 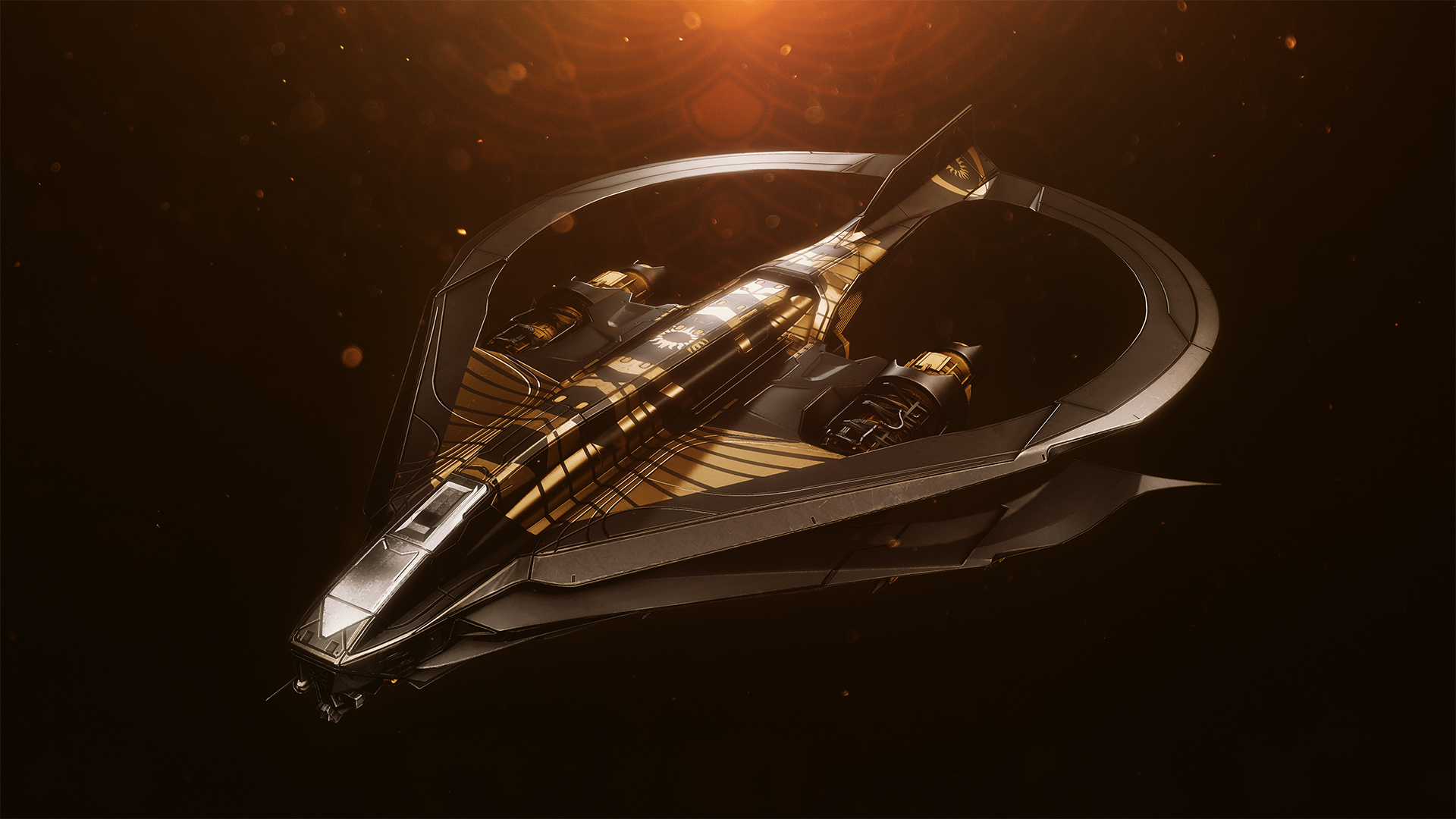 Excited for the new Trials? Season of the Chosen has several new additions to your current arsenal ready to be obtained too! 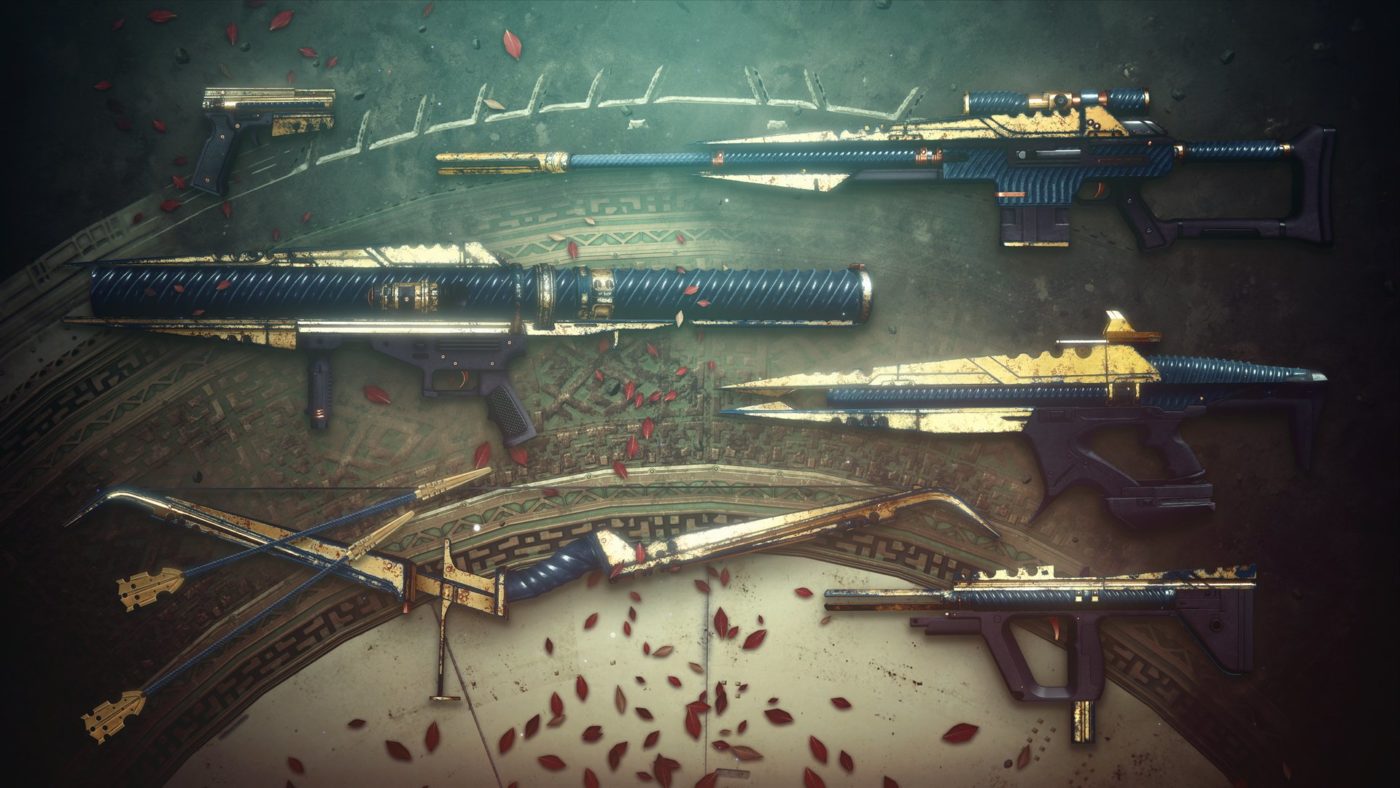 You can read up on some of the other stuff in this week’s latest update from Bungie right here. Don’t forget, Xur is returning today and we’ll have it up ASAP! So make sure you keep your crosshairs locked on MP1st.
Tags: BungieDestinyDestiny 2
Previous Post

Activision: COD Endowment Has Funded Over 81,000 Jobs for Veterans Since 2009