Before checking that out, watch the ViDoc first to see what’s coming ot Destiny 2 players in Beyond Light, and in the coming weeks!

Heer’s a look at the Destiny 2 Season of the Hunt roadmap, which outlines content all the way up to January 2021! 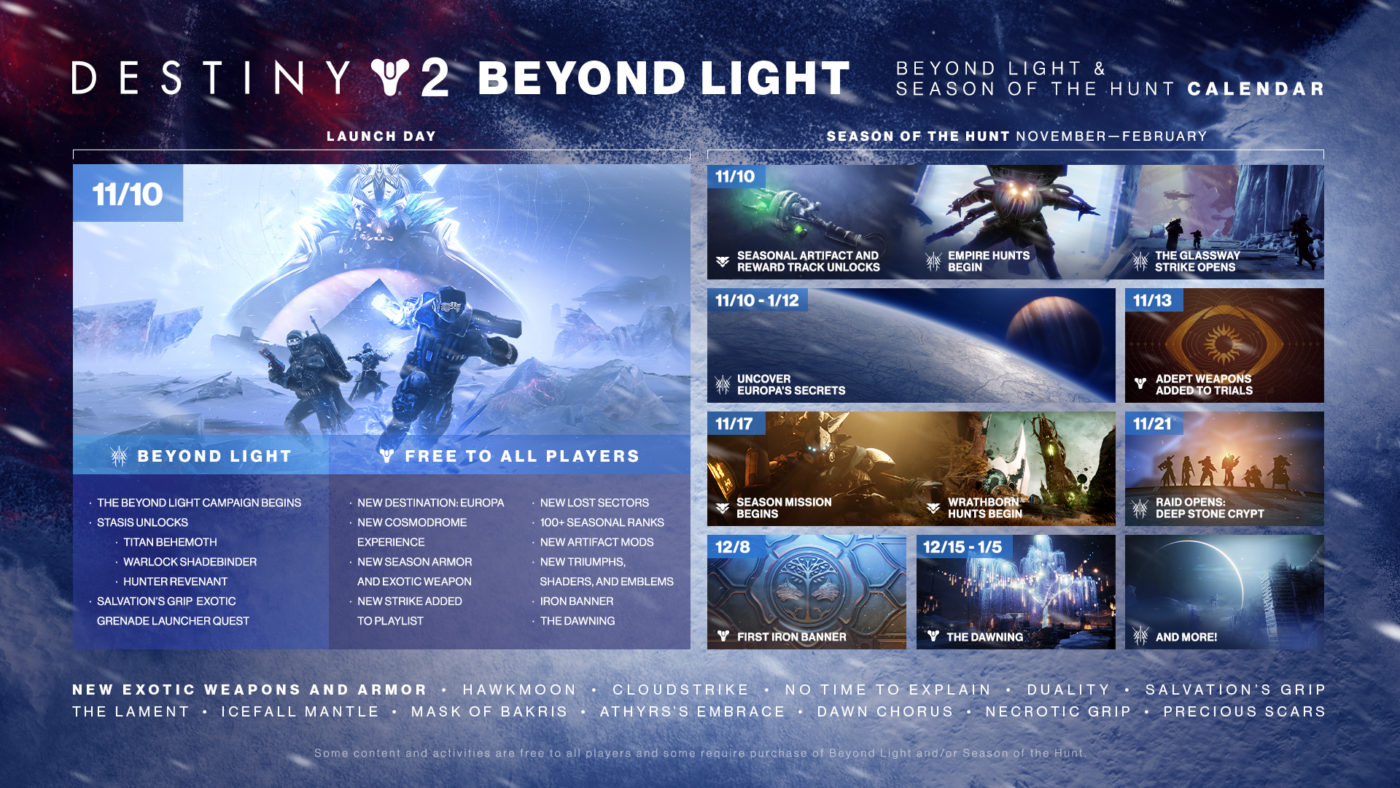 Destiny 2: Beyond Light kicks off on November 10 with Guardians traveling to Europa to investigate the threats, mysteries, and power residing there. Season of the Hunt also begins on November 10 — you will be able to start earning ranks and rewards from the Season Pass, claim your Artifact, and begin to customize it as you power it up. This Season’s story mission and new Wrathborn Hunts activity will kick off the following week on Nov 17.

Starting with Season of the Hunt, most of the Seasonal content and all of the sweet gear will be sticking around for all of year 4. We hope this alleviates some of the FOMO that has been present with past Seasons. Now you can jump back in and experience past Seasons’ story, activities, and loot anytime during year 4.

It’s certainly going to be a busy November for Guardians everywhere.

Don’t forget to check out the Destiny 2 weekly reset for which launched earlier today, too.