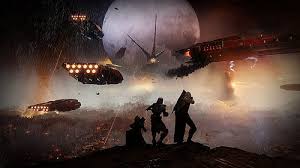 That’s a lot of info! But Bungie isn’t done yet as the studio will be at Paris Games Week during Sony’s media briefing where I assume, we’ll know more info.

Don’t forget, Destiny 2 will be launching on PC next week! Make sure you read the important stuff about it.Since it’s Friday, Xur updated his wares again, and finally, Trials of the Nine has been postponed due to an exploit, in case you’re looking for it.

What are you looking forward to the most in season 1? Has Bungie done enough to make max-level players to keep on playing?