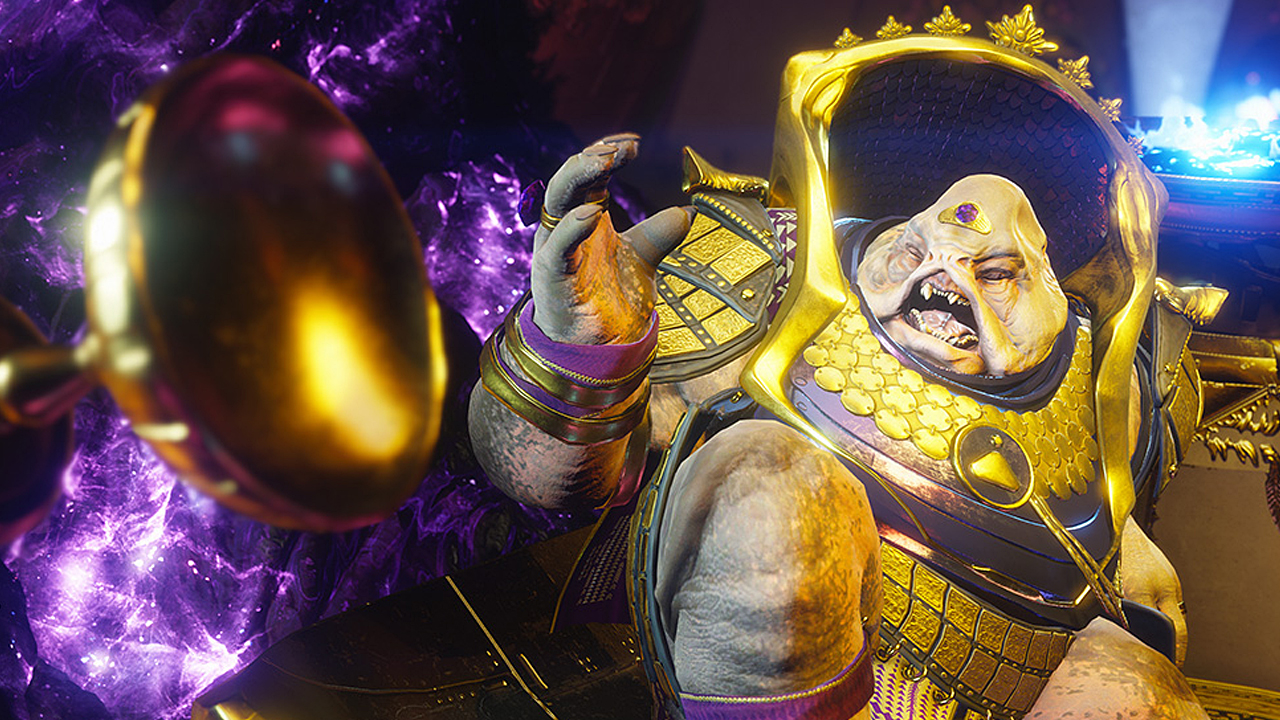 In Bungie’s Destiny 2 weekly update, Raid Challenges have been announced alongside helpful guides for the game’s PC launch, which is scheduled for October 24 at 10 a.m. PT through the Battle.net client.

Raid Challenges will be added to Destiny 2 starting on October 31. They will add an optional objective to a different raid encounter each week. Complete the challenge and you’ll receive a new emblem, as well as a guaranteed raid drop for that encounter.

Details of what Raid Challenges will actually entail have not yet been made clear, and it seems like part of the difficulty will be working out each week’s task.

“We won’t be giving you any hints on how to complete these challenges, but we will let you know when you fail with an in-game message. Your Director will tell you what is at stake each week.”

PC players joining the fight will likely be eager to know when the Nighfall, Raid and other activities will be available to play. Happily, Bungie has now provided a detailed launch calendar. 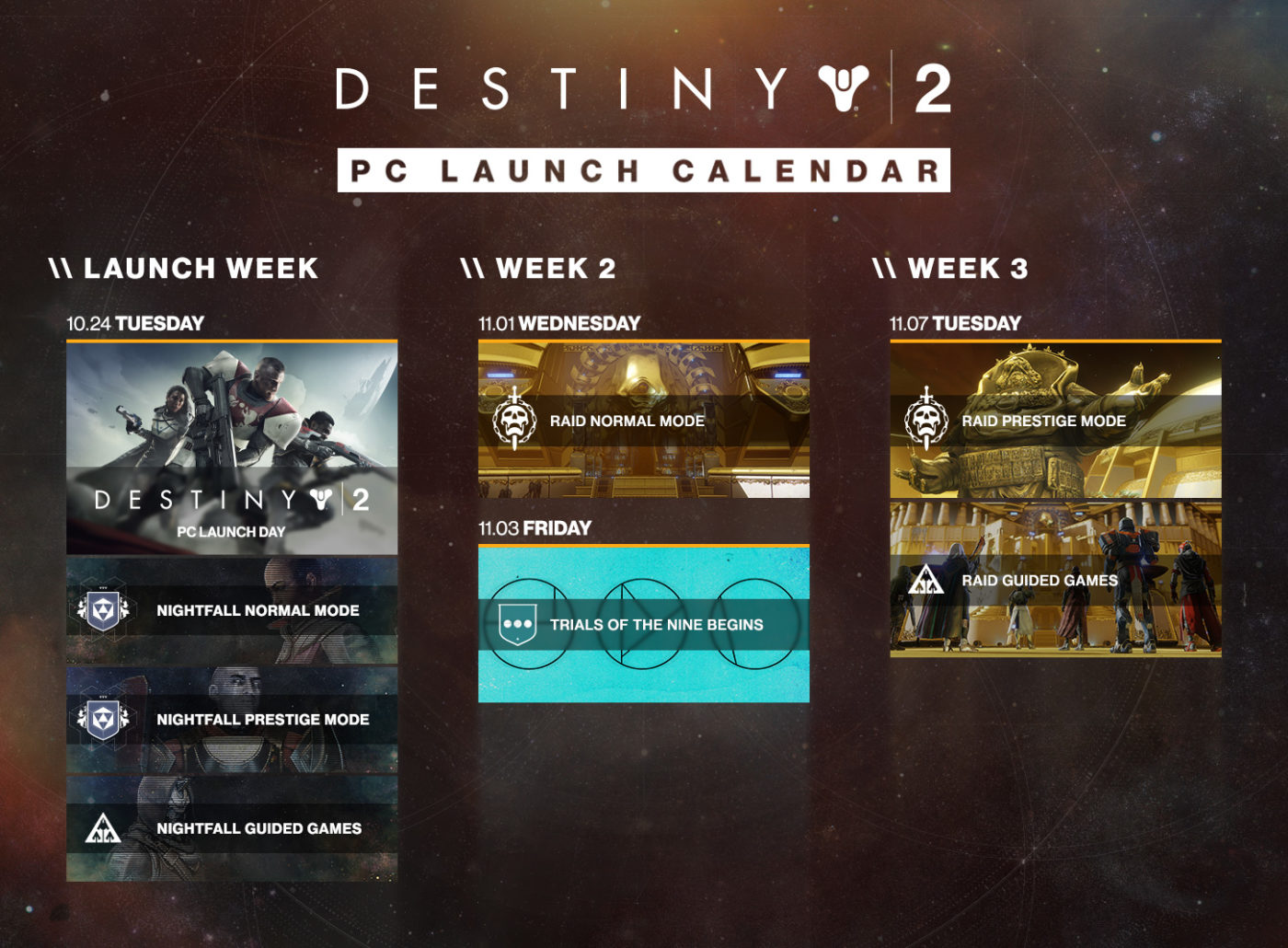 If you’re wondering how the game will perform on PC, and which graphics options are the most taxing, give this Nvidia guide a go.

D2 Graphics Guide: In this guide you can examine the impact of each of these graphics settings through screenshots and interactive comparisons, learn how they affect performance, see recommendations for performance-improving tweaks, and get recommendations for GPUs capable of producing the highest-quality experiences in Destiny 2 on the PC.

Following the controversial congratulations given to Clan Redeem after they were first to complete the Prestige Raid with the use of an exploit, Bungie has now revealed the top three clans, to allow the community to “make your own decision as to who should be celebrated.”

In other Destiny 2 news, update 1.0.5 is out now with patch notes, give the PC launch trailer a watch in glorious 4K 60fps, and the game’s director has discussed weapon perk rolls and the “high percentage of players” who have completed the game.

If you haven’t yet caught up on what Xur is offering this week, here’s his latest list of goods.

Fortnite PS4 and PC Cross-Play: Here’s How to Play Against PC Gamers