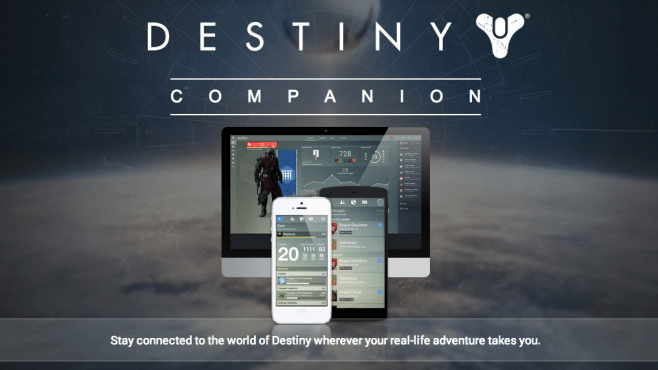 Destiny‘s Companion App now appears available to download on both iOS and Android devices, which you’ll be able to take full advantage of in the upcoming Destiny Beta.

The new interface resembles the recently updated official Bungie website. Both the app and the web versions of the service are meant to work together seamlessly, so it’s really up to you how you want to stay connected to your friends, fellow Guardians, and Bungie’s brave new world. All the features and sections, including Clan or Group management, Legend, Tower, and Grimoire, and Forums, are there to explore, though much of it is inaccessible until a Guardian is created in the upcoming Beta.

Either way, you can download the app through the links below, or just be sure to update the Bungie app that is currently on your device.

Destiny’s official Beta kicks off on July 17 for PlayStation users and July 23 for Xbox users. You can catch a full overview of the Companion App right here.