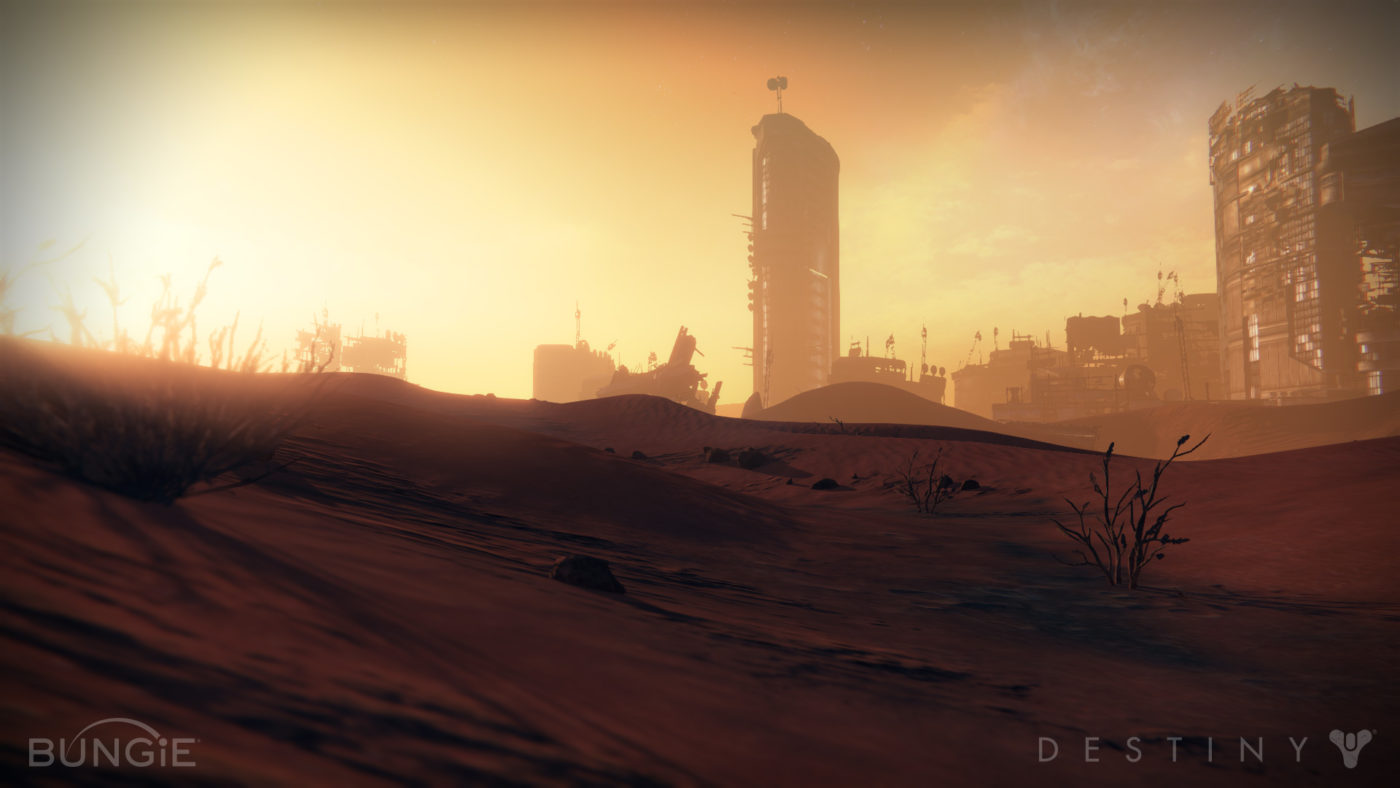 Destiny developer Bungie is on its “final approach” to get its expansive shared-world shooter through Alpha, into Beta, and into the hands of anxious gamers later this Summer.

“We are hurtling towards September 9th. We are on final approach,” writes community manager Eric “Urk” Osborne in this week’s Bungie update. “For you, that means the floodgates are about to burst wide open.”

In this case, Osborne is referring to an incoming influx of fresh new Destiny news, as members of the press were recently invited to get some hands-on time with the game at Bungie’s studios. The news, along with loads of “shiny new assets”, will “mark the beginning of your true introduction into the world of Destiny,” Osbourne writes.

“Pre-Alpha itself is just a beginning,” he continues, looking back on Bungie’s most recent work. “It leads us into Alpha proper, and you into Beta, but it’s already keeping us up late into the night. Though we’re bleary-eyed and exhausted with the day-to-day challenge of keeping Destiny ON TRACK, the tiny sampling offered by our Pre-Alpha is already hugely motivating.”

Destiny’s Beta is coming first to PlayStation 4 and PlayStation 3 users this Summer, later opening up to Xbox One and Xbox 360 users. The game officially launches September 9 on all four platforms.

No Titanfall on PlayStation 4 Due To Unknown Specs, Xbox ‘Saved the Project’