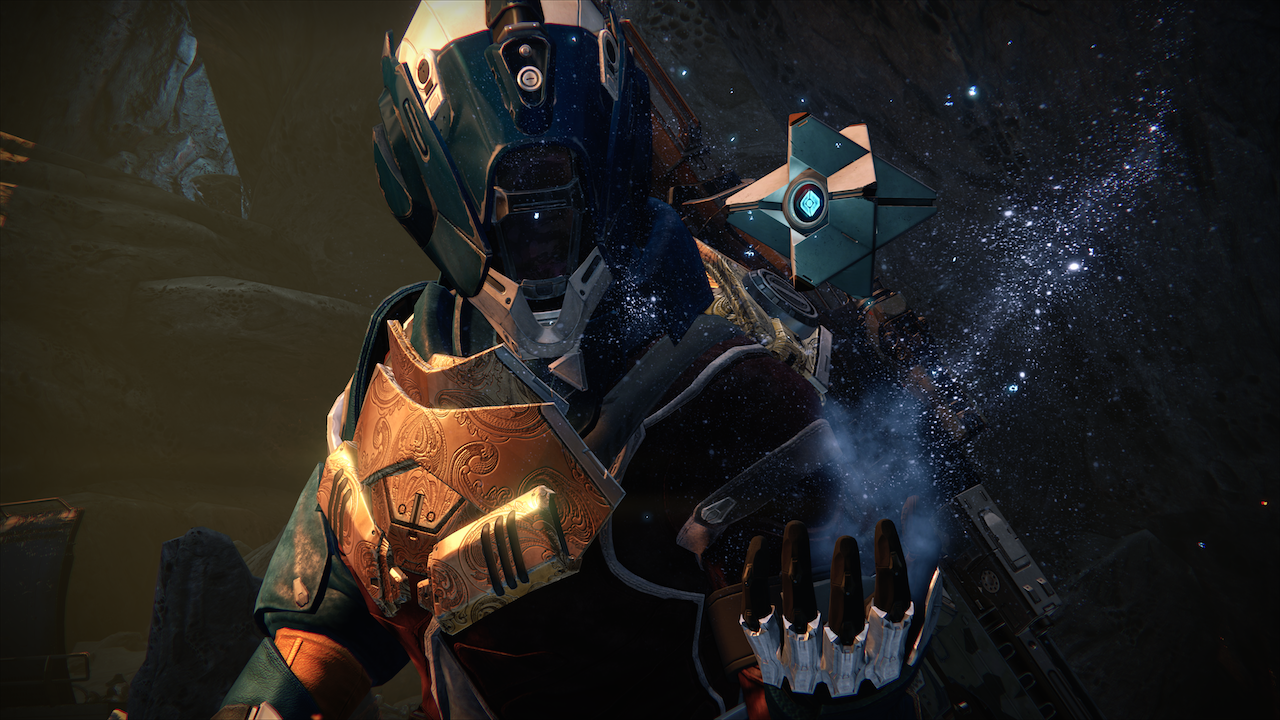 Activision and Bungie are now selling class-specific consumables that will boost your Guardian’s level up to 25, the base level required to participate in Destiny: The Taken King DLC content.

The Taken King launched with a similar item called a “Spark of Light” that was given to all buyers for free, allowing new players to skip forward in progression with one character only, giving them instant access to the newest content. Now, the studio is offering a Level 25 Boost, a Subclass Boost (used to upgrade abilities faster), and Telemetries (used to upgrade weapons faster) in a single, $30 USD package on the Xbox Live and PlayStation Network stores.

As of this writing, they’re already up on the Xbox store, one for each of Destiny’s three classes, and will likely roll out on the PlayStation store soon. They don’t provide any one player an advantage over another, but are a little steep in price for something that normally just costs a little bit of time. That said, some players may value the option to save time instead. The current level cap in Destiny is 40, though character power is primarily increased through in-game weapons and armor.

Here’s what the packages look like on the Xbox store: 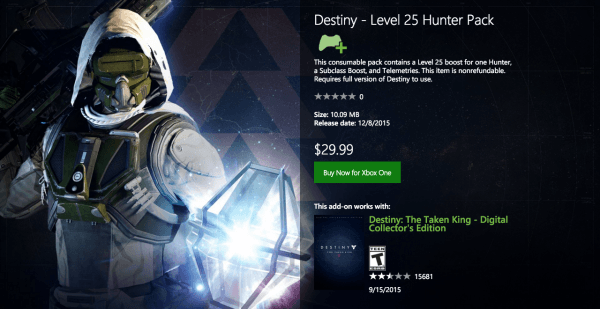 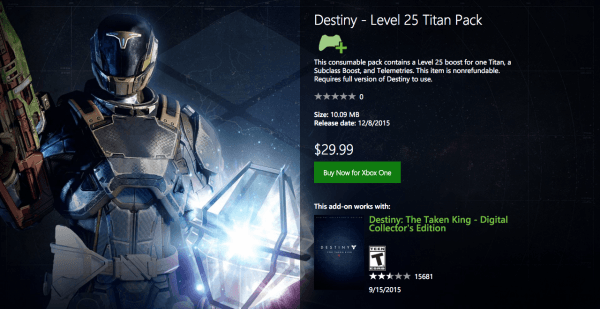 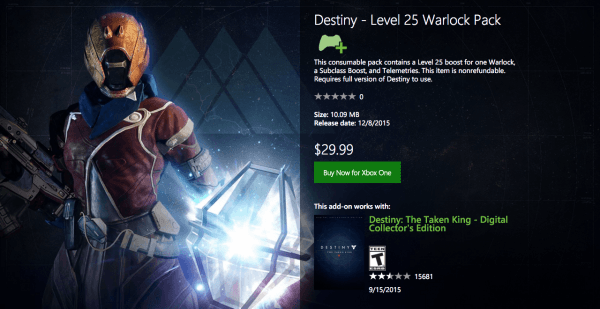 These packages can be purchased along with Silver, a new currency that was introduced in Destiny back in October, used for emotes and other cosmetic items.