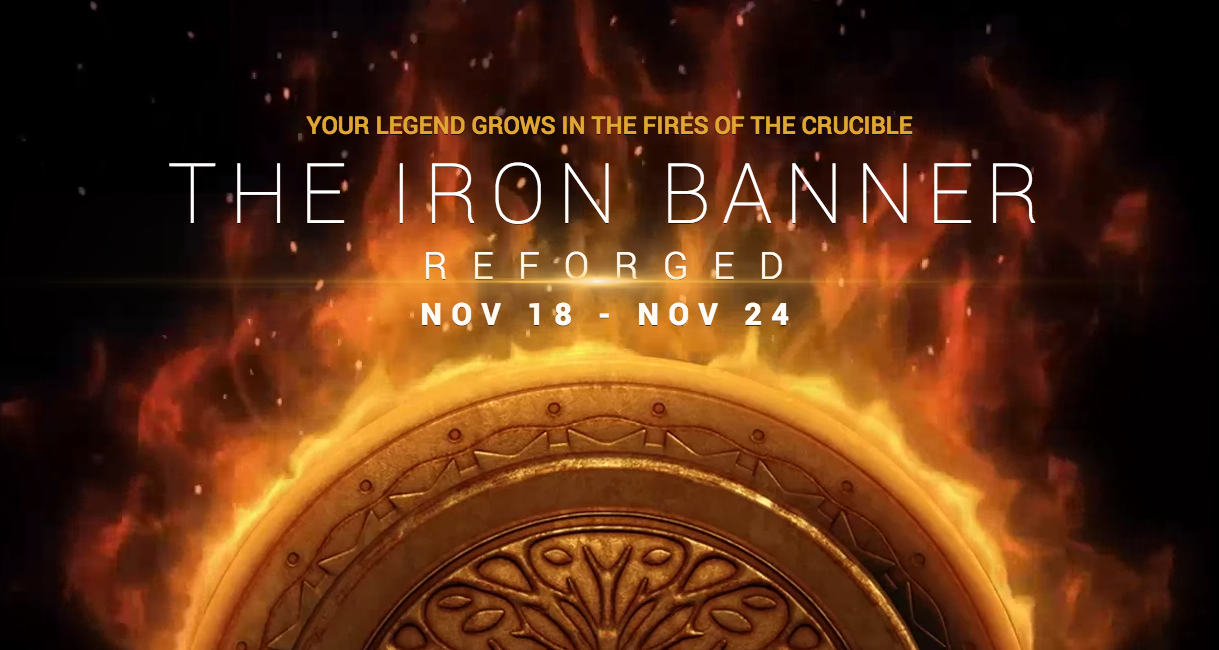 Destiny – A “Reforged” Iron Banner Lands November 18 For One Week

The “Reforged” version that Guardians will get to take part in for one week, until November 24, boasts a number of improvements as a result of direct fan-feedback over the first Iron Banner event. If you need a bit of a reminder, you can read up on all of the tweaks below, which were implemented earlier today via Destiny’s Game Update 1.0.3.

Strike while the Iron is hot.

To get a better picture of some of the new items and improvements, be sure to visit Bungie’s official page right here.

See you in the Crucible this week!