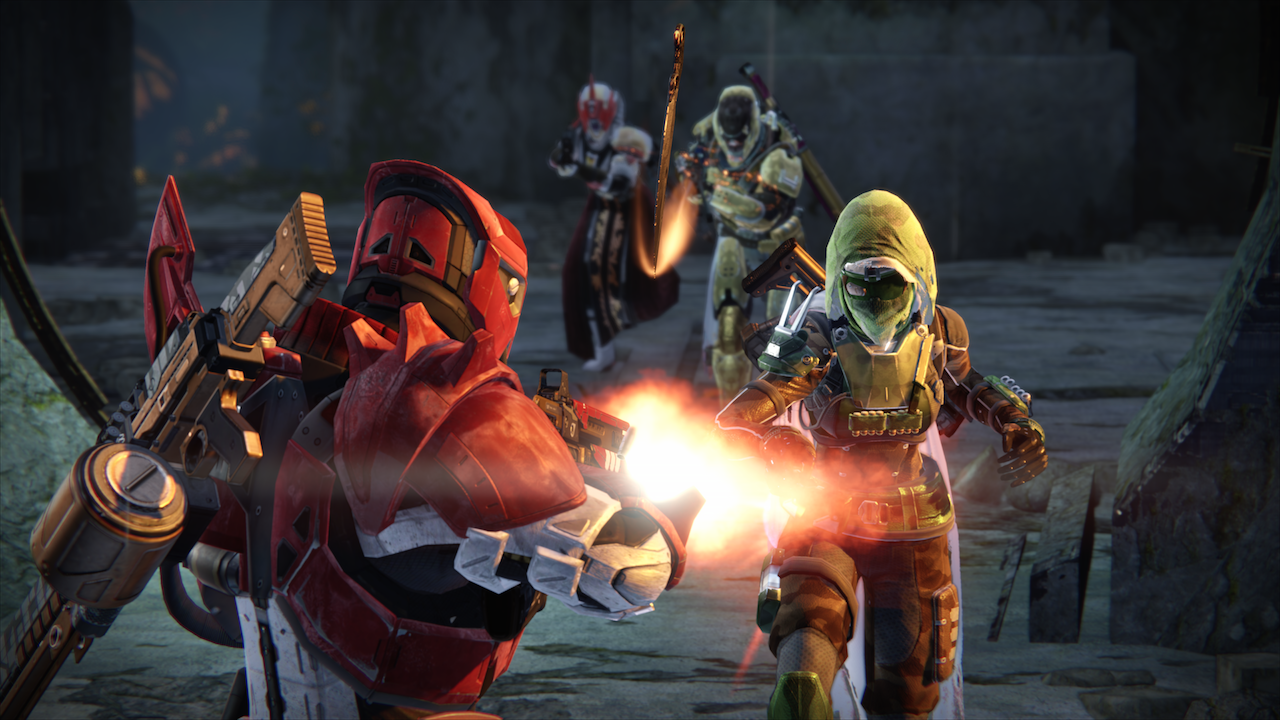 On March 3, Destiny developer Bungie is introducing a new PvP playlist to the Crucible that the studio says is “more about basic gunplay and achieving more with less.”

In the latest Bungie Weekly Update, Senior Designer Leif Johansen explained that the new Inferno playlist, previously rumored, will “give you the opportunity to flex new gameplay muscles you didn’t know you had.” Well then. What’s so different about it? Here’s Leif’s rundown:

“We’re removing the Tracker that warns you of nearby opponents. We’re hoping this change will provoke players to rely even more on certain skills like map knowledge, teamwork, good positioning, successfully flanking opponents, using jumps to set up ambushes, catching audio cues like footsteps, and using friendly nameplate UI as clues toward enemy position. Lack of Tracker should also indirectly reduce the effectiveness of Supers and Heavies, and make the mode more about basic gunplay.”

Here’s a look at Inferno’s settings:

Also a key point in Bungie’s latest update was the improvements made to Destiny’s Companion App and website that will now allow Guardians to better manage their Vault space.

Now, players can swap weapons and gear in and out of their Vault at the palm of one’s hand. Any changes made will update in real time in game, so you can make arsenal adjustments in the middle of a Strike.

Here’s Engineering Lead Chris Gossett’s tutorial on how it works:

“On www.bungie.net, Android phone, or iOS device, go to an item in your inventory and bring up the item detail screen. There are two options available (Equip and Move to Vault). Remember, Equip from Companion works only when you’re not playing Destiny in a combat space. With Vault transfer, there is no such restriction. You can interact with your vault whenever or wherever – even in combat.

“Hit Move to Vault to transfer an item to your vault. Conversely, when viewing an item in your Vault there’s a button that says Take from Vault. Doing so will move the item to the character currently in focus on the app. If you’re transferring an item that has a quantity (like materials) you’ll get a prompt that asks ‘How many?’ If you just need a couple, there’s no need to take the whole stack. Just get what you need.”

More Vault space would still be nice, but for now, this update is a very welcomed addition.

Keep your eyes locked on MP1st for more Destiny updates and tell us in the comments below what you think about today’s news!