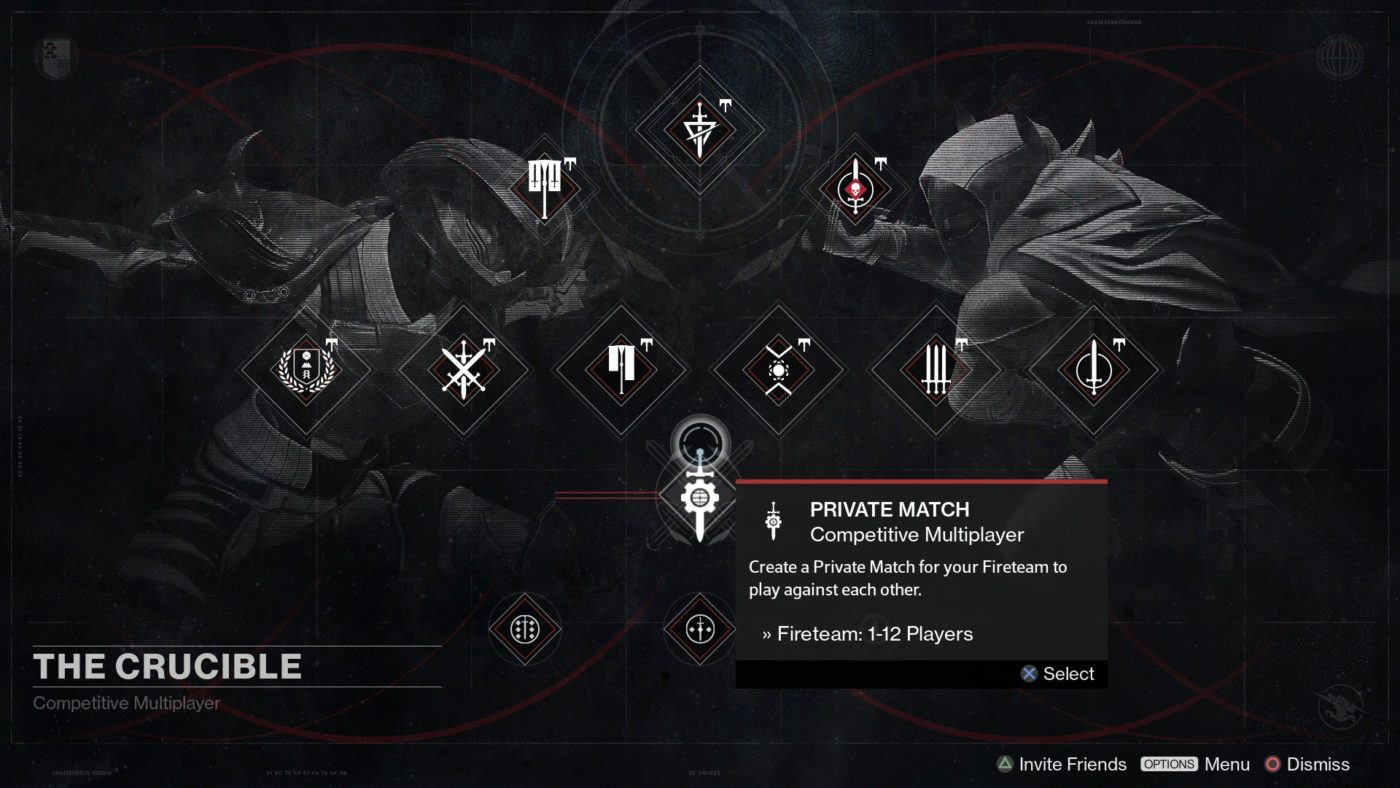 The update lets Guardians create or join private matches with the ability to tweak options like the game type, map, time of day, score limit, time limit, and light level. As a solo player, the new feature is also a great way to simply explore multiplayer maps at your own leisure without any disturbances.

Private Matches are excluded from previous-generation consoles, meaning you’ll need to be on PlayStation 4 or Xbox One to enjoy the new update. Destiny’s Rise of Iron DLC is not required.