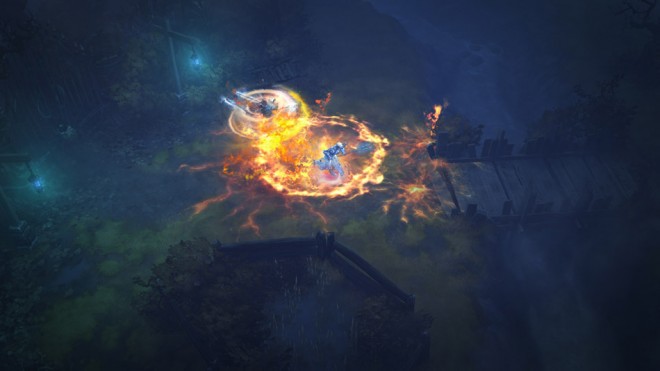 Though initial plans to introduce player-versus-player (PvP) to the world of Diablo III in the form of a Team Deathmatch (TDM) mode were scrapped only a few weeks ago, Blizzard still has plenty of updates to share when it comes to the soon-to-arrive patch 1.0.7 for Mac and PC.

Luckily for those with a competitive edge, patch 1.0.7 is not entirely void of PvP elements. While TDM collects dust on a shelf, Blizzard would like to introduce you to the idea of dueling. In a recent blog update, Wyatt Chang of Blizzard describes exactly how dueling in Diablo III will work.

Chang goes on to explain Blizzard’s philosophy behind dueling, revealing that the “intent is to provide players a safe, opt-in location where they can fight one another for bragging rights (or maybe science) without the potential for griefing as it existed in Diablo II.”

He adds, “the game doesn’t keep score and there are no objectives. We wanted dueling to be as simple and straightforward as possible, so we created a minimalist system — we know that even without rewards and objectives, some players just want to beat each other up. Some matchups may be one-sided, and we don’t expect that battles will be necessarily balanced. But that’s okay, because dueling in Diablo III is more about kicking ass and taking names in a no-holds-barred sort of way, and this design certainly allows you to accomplish that.”

In addition to dueling, patch 1.0.7 will be fixing and tweaking a number of elements, including classes like the Wizard and Monk, crafting, monsters, experience and much more. You can read up on the full list of changes here.

Are you excited to get your FFA on in Diablo III? We still have yet to learn the release date for patch 1.0.7, but we’ll be sure to keep you updated!