In case you didn’t know, DICE is once again tweaking Battlefield 5’s time to kill (TTK) in update 5.2, which is set for release this December. This was part of the announcement made for some of the incoming changes changes set for the next patch, and it seems to antagonized some players who were perfectly happy with it. Over on the game’s subreddit, DICE themselves, hopped in to comment on this Battlefield 5 time to kill update.

While DICE can’t outright answer some of the questions and whatnot, given how this Battlefield 5 TTK update hasn’t bee released yet, the studio’s Community Manager “PartWelsh,” still answered some of the community’s concerns, and assured them that no one is being ignored. 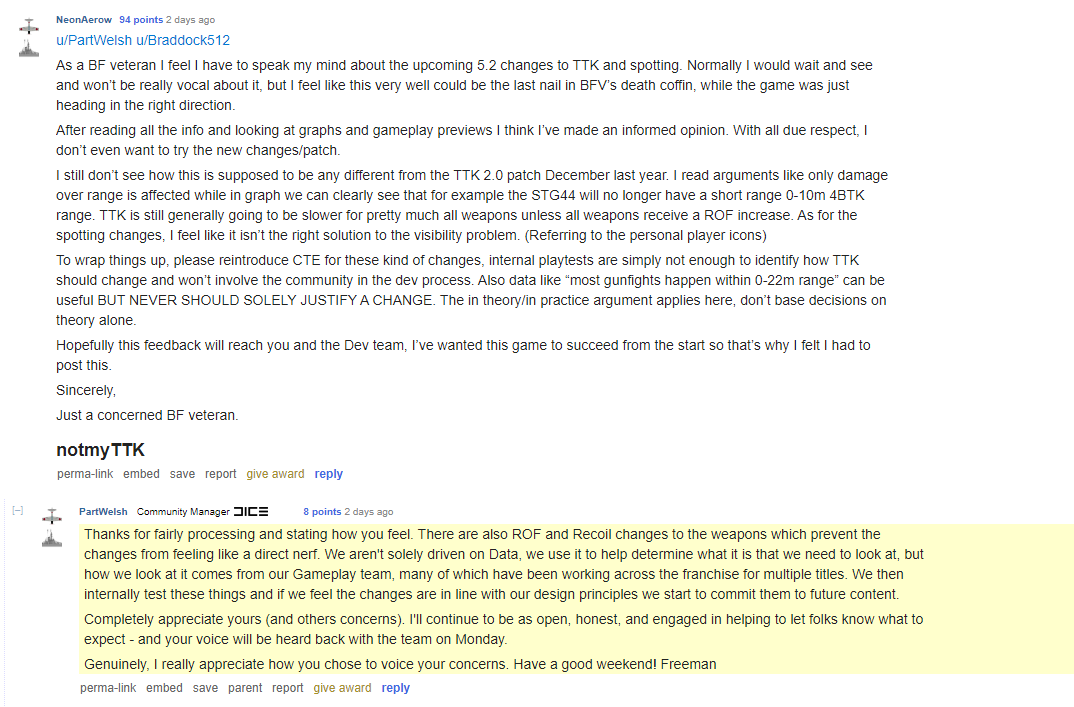 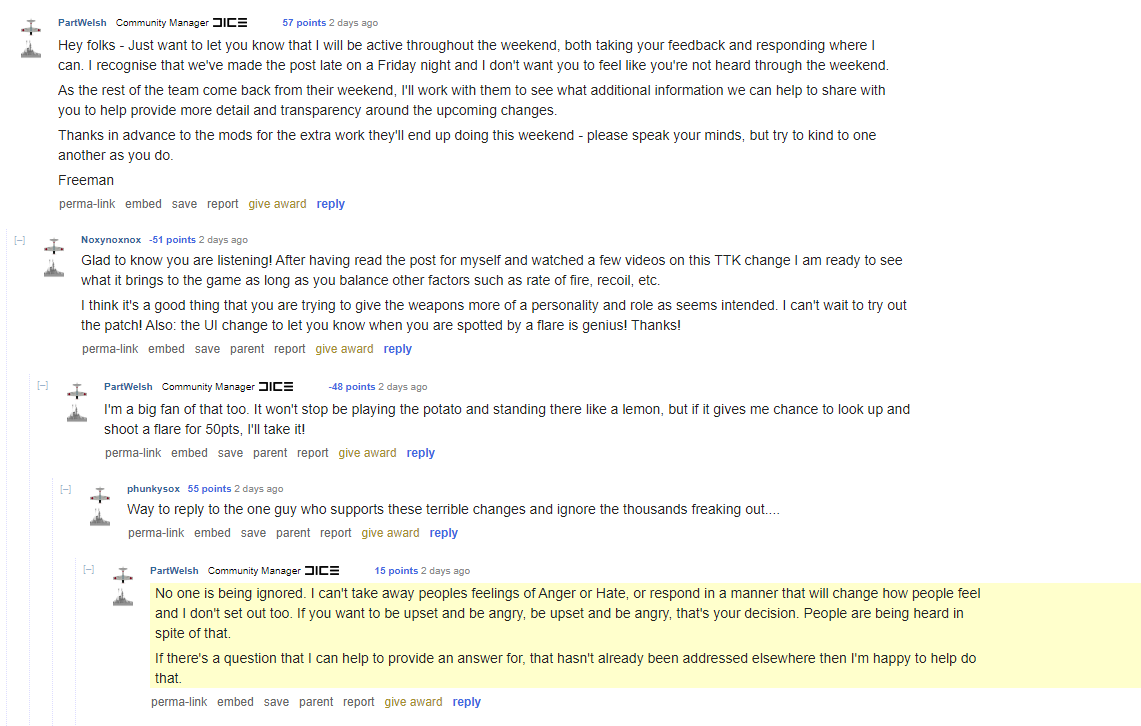 For the full list of comments from both PartWelsh and the communtiy, head on over to the Battlefield 5 time to kill update megathread.

As someone who still plays the game, I have to say, I’m a bit skeptical with this change, given how the current TTK feels right. I mean, I don’t regularly see people complaining that it’s either too quick or too slow, so the changes being tested and to be implemented are a bit odd. That said, I’ll reserve judgement once I’ve actually tried it out.

In other Battlefield 5 news, go check out some of the new, and upcoming melee weapons set to be released in the game soon, which was unearthed via dataminig.

PS5 Controller Patent Possibly Gives Us a Peek at the Design

PS5 Controller Patent Possibly Gives Us a Peek at the Design