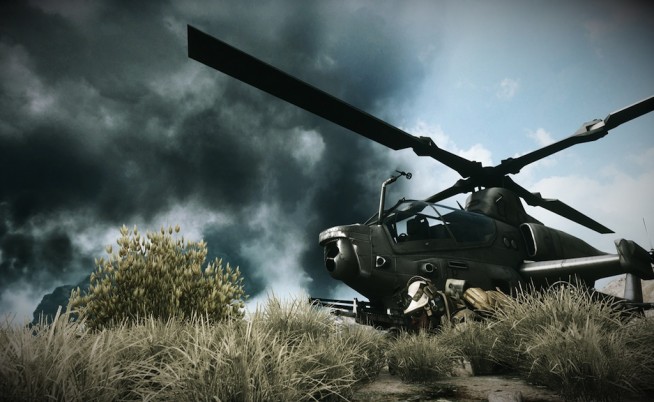 DICE Developer on Making Cuts to Battlefield 3, Vehicle Upgrades Through DLC “On The Table”

Battlefield 3 developer Alan Kertz speaks about the necessary cuts that needed to be made in order for Battlefield 3 to ship in time.

Kertz admitted, “I tried setting up this once, the rocket pods we have on other aircraft looked ridiculous. It was simply too late to build the smaller ones, so we had to drop the idea.”

Of course, accusations began flying as fans criticized the DICE team for releasing Battlefield 3 early and cutting content simply to “compete” with the latest Call of Duty title, Modern Warfare 3. They also compared it to Blizzard’s Diablo III, which has been taking its sweet time to release.

Responding to one fan in particular, Kertz had this to say: “3 BAFTAs. 10+ Million Sold. 89% Metacritic on PC. I’m proud of what we accomplished, I’m sorry you think it was rushed, but everything else points to two words: Great Success. The reality of development is that sacrifices must be made. And making cuts improves the over all experience for players.” Kertz added, “again, making cuts and focusing on what’s really important improves the experience. Too many designers allow themselves to do a game ‘when it’s done’ and as you can see, there’s really only about 2 studios that can afford to do that, and routinely to get Quality out of it: Blizzard and Valve.”

Such is the bureaucracy of game development, so it seems. While it’s true that items and features may have been cut from Battlefield 3, perhaps it was necessary in order for DICE to be able to compete in the growing and fast-paced FPS market.

Back to rockets and scout choppers, Kertz was also asked if rocket pods or other new vehicle upgrades would ever be included in future DLC. Without giving a yes or no answer, Kertz responded, “It’s definitely on the table.”

On to the the most important question: Do you feel Battlefield 3 was rushed in order to meet deadlines? Could DICE afford to release such a big hit at a “non-competitive” date? let us know your thoughts in the comments below!