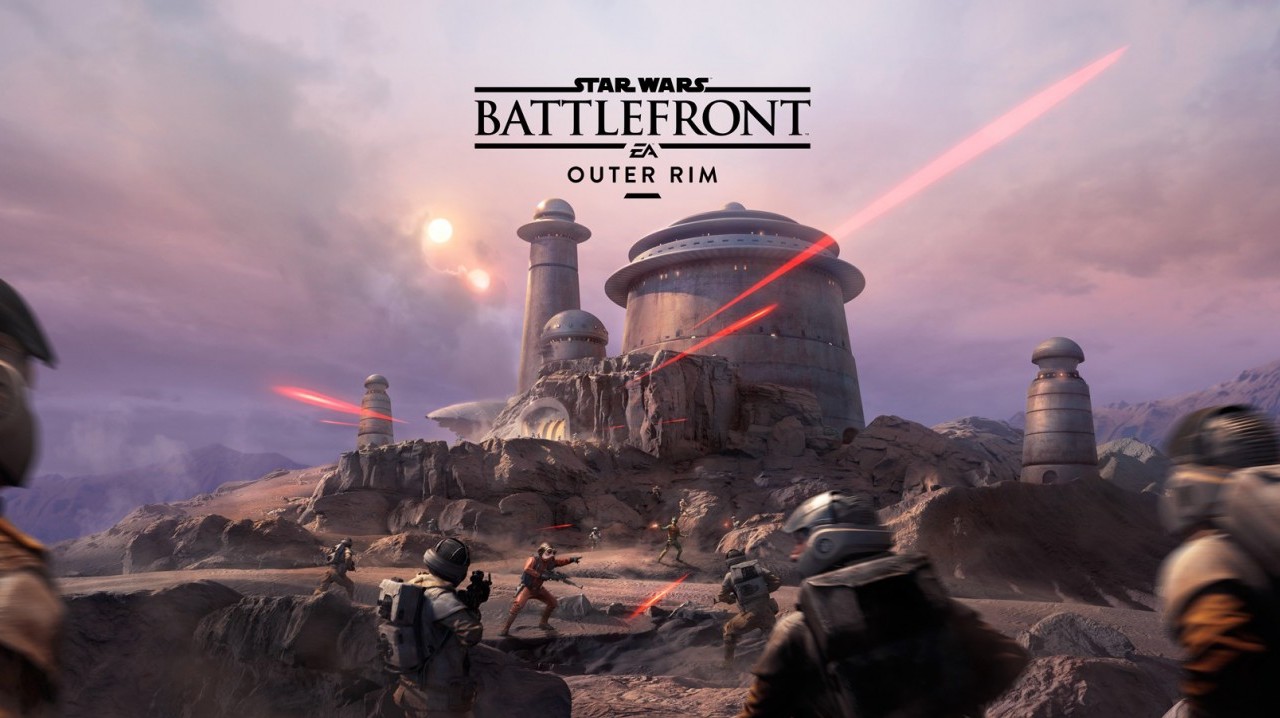 It’s called Outer Rim and looks a little something like this:

As YouTuber BattlefrontUpdates pointed out in his latest video, two possibilities for new DLC heroes are likely the Rodian bounty hunter Greedo and the Sullustan Rebel pilot, Nien Nunb. You can spot both of them quite clearly in the very center of the artwork above.

As DICE mentioned in its previous announcement mapping out incoming DLC for 2016 and beyond, the setting of the game’s first expansion will center around the “factories of Sullust” and “Jabba the Hutt’s palace on Tatooine.” By the looks of it, the latter is what’s pictured above.

Besides the setting, the only thing confirmed for now is that Battlefront’s Outer Rim DLC will launch sometime in March with two-weeks of early access going to Star Wars Battlefront Season Pass owners. Battlefront’s community manager, “Sledgehammer70”, also told fans to be on the lookout for news on “more maps, weapons, star cards, heroes, level cap increase, and an all-new multiplayer game mode,” in the coming weeks.