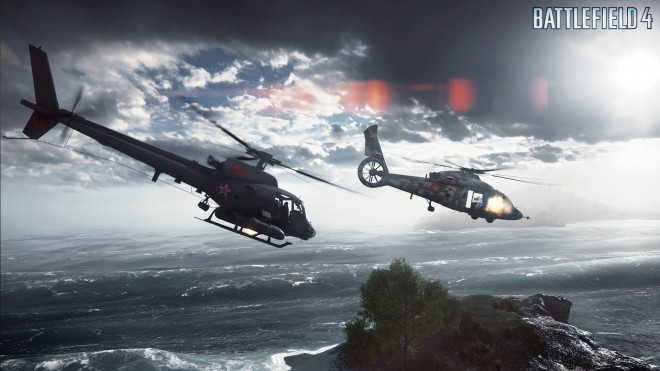 While Battlefield 4 developers DICE are hard at work making sure the next entry in the long-running series is as epic as epic can be, Creative Director Lars Gustavsson admits that, on more than one occasion, the studio had to stop themselves from going “too hardcore” with the game.

“To be honest, our problem isn’t to not think about the hardcore, rather, there are so many people like me doing Battlefield since ’99 or at least 2000 that everyday we need to stop ourselves from going too hardcore, we really have to hold ourselves back,” he told Polygon when asked how DICE plans to add new features to the game while appeasing hardcore Battlefield vets. “That is the natural gear that we have: the hardcore side. Then we need to remind ourselves that we need to make it for everyone.”

“Even though people have been playing Battlefield from the start, they choose not to fly because they don’t feel safe,” he added. “So it is not about losing sight of the hardcore. If you look at hardcore forums, there are so many times that you see ‘I don’t how this weapon works or this gadget’ and then everyone tells each other. It is beautiful. It is just beautiful. But sometimes you feel that a game should be self explaining, it doesn’t have to be more stupid.”

For example, weapons now display proper stats so gamers are more aware of what weapon does what and how certain attachments affect weapons, as he admits that even he who made the game “had a hard time knowing which attachment did what for what weapon.”

On top of that, newcomers, or those simply looking for a little more practice with vehicles and gadgets, will be happy to take full advantage of Battlefield 4’s new battle test range.

Battlefield Director Wants Studio to Get Into Linux, Needs One ‘Killer’ Game to ‘Kick Off’