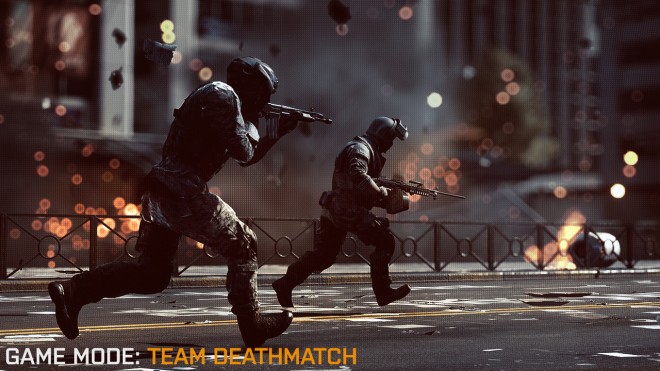 Battlefield 4 Producer Daniel “zh1nt0” Matros explains how the studio behind Battlefield 4 plans to make the game a ‘sport’ and allow competitive gamers to take advantage of the game’s more eSports-friendly features.

Speaking to Matros at the rAge 2013 expo, YouTube personality “Ph4tso” asked where DICE hopes to take competitive play with the launch of Battlefield 4 this Fall.

In answering, Matros highlighted some of the more competitive game modes being featured in Battlefield 4; Domination and Diffuse, and touched on the importance of working with big leagues and the community.

Matros also clarified that the core competitive Battlefield 4 experience will be 5 vs. 5 offline, but will focus on keeping the core aspects that make Battlefield Battlefield.

“But making it a sport means that Battlefield can’t change from what Battlefield is. So, suppression’s in there, you have big open levels, you have small levels, you have tight urban settings, you have huge landscapes – you can do anything you want. But the sport remains a 5 vs. 5 offline,” he said. “So, offline, 5 vs. 5 – that’s what we’re going for. And we’re just going to feel the crowd, see what the crowd likes, see what the casters like, see what the casters think of the game in general. We had Corey Dunn and Goldenboy FTW casting E3, casting Gamescom. They did an amazing job. And also the amazing team behind this did an amazing job. So, we’re just going to feel the crowd and see where it takes us, but the sport is what we’re going to reach.”

To clarify, suppression has been tweaked in Battlefield 4 to affect those only under fire from weapons like LMGs, not all weapons, as in Battlefield 3.

To boost Battlefield 4’s career in eSports, Xbox is hosting a US vs Europe tournament in London, UK this November, which you can earn the chance to win a trip to. Check out the details here.

What do you guys think of Battlefield 4’s more eSports-friendly direction? Is it something you are particularly interested in?