DICE Tech Director: Battlefield 4 ‘Graphics At Release Will Be Better and/or Faster’

While it might mostly pertain to the PC version of the game, Andersson confirms that not all graphical options are available in the currently ongoing beta and that performance is not final.

According to him, the game’s visuals will “be better and/or faster” at release. 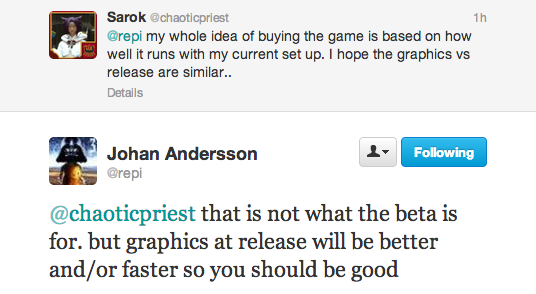 He was also able to re-confirm that downscaling and upscaling your performance to better suit your rig will be an important option available to all users on the PC at launch. 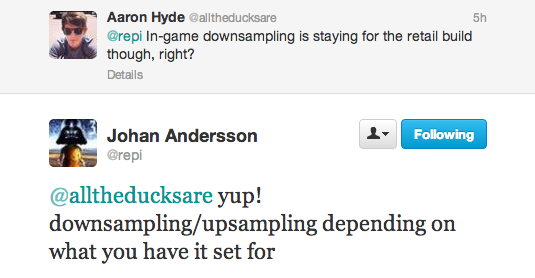 For the console crowd currently enjoying the beta on the Xbox 360 or PlayStation 3, you should take comfort in knowing that, as was the case with Battlefield 3, Battlefield 4 will most likely launch with the option to download a high-resolution texture pack, cleaning up those muddy textures you may currently be experiencing in the beta. This has yet to be confirmed, however.

So, keep positive while in the Battlefield 4 beta, but be sure to report gameplay bugs or tech issues in the official forums.